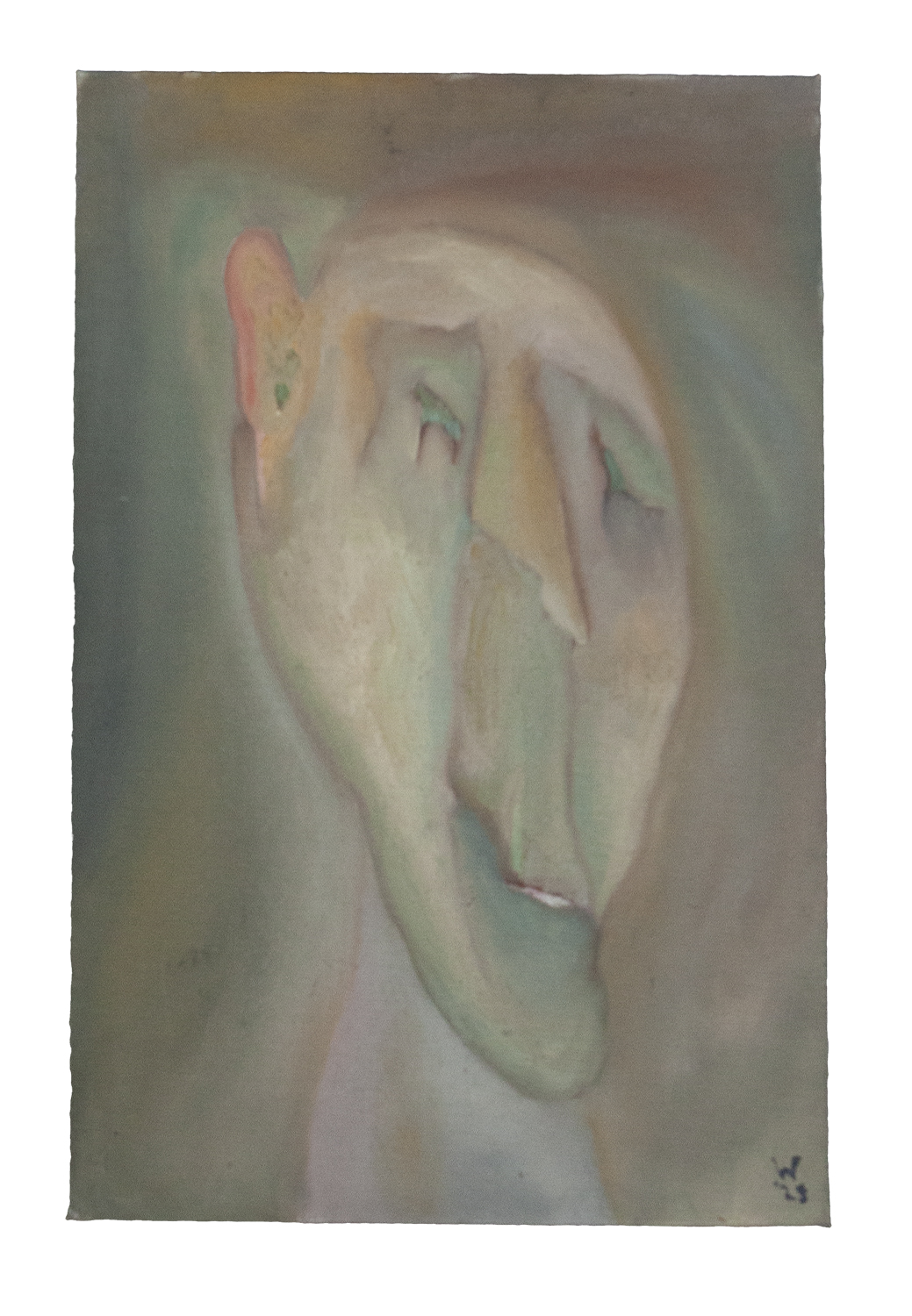 Erich Wichman, officially Wichmann, was a Dutch artist, eccentric, anti-parliamentary troublemaker, co-founder of the 'Rapaillepartij', anti-bourgeois writer and, towards the end of his life, attracted to fascism. From 1914 on, he would devote himself entirely to art and the following years were characterized by Wichmann's search for affiliation with the Dutch contemporary art world. He became involved in numerous art and artist groups. In 1916 he was married to Leni Kampfraat, a diamond polisher. At the same time, the collaboration with the Utrecht Silver Factory van Begeer started. Between 1917 and 1919 he manufactured all kinds of decorative and everyday objects at Begeer. However, he did not succeed in breaking through definitively. Wichman repeatedly turned to Begeer for financial support, as can be read in 'Geest, koolzuur en zijk. Briefwisseling'. Verz. en toegel. d. F.J. Haffmans. - This "maskerkop", is painted in an expressionistic way and fairly similar to a self-portrait from the same year in the Centraal Museum, Utrecht. Only some 50 paintings were made by Wichman in the period 1912-1928, according to Van Burkom (2019). From the estate of C.A.J. Begeer. - Pictured in the book (p. 91): 'Erich Wichman 1890-1929 tussen idealisme en rancune'. 1983 by F. v. Burkom (not present in his revised 2019 edition); See also: https://www.artsalonholland.nl/collectie-kunst-musea/erich-wichman-zelfportret