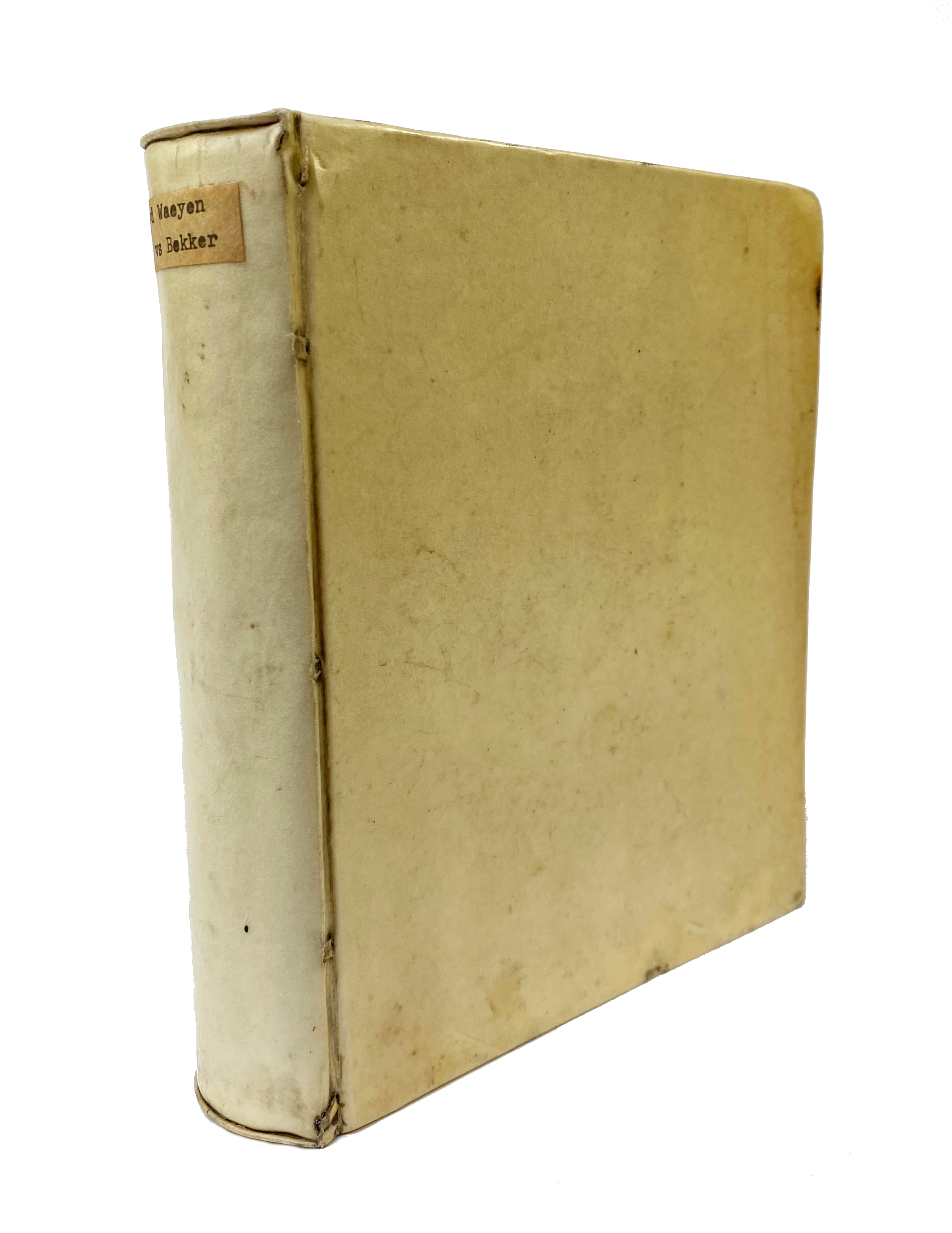 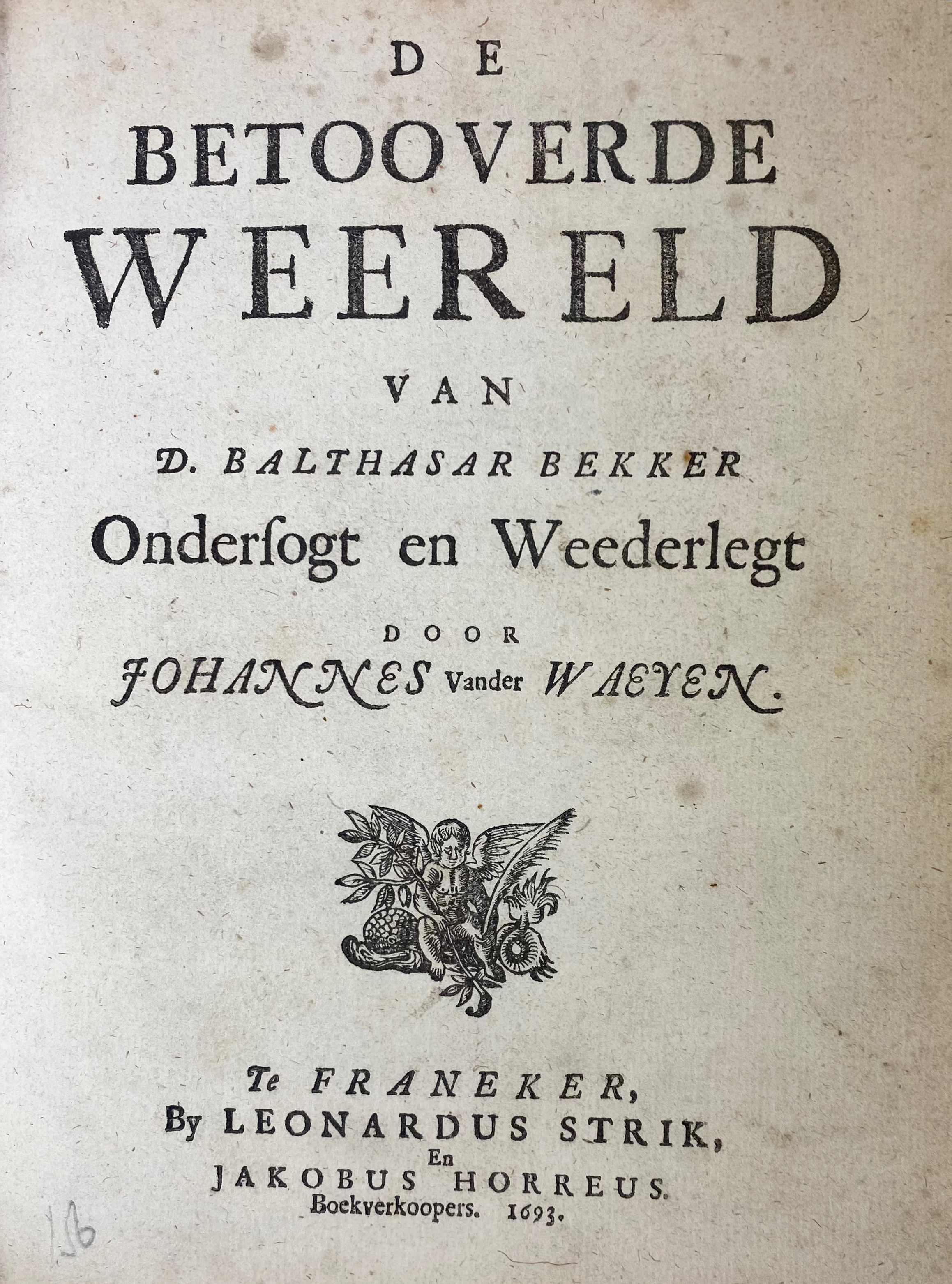 Against Bekker's then recently published 'Betoverde Weereld' in which Bekker i.a. denied the existence of witches, ghosts and the Devil and which immediately had an immense, and in the eyes of the Church, alarming success. According to his introduction, Vander Waeyen wrote his polemic against Bekker's work in order to 'make Bekker and those of the same mind change their minds through better teachings, and arm others against his errors'. - Van der Linde 156.