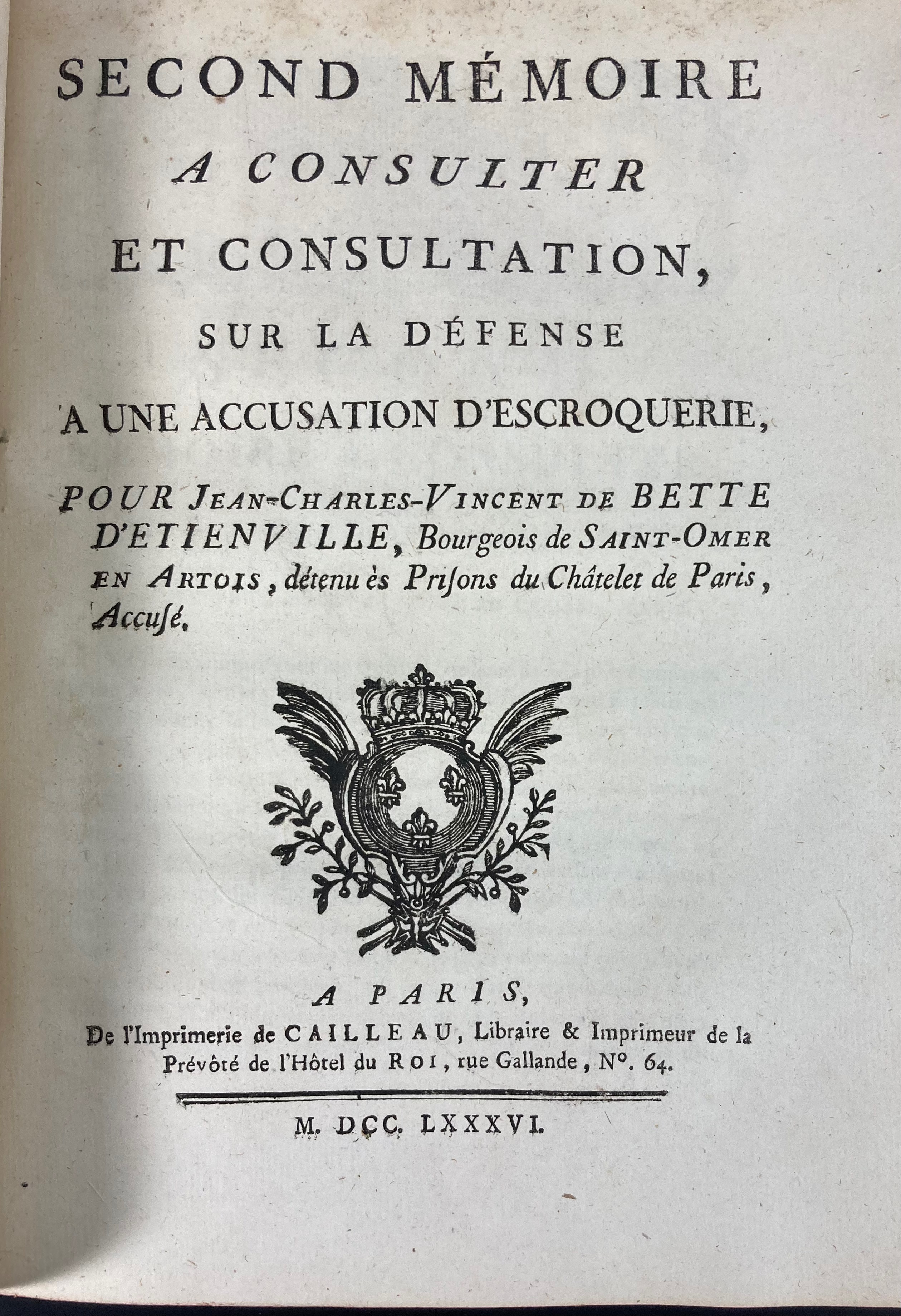 Rare collection of contemporary testimonies relating to what became known as the 'Affaire du Collier de la Reine'. The 'diamond necklace affair' is a scandal that played out at the French court. The event is historically important, because it was one of the (indirect) triggers for the French Revolution. The role that Marie-Antoinette may have played remains obscure, but the discredit that this affair brought to the monarchy was very important. Only a few years later, she would face the guillotine, the dying symbol of the corruption of the ancien régime. This dark intrigue fixed the attention of all Europe and was one of the most characteristic episodes of the last days of the monarchy. The investigation of the trial lasted more than ten months. The main accused were Madame de La Motte, Le Cardinal de Rohan, Réteaux de Villette, Miss Legay d'Oliva and Cagliostro.