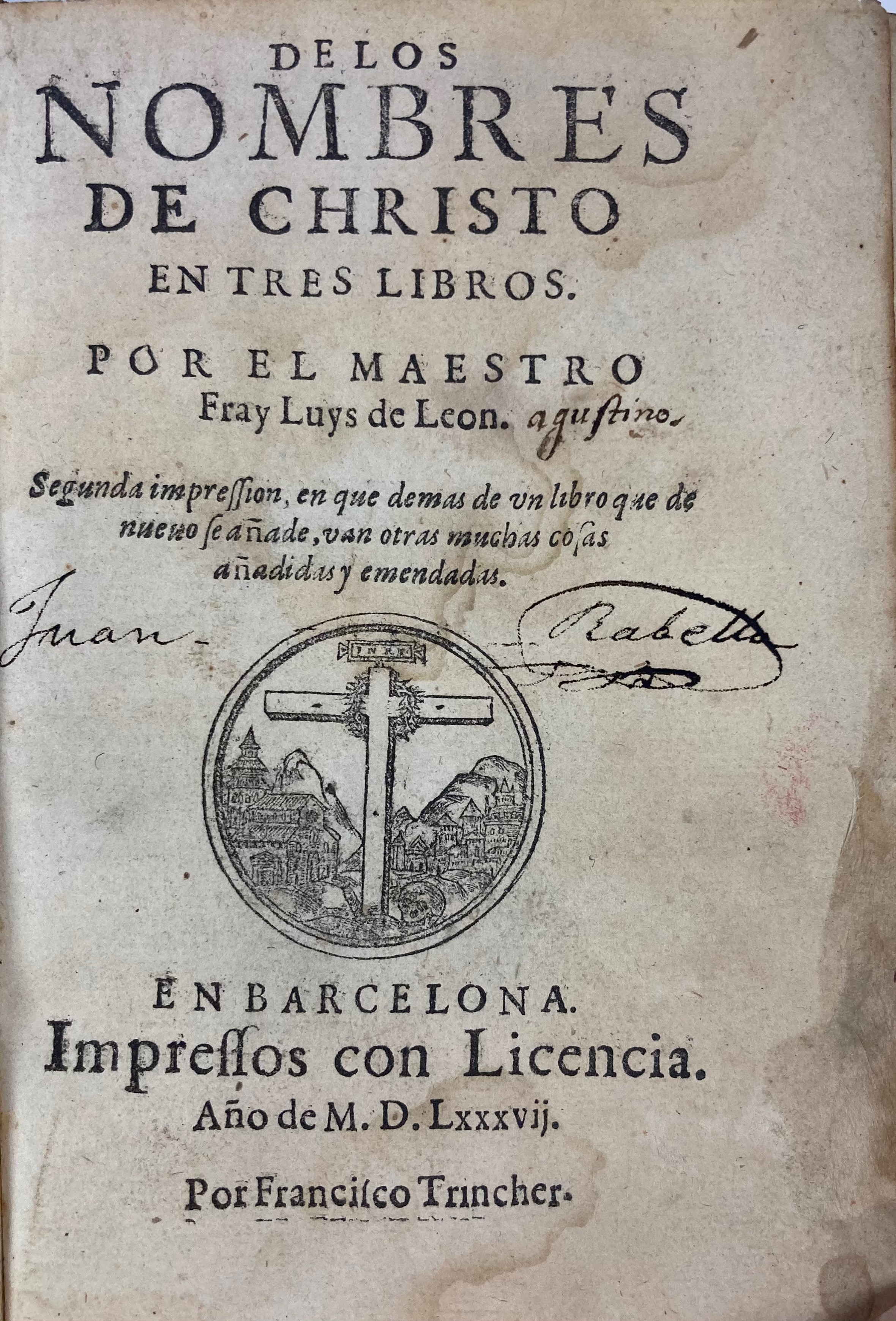 Luys de Leon (1527-1591), poet and professor at the University of Salamanca. Persecuted by the Inquisition, he was in prison for 5 years where he prepared 'The names of Christ' which was written as a guide to the layman about the essential principles of the church. It is written in dialogue form about three friends who discuss fourteen of the Scriptural names of Christ over a period of two days in a country estate. Each book ends in a lyrical meditation expressed in a poem. The predominant theme is the centrality and universality of Christ. Sold w.a.f., not subject to return. - Salva 1184 (ed. 1585); Cat. Heredia 4012.