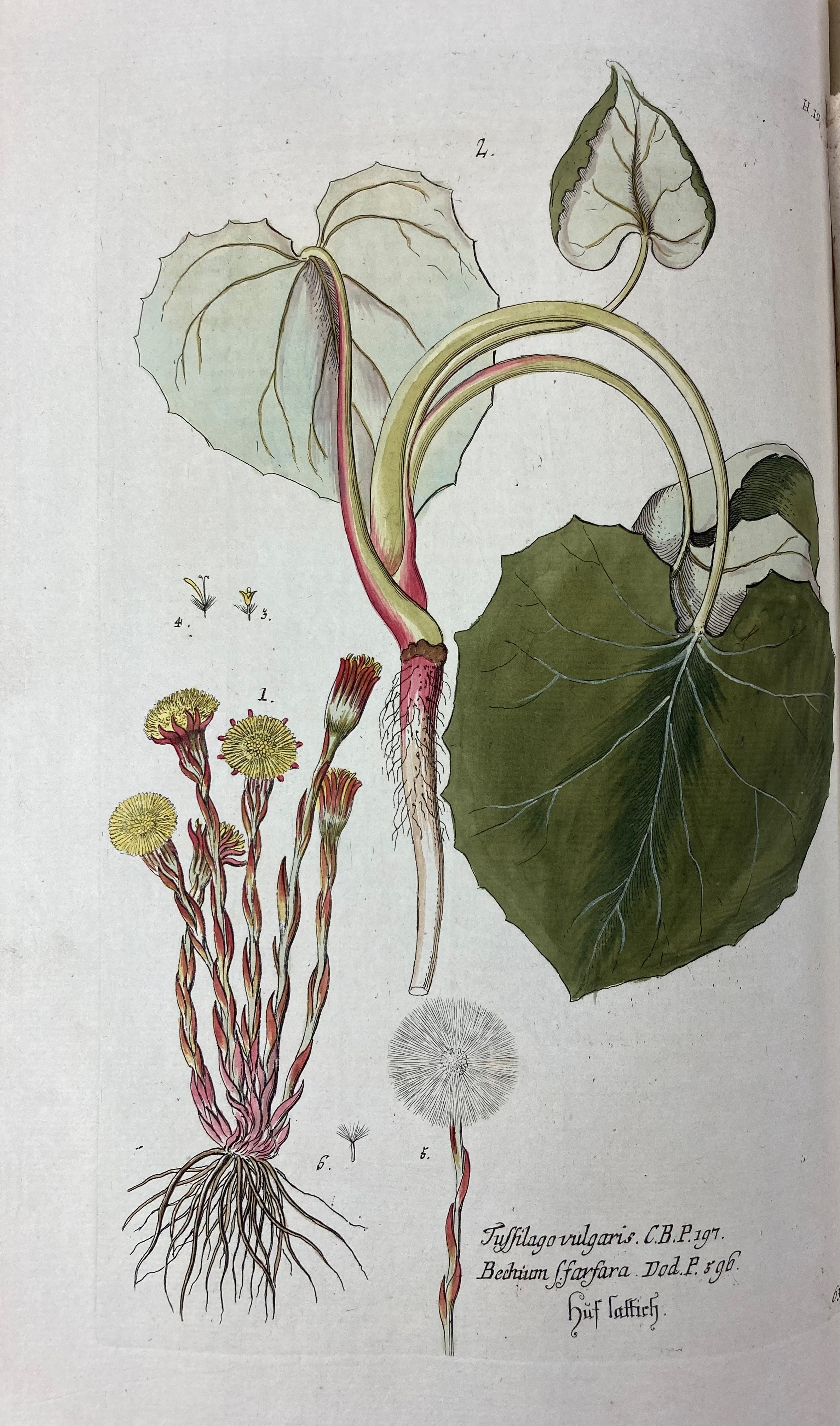 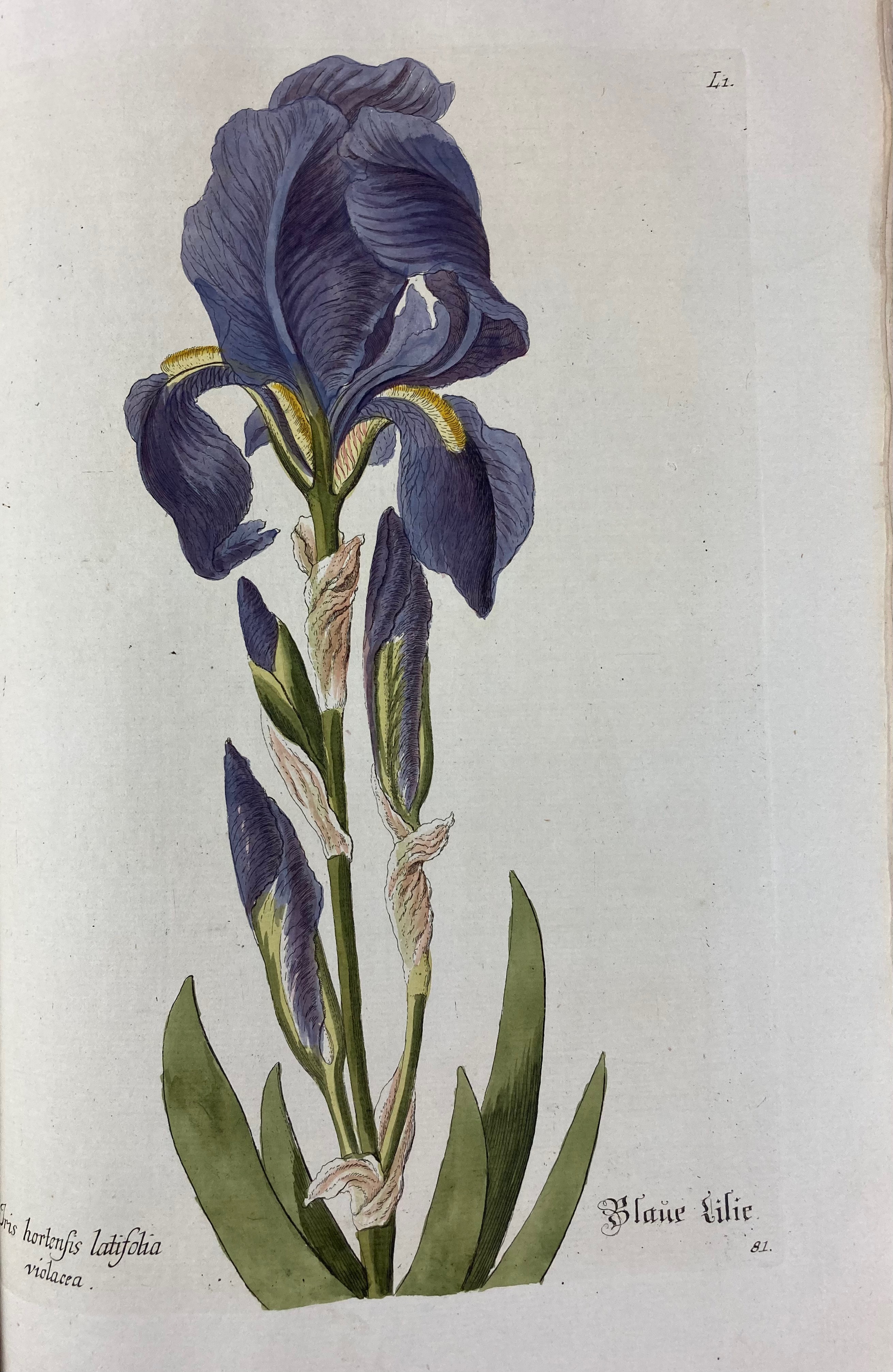 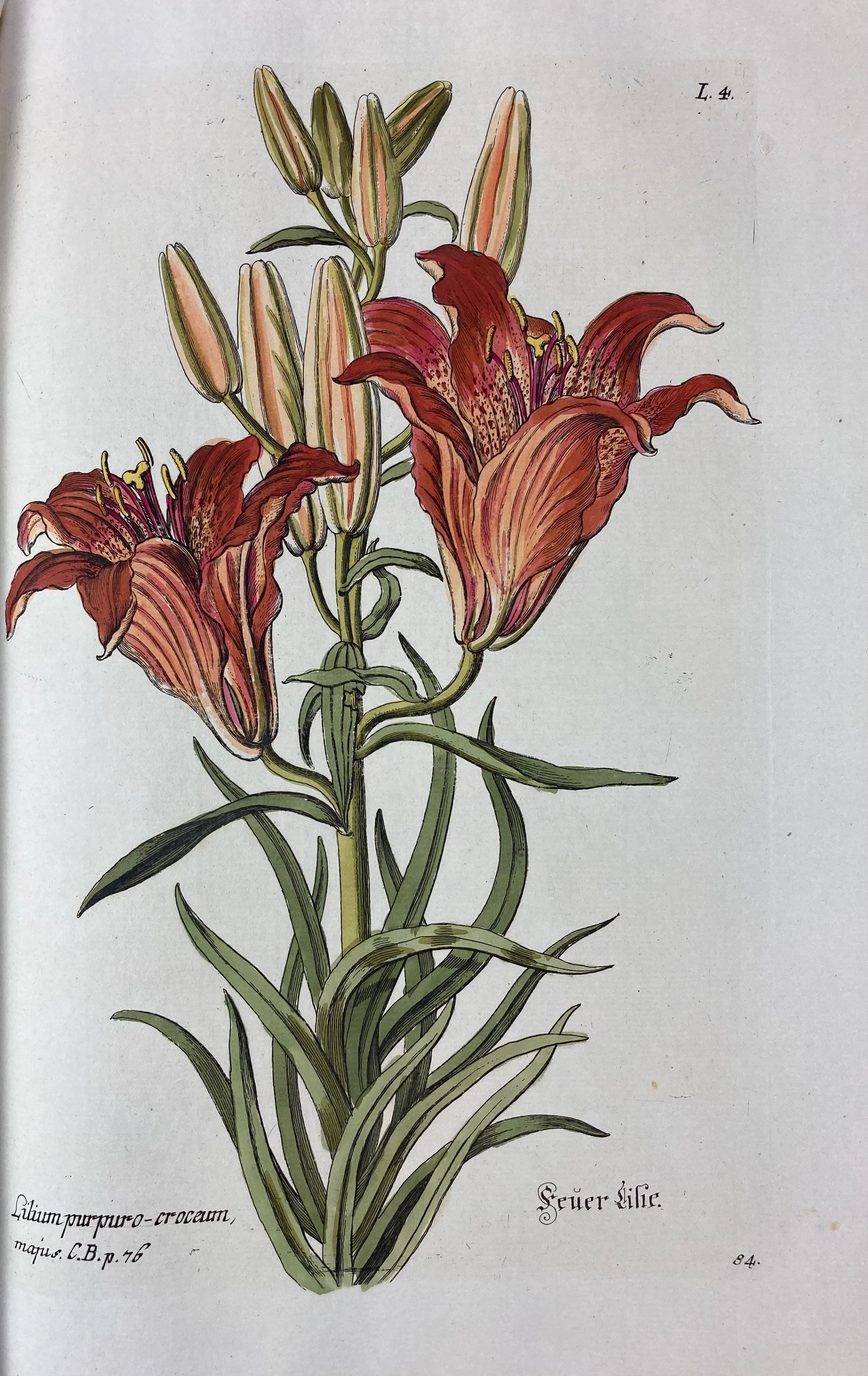 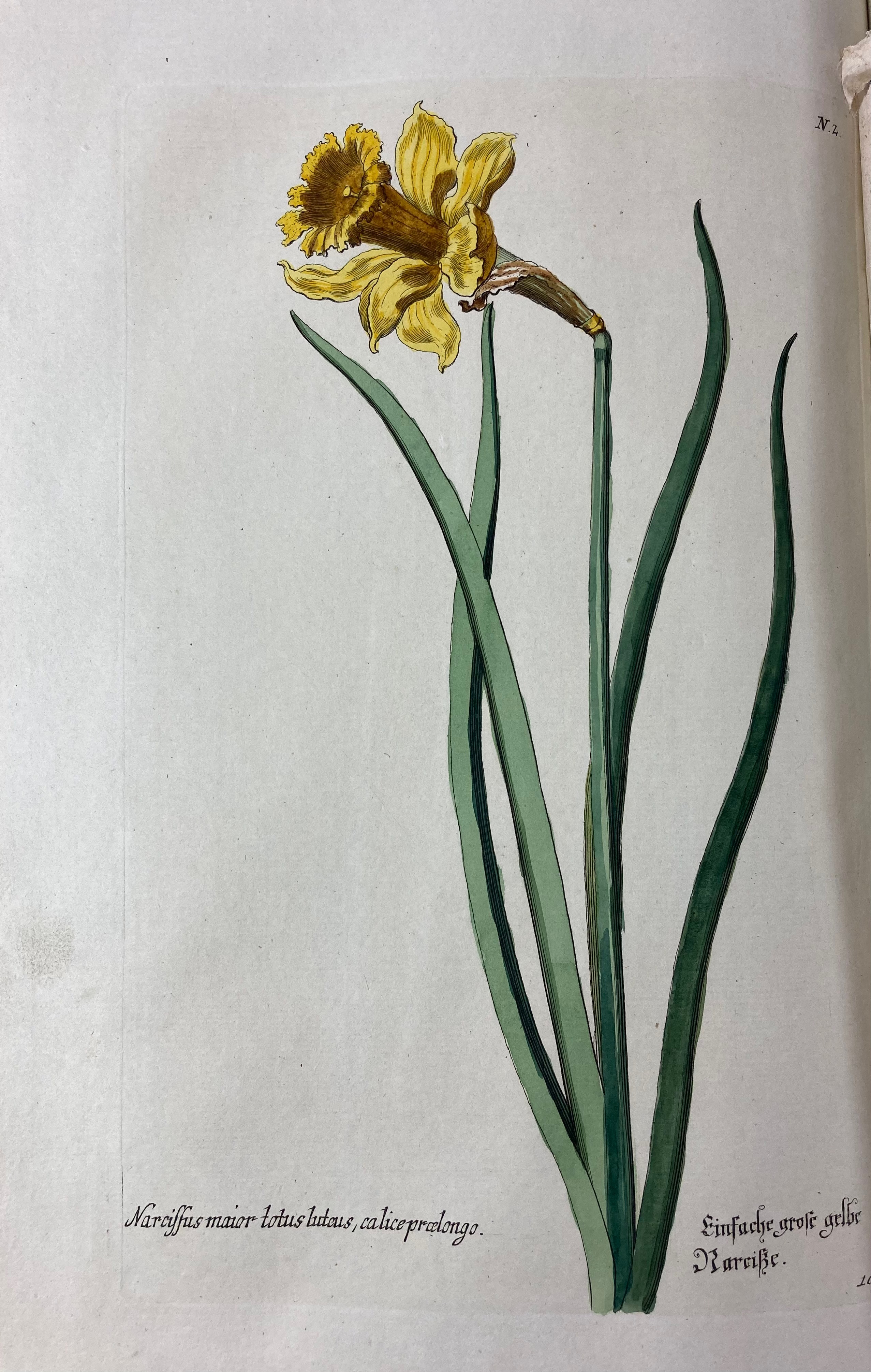 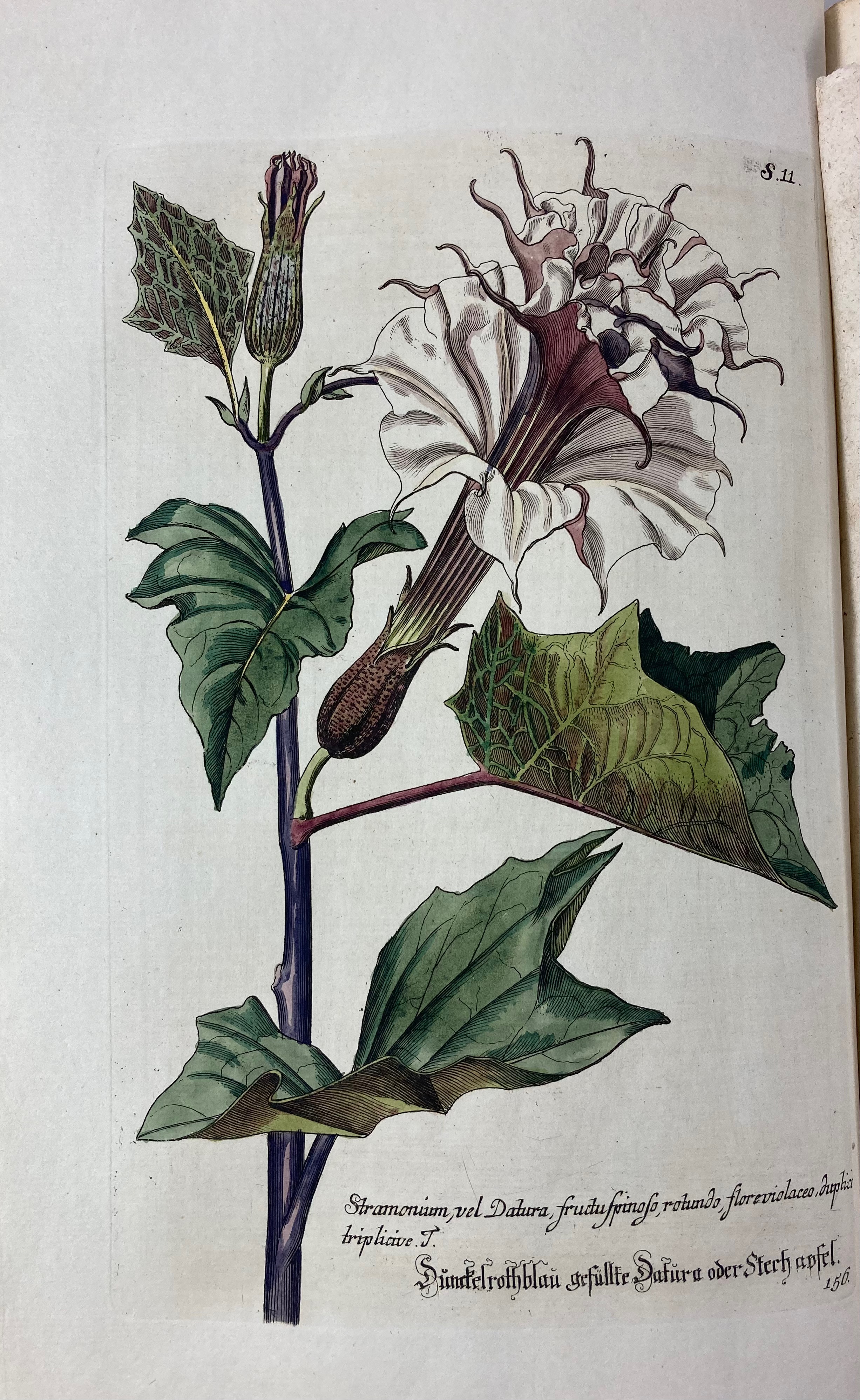 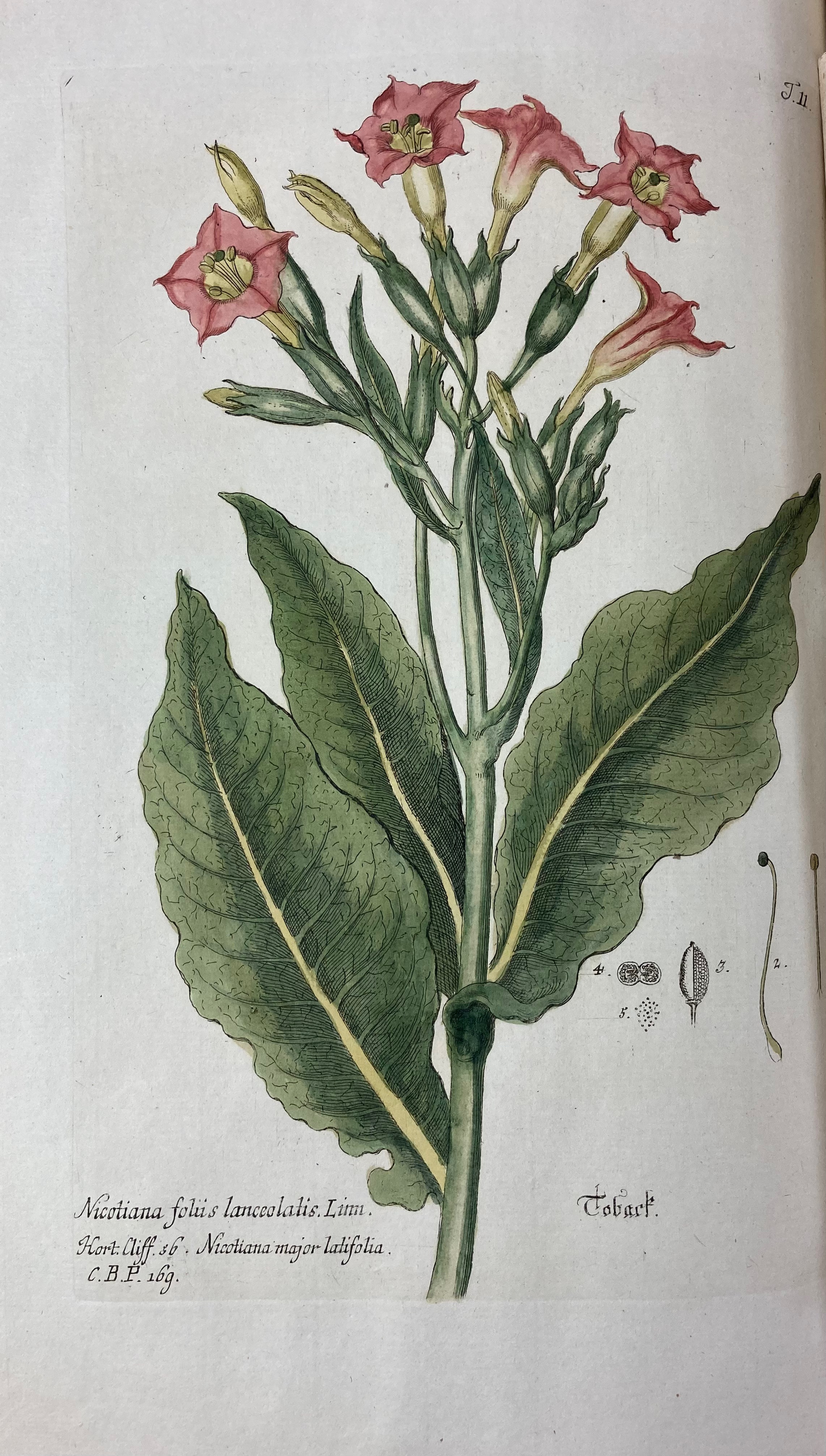 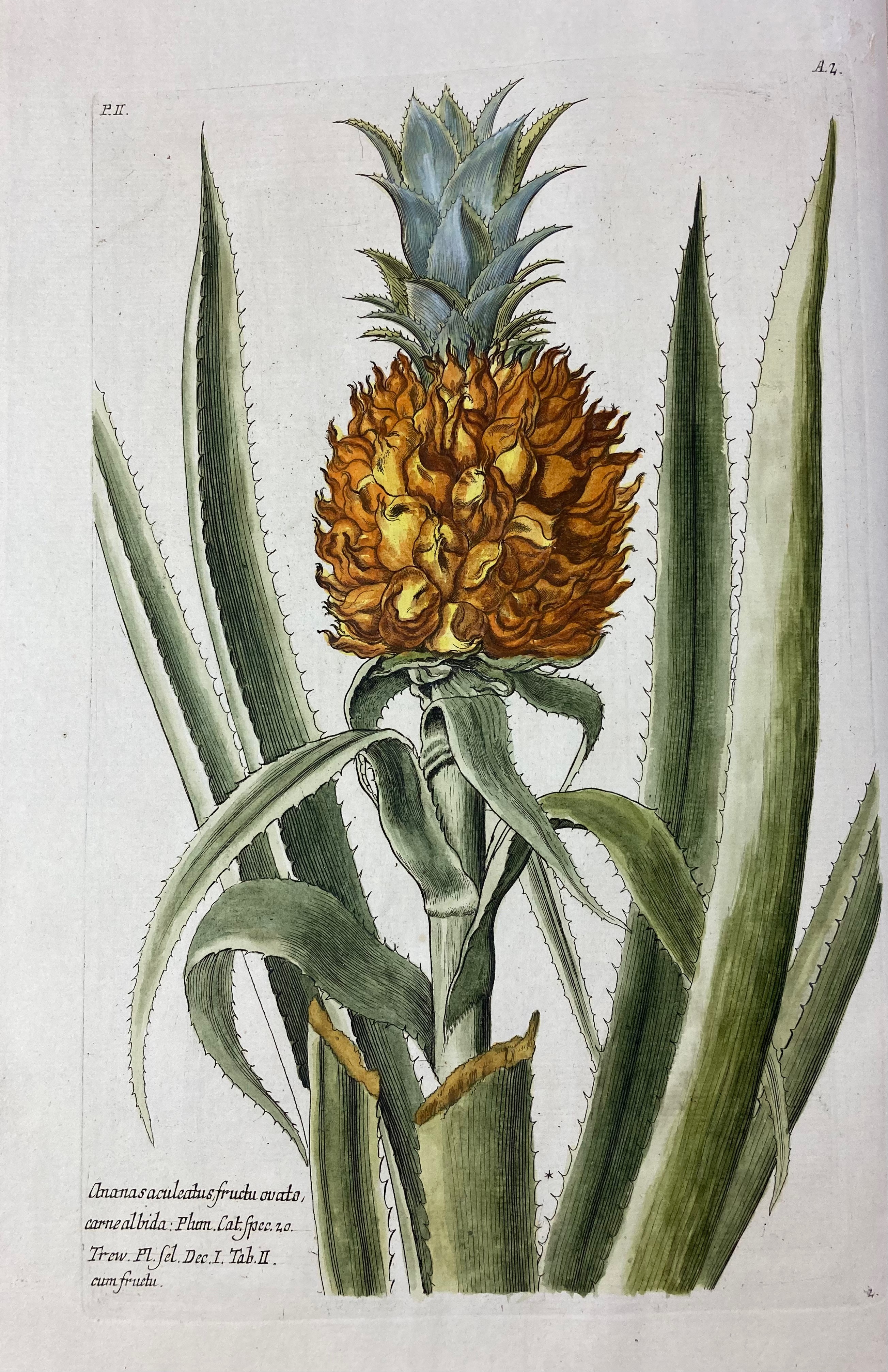 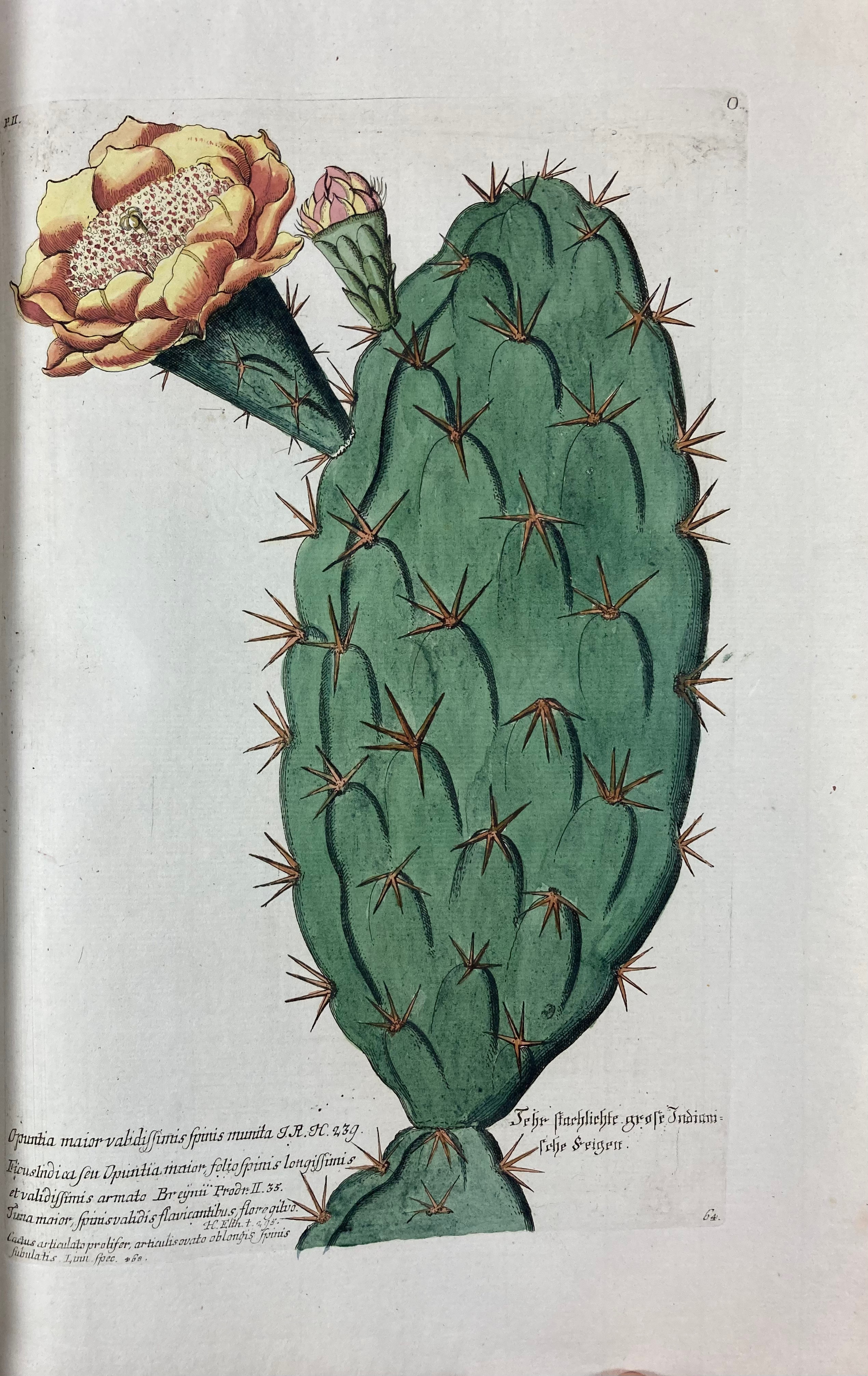 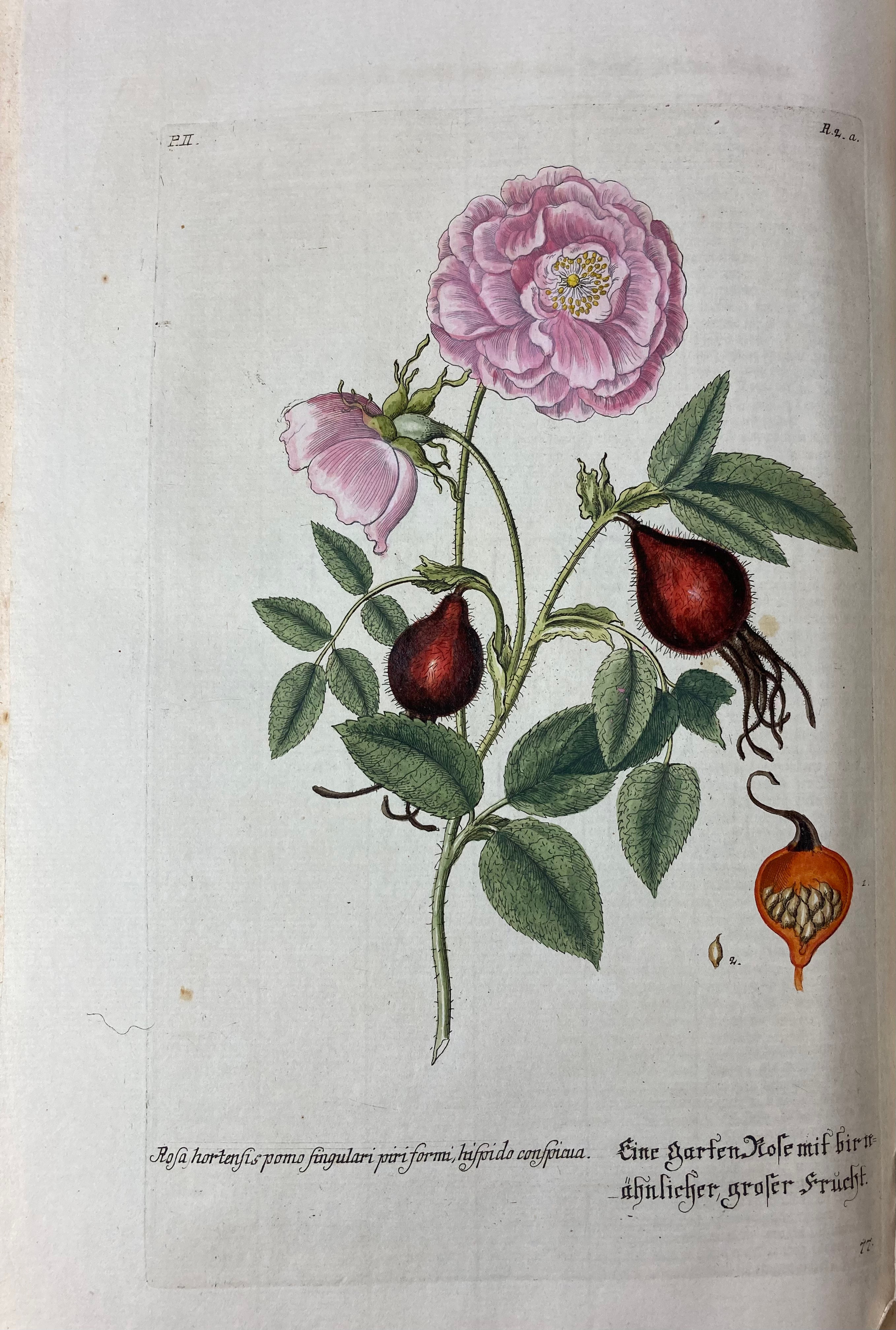 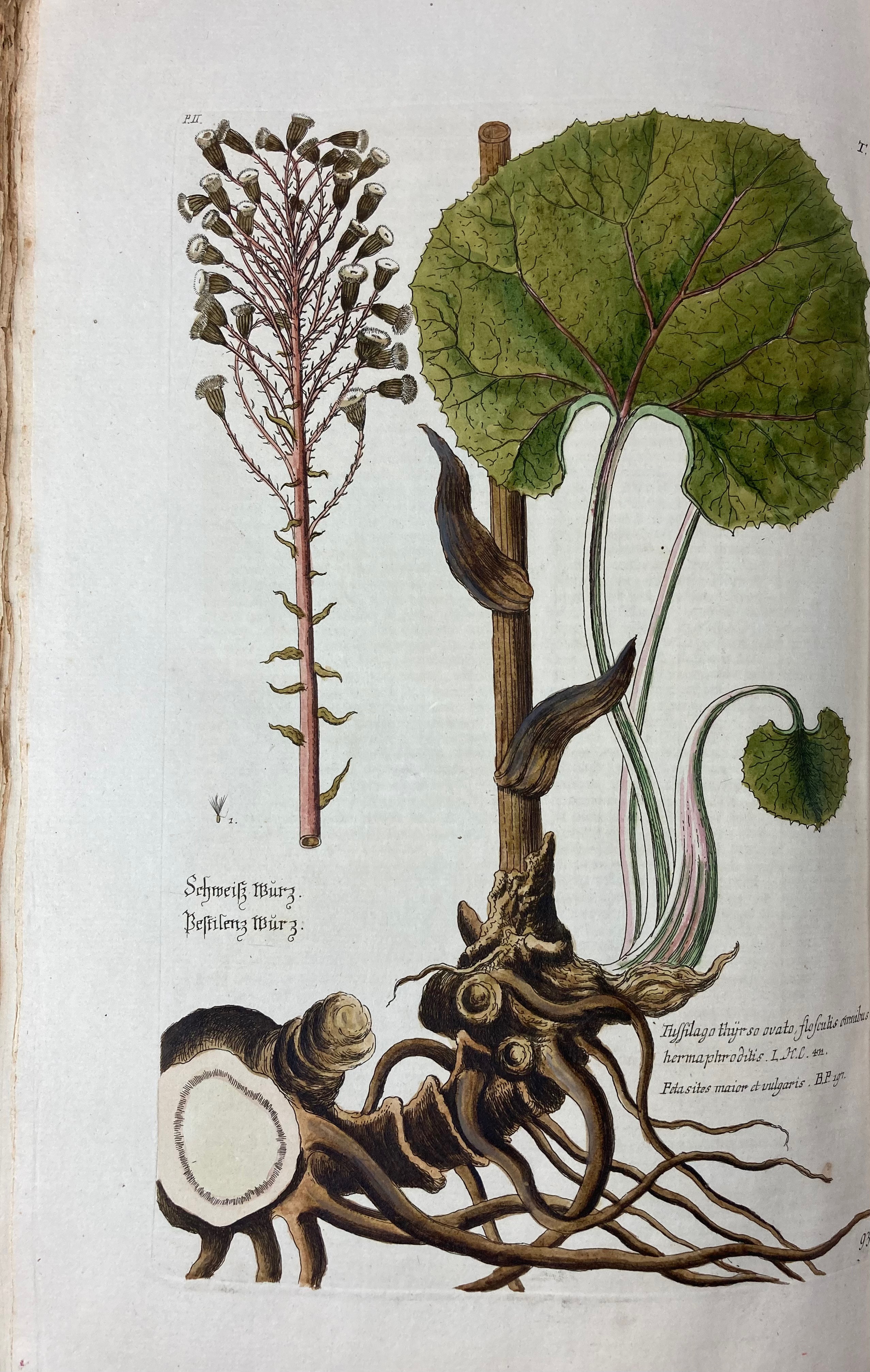 Georg Wolfgang Knorr (1705-1761), art dealer and famous copper engraver, especially for depictions of natural historical objects, who did well deserve the promotion of natural science of his time. He began with Leonh. Blanc to practice copper engraving in Nuremberg and helped Tyroll with the publication of Scheuchzer's 'Physica sacra', which led him to the natural sciences with a preference. With his 'Thesaurus rei herbariae hortensisque universalis', Knorr began the series of his scientific presentations. From 1750 until his death he was busy with the publication of this magnificent work. The description of the plants depicted was first provided by the famous botanist Ph.F.Gmelin in Tübingen, after his death in 1768 by G.R. Böhmer in Wittenberg. This is the third edition, which appears to be the rarest. The text is in Latin and German and the plants are described with names, synonyms, natural history, and occasionally also with reference to their medical use. The plates are in general very clean. A list of lacking plates (their numbers) available upon request. Sold w.a.f., not subject to return. - Nissen, BBI, 1081; Pritzel, nor Stafleu/C. mention this specific edition.