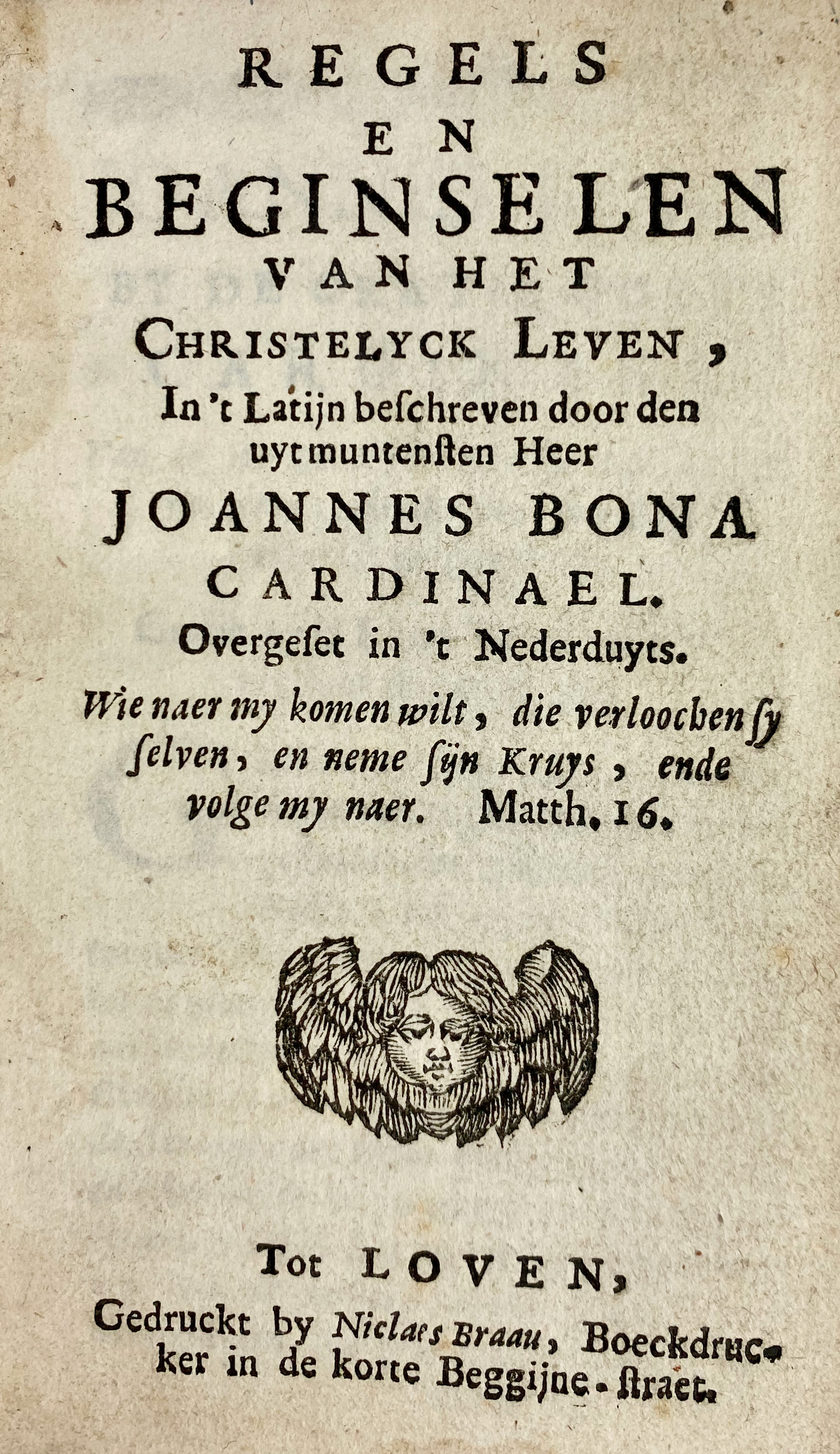 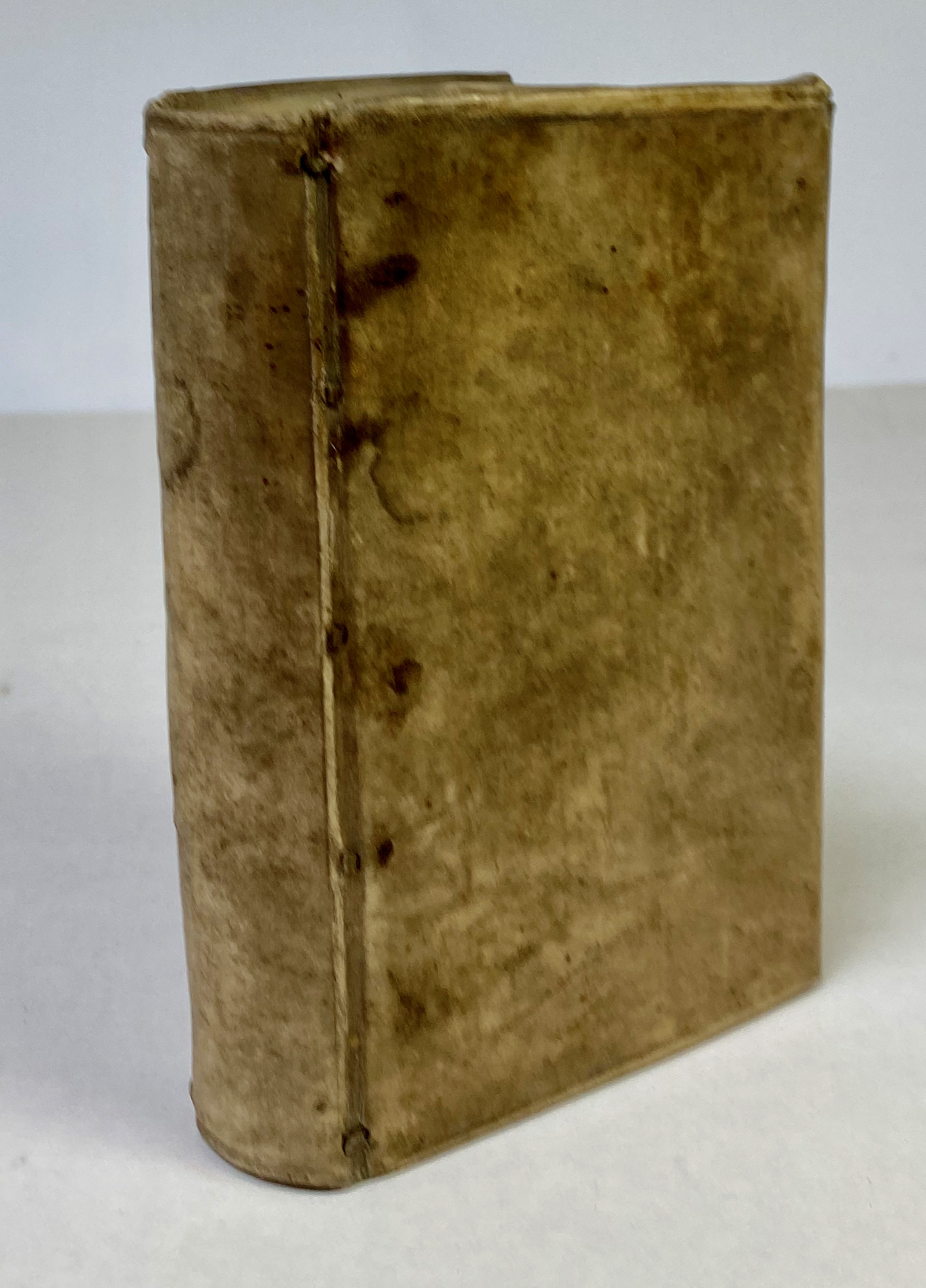 Early Dutch edition of Giovanni Bona's ascetical work concerning rules and principles of the Christian life. The first Latin edition appeared in 1673 under the title Principia et documenta vitae Christianae. Giovanni Bona (1609-74) was an Italian Cistercian, cardinal, liturgist and devotional author. The printer Claes Braau was active in Haarlem from 1671 till 1705 publishing also other Catholic works with a Louvain imprint to avoid difficulties with the Calvinist ministers. The work is dated here from the 'Censura', which is dated: Louvain, 1677. The only edition listed in the STCN is dated (1671) (?) and that edition apparently has an engraved title-page (3 copies mentioned). Other editions found recorded include an edition in Louvain (Hallegaerde, 1677) and in Brussels (1695).