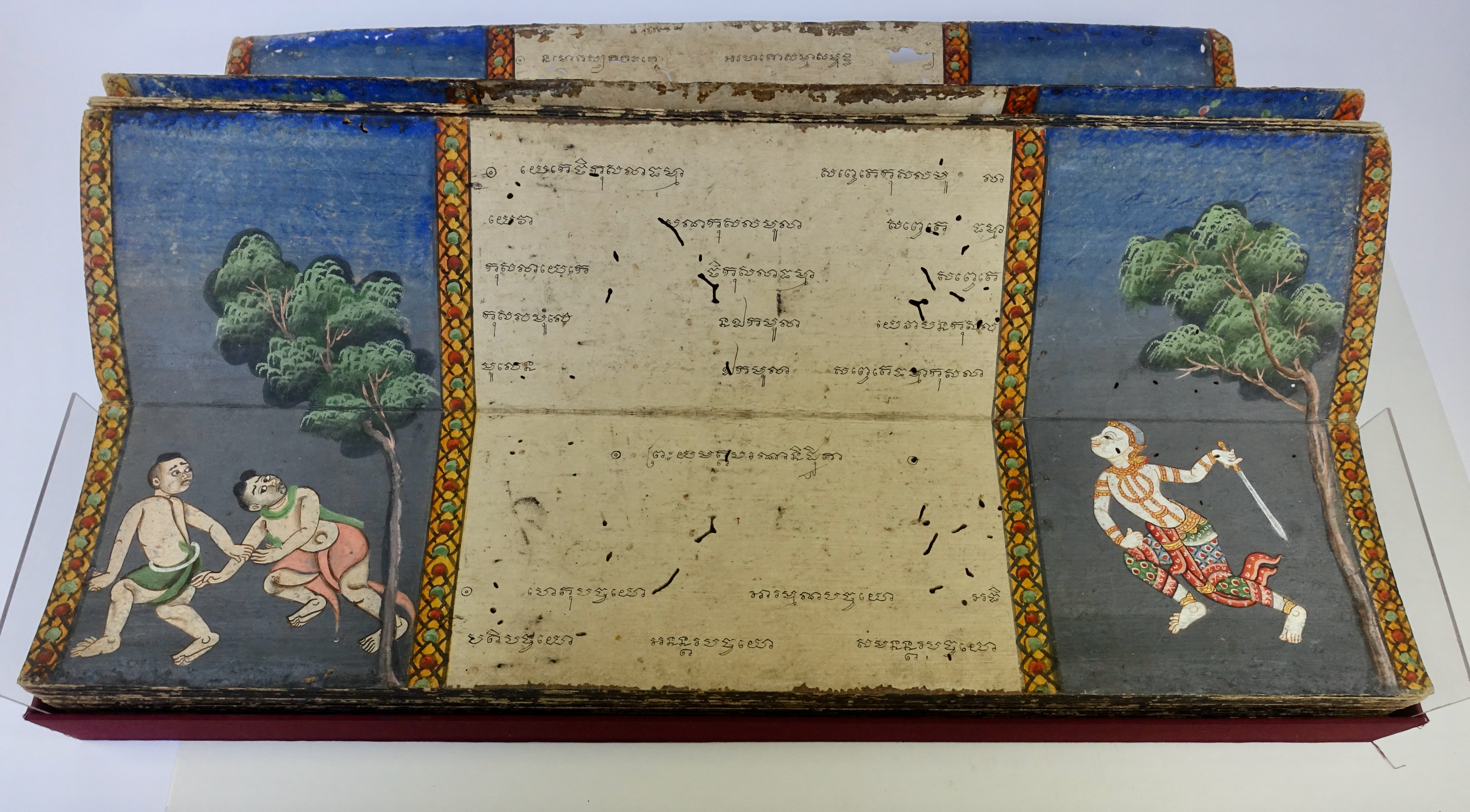 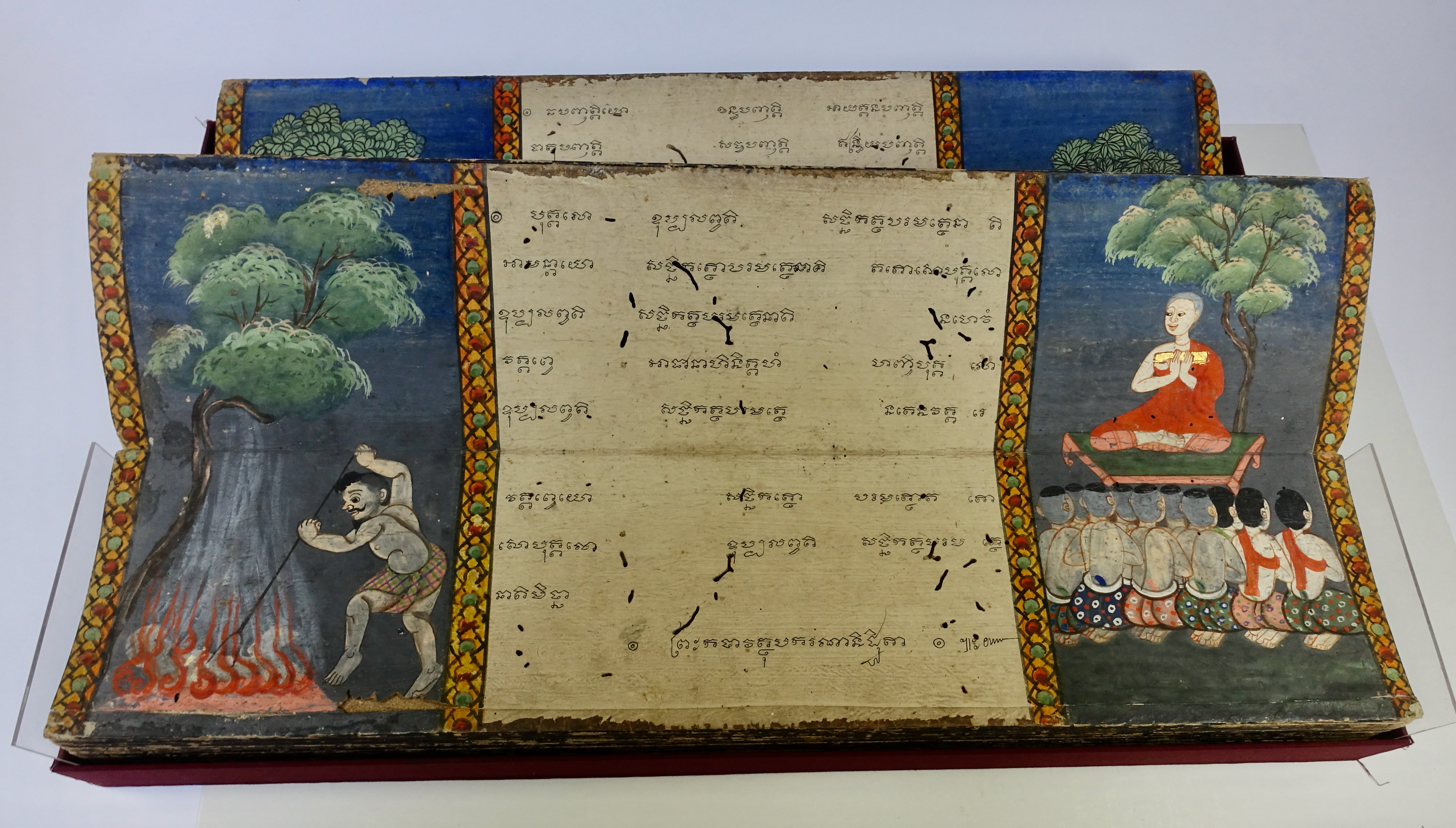 BUDDHIST THAI MANUSCRIPT PHRA MALAI. Leporello folding manuscript. N.d., c. 1900. Double-sided 96 foldout lvs. (145 x 685 mm). W. 18 illuminations (each c. 290 x 200 mm) and decorated borders in sets of two. Each pair on the outer edges with a text in between on five lines. In fine mod. custom made burgundy cloth box w. marbled paper inside. (Old wormholes (rather large at the beginning) and some other defects due to age and careless storage in the past).

The story of the Buddhist saint, Phra Malai, who travels to heaven and hell and shares the insights he learned from Maitreya with fellow monks and the laity, was thought to have been imported from Sri Lanka around the 13th century - about the same time that Singhalese texts were consulted in creation of the Sukhothai style. It became one of the most popular subjects of 19th-century illuminated Thai manuscripts, which were frequently donated to monasteries as acts of merit.