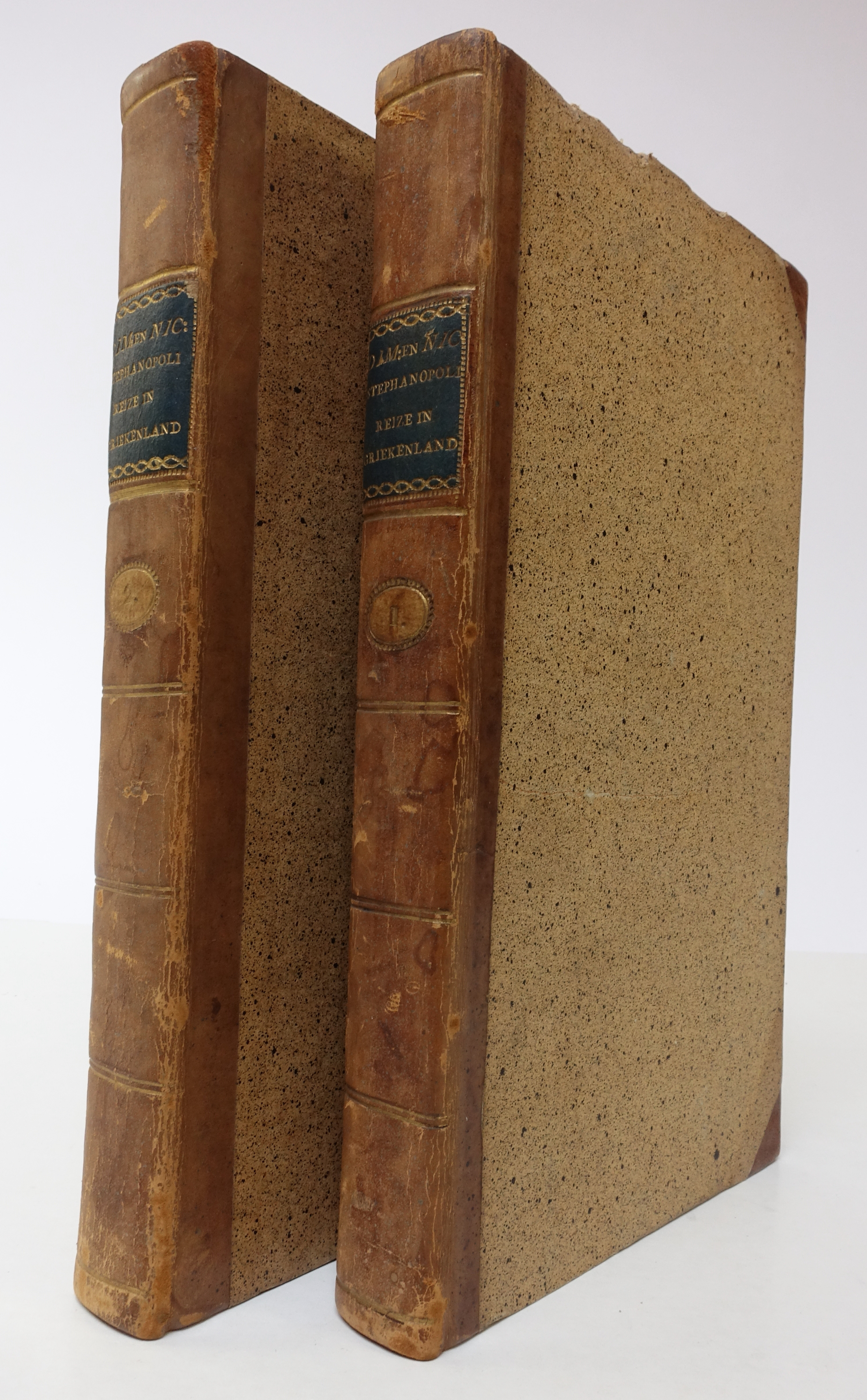 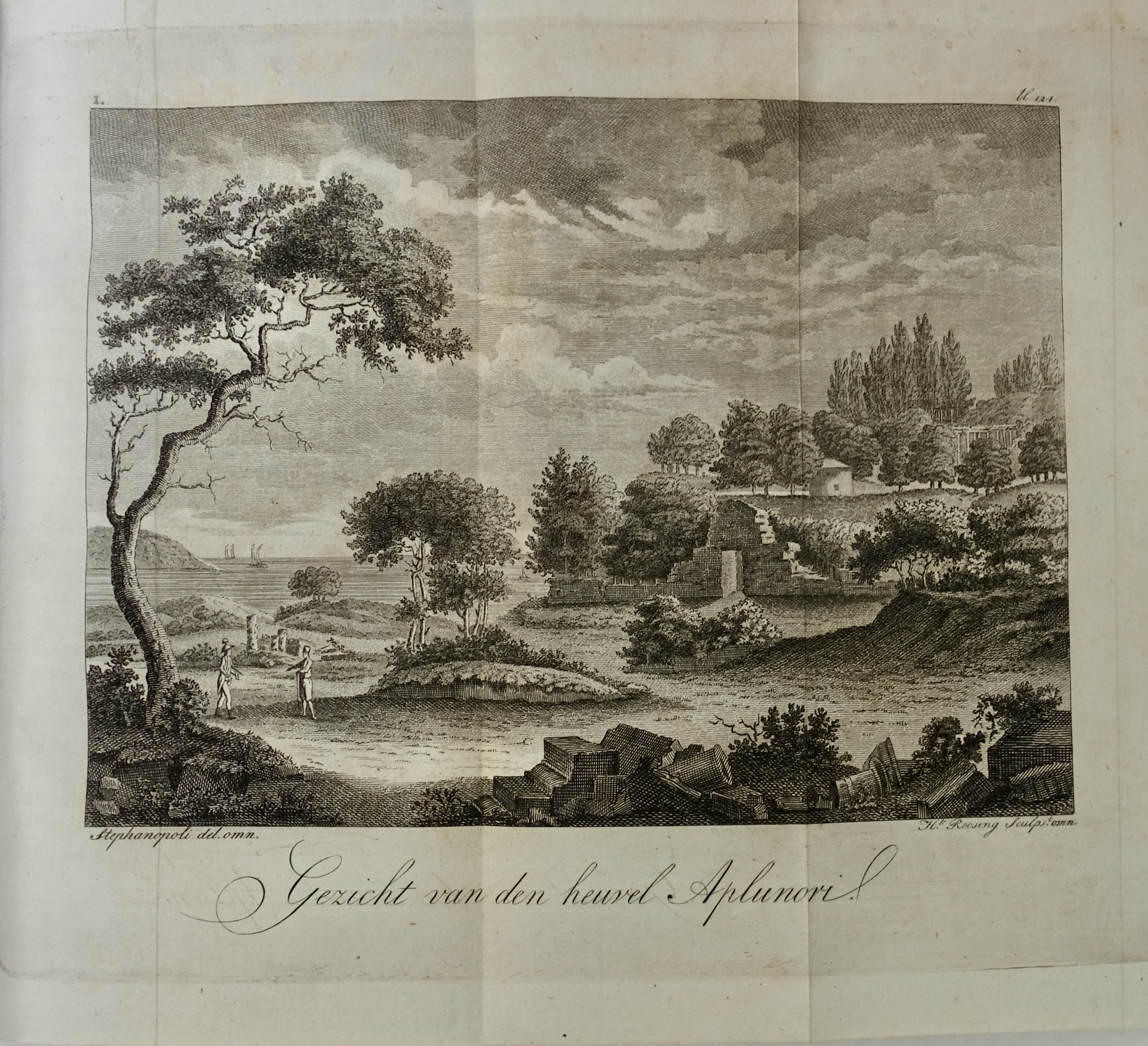 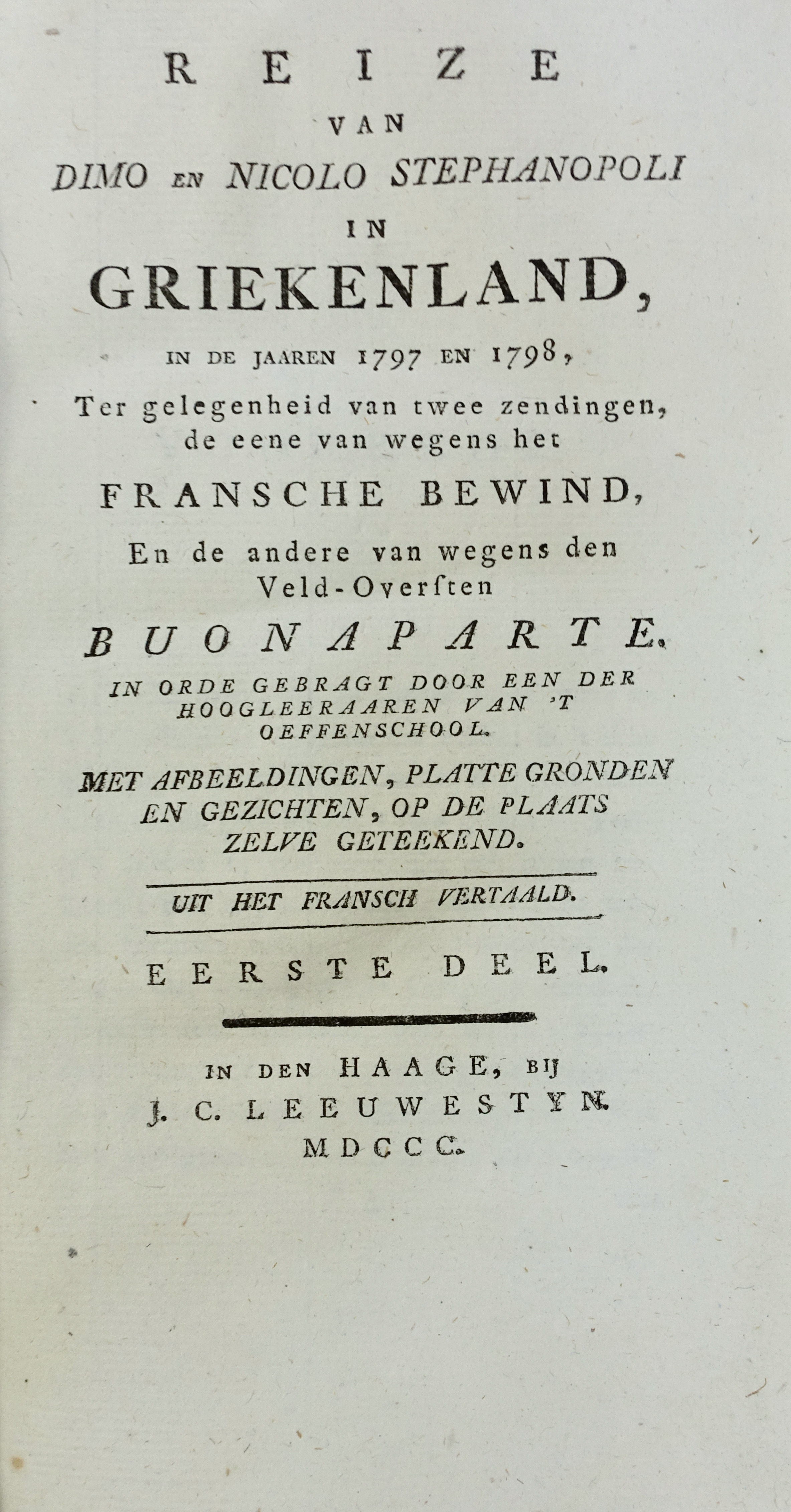 The Stephanopoli uncle and nephew, were descended from the Maniots who had established a colony at Corsica. They were on their way to the Ionian Islands in 1797 to search for medical plants when they were introduced to Napoleon at Milan. Apparently he suggested they act as French government agents, to contact the Maniot chieftains who had written by Serieys as propaganda for Napoleon. - Fine set of this first Dutch translation, published in the same year as the original French edition.