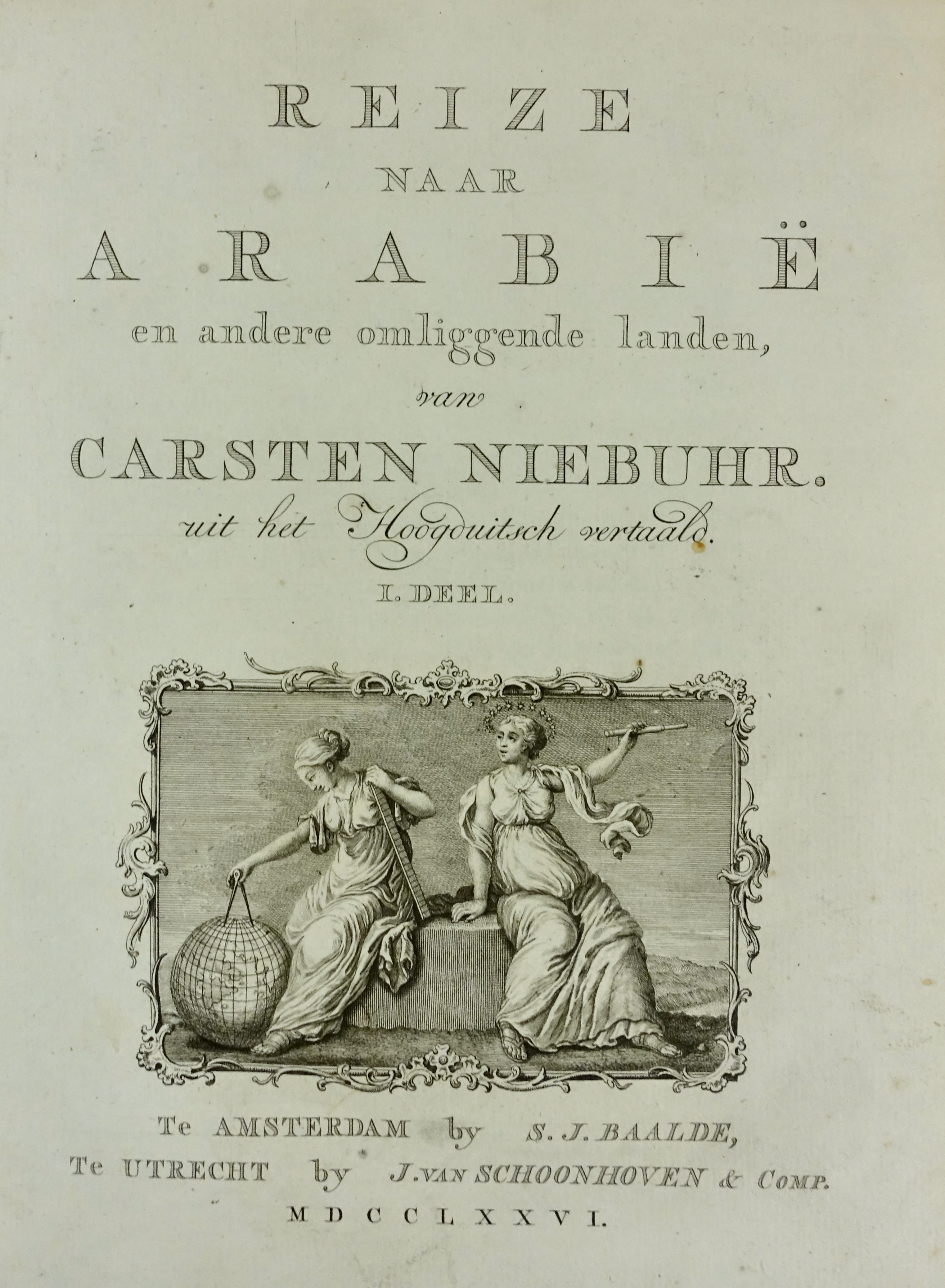 First edition in Dutch. This important and lavishly illustrated work on the Arabian peninsula and adjacent countries resulted from Carsten Niebuhr's participation as a mathematician, surveyor, astronomer and naturalist on the Royal Danish Expedition to Arabia (1761-67). Vol. 2 has a chapter on Persepolis and an extremely important contribution on cuneiform writing which ultimately lead to its decipherment. Before Niebuhr's publication, cuneiform inscriptions were often thought to be merely decorations and embellishments, and no accurate decipherments or translations had been made up to that point. Niebuhr demonstrated that the three trilingual inscriptions found at Persepolis were in fact three distinct forms of cuneiform writing to be read from left to right. - Tiele 795; Cat. NHSM, 258.