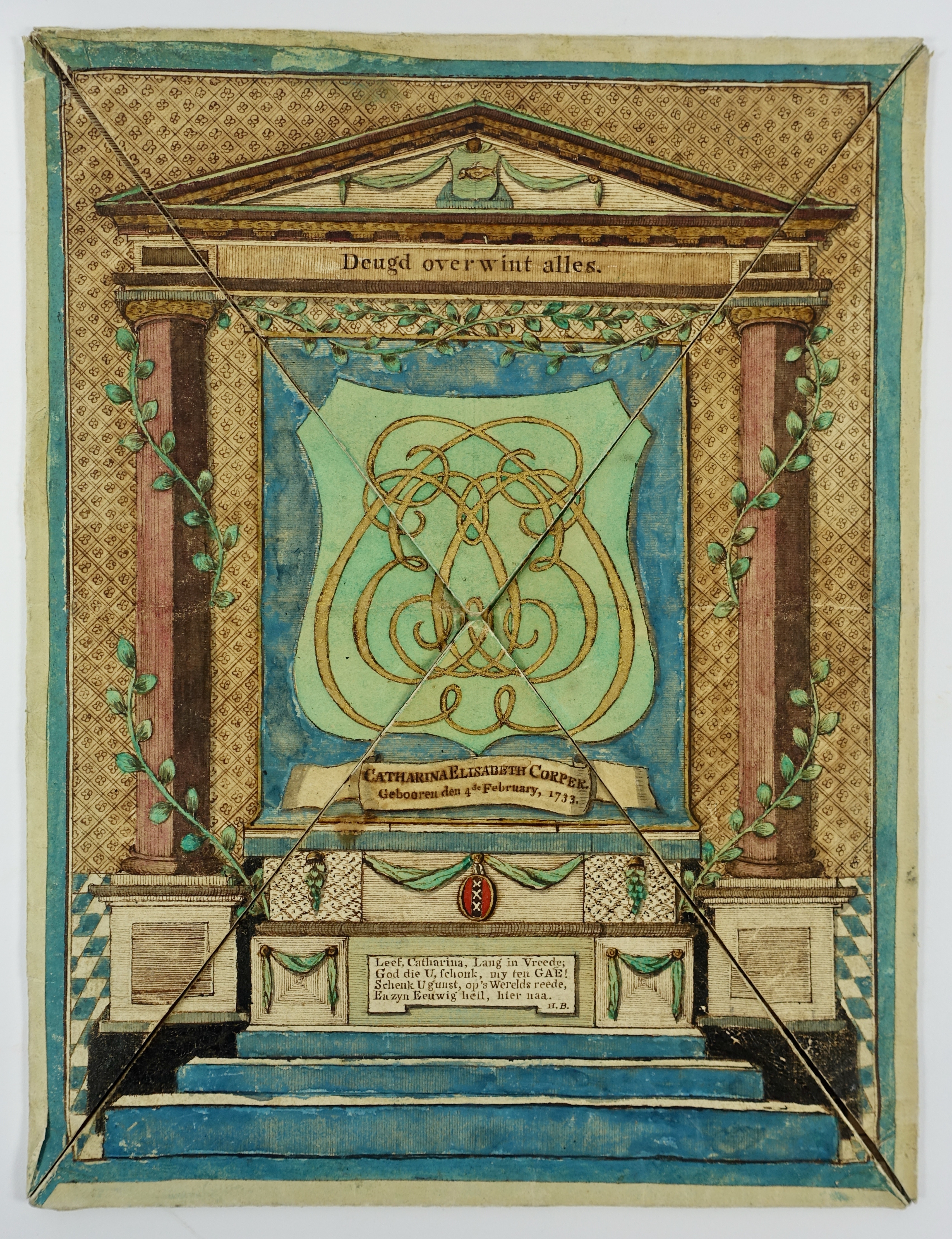 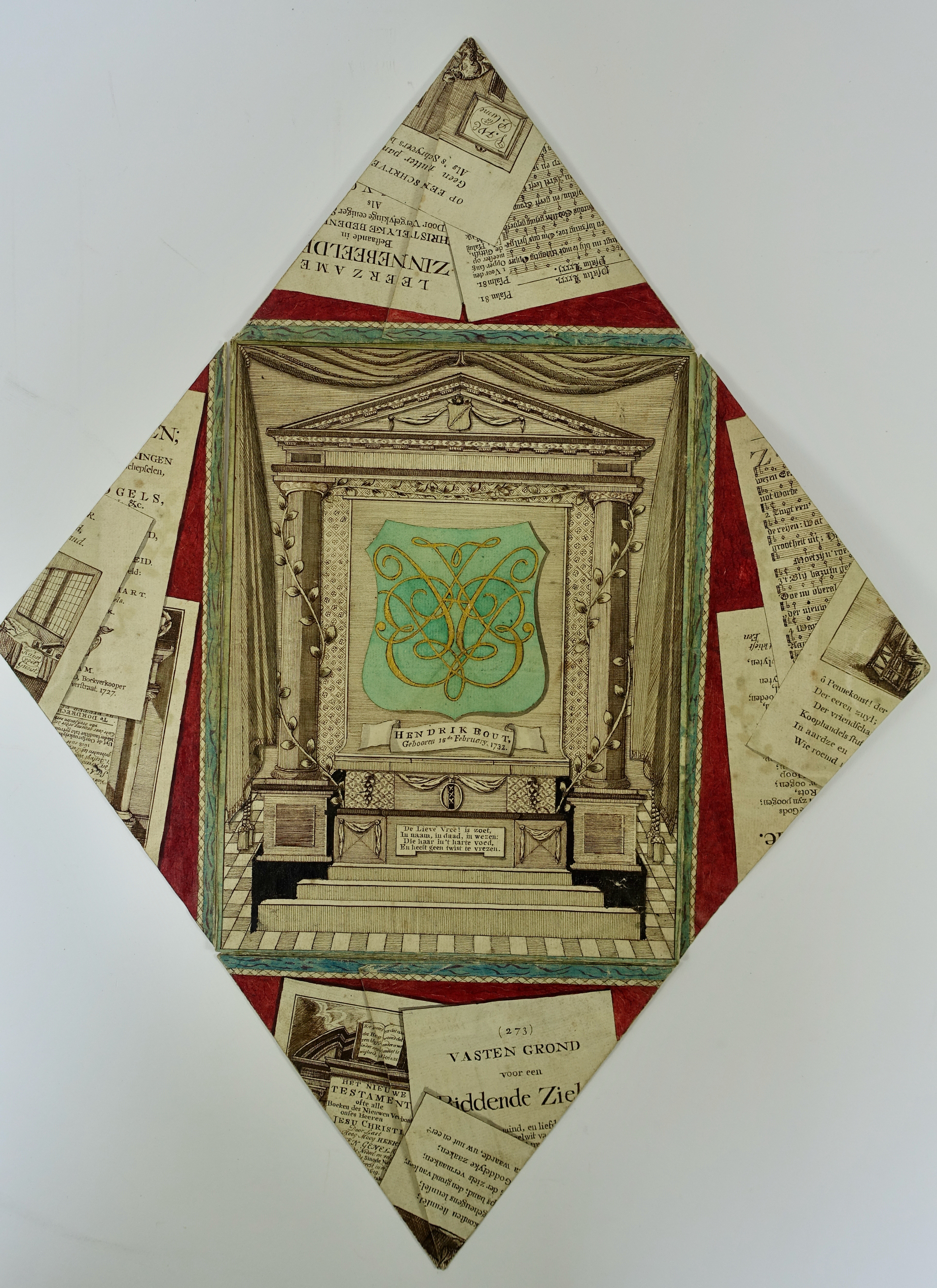 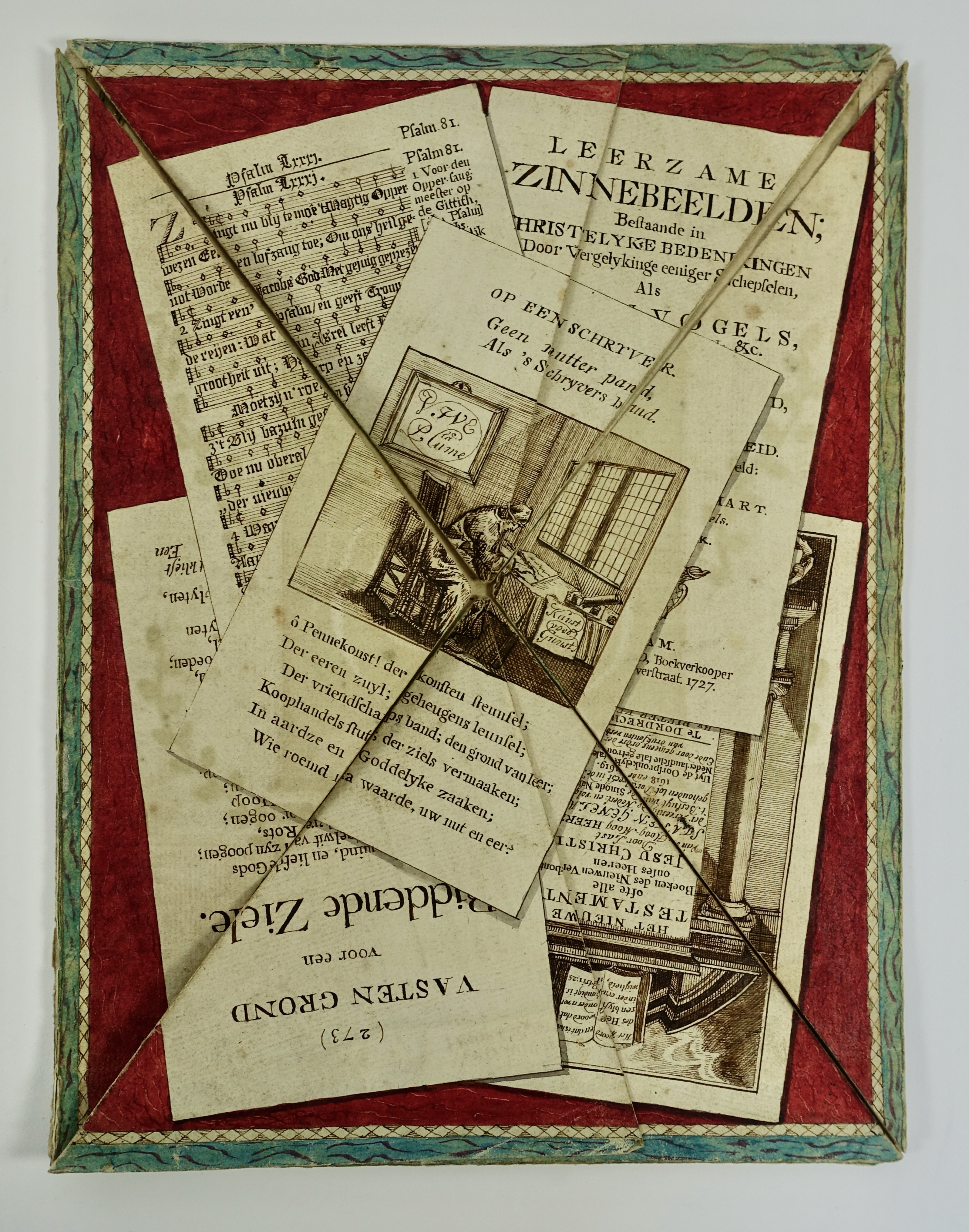 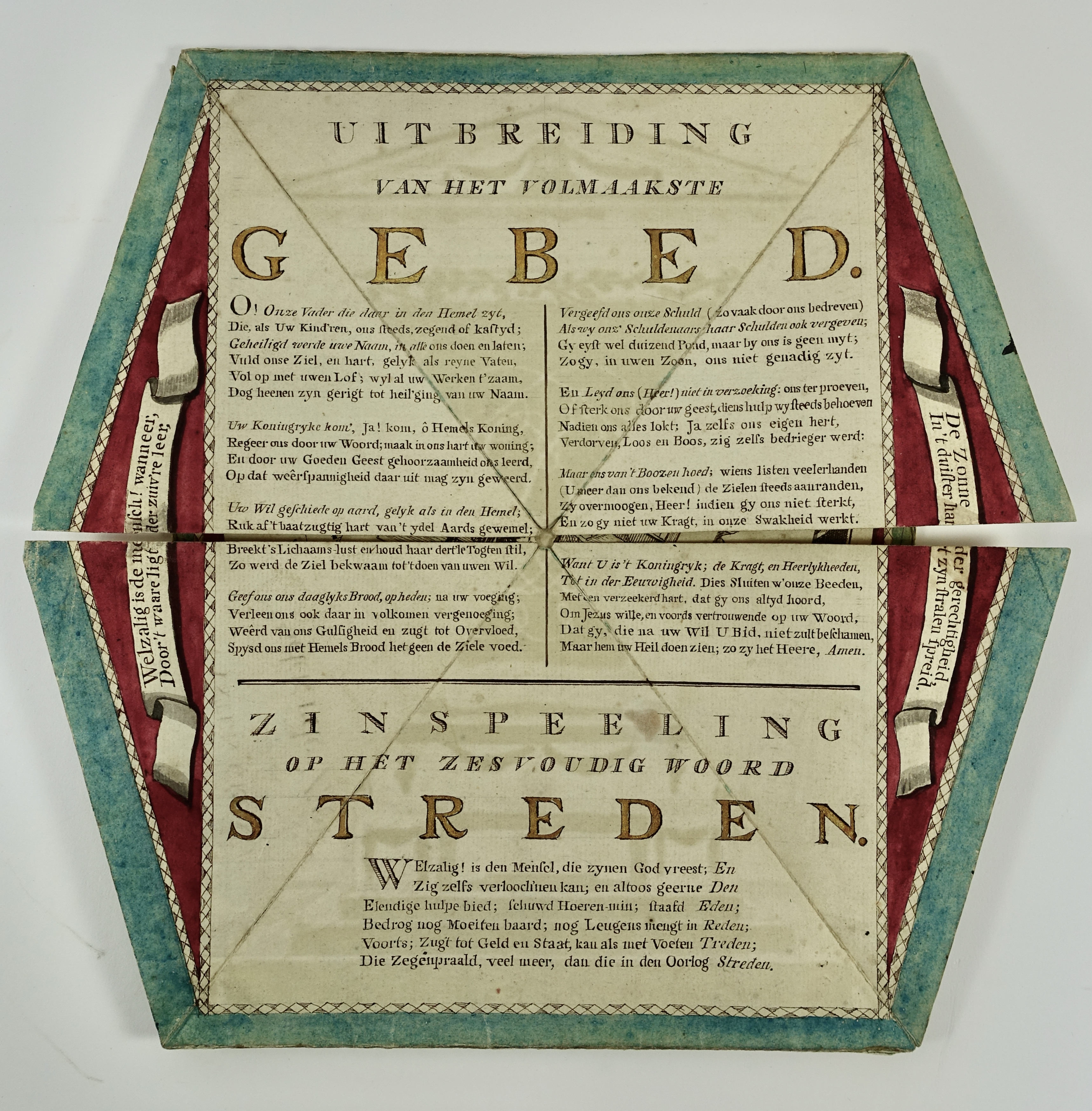 The drawing can be opened by way of folding out four triangular flaps which, once opened, reveal a similar 'altar' w. similar monogram heightened w. gold (that of Hendrik Bout). The triangular flaps form, when folded 180°, a large trompe l'oeil, consisting of fragments of text-leaves from religious books (Psalm book, Bible, etc.) with in the centre a representation of a calligrapher at work, much resembling the work of Jan Luyken. The top and bottom flaps can again be opened which then reveals the Lord's Prayer. All in all an exquisitely executed work of (writing) art and a charming example of a man's love for his wife for whom he wrote at the foot of the altar: "Leef, Catharina, Lang in Vreede; God die U, schonk, my ten GAE! Schenk U gunst, op 's werelds reede, En zyn Eeuwig' heil, hier naa".