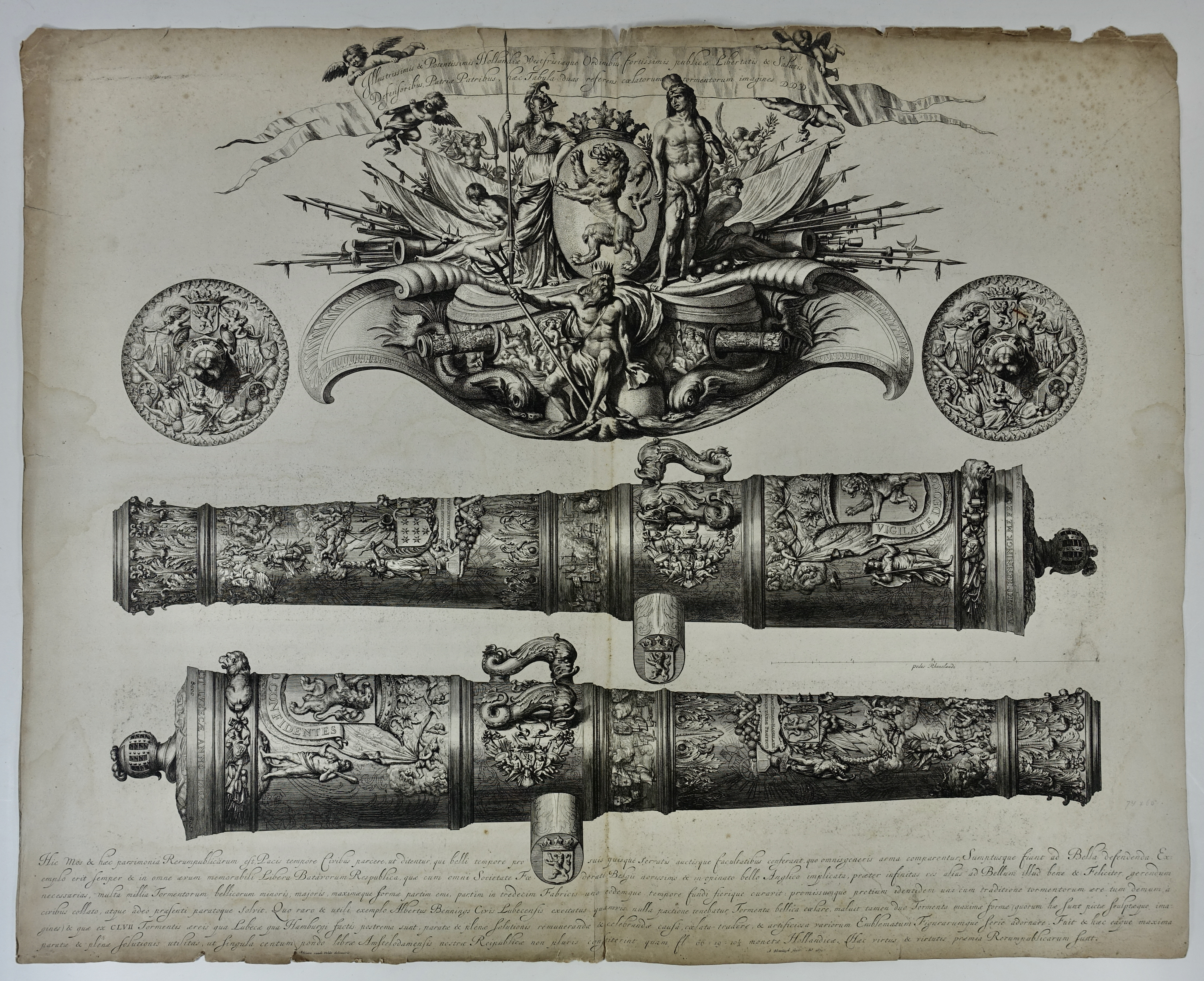 BLOTELINGH, Abraham (1640-1690). (The "Benningh Cannons"). 1671 (dated in the plate). Engr. after A. v.d. Velde, printed on two conjoined leaves. 595 x 750 mm. Engr. caption in banner in top margin and below cannons in lower margin. (Margins trimmed and in need of repair (various splits and some chips in places), slightly browned (espec. margins)).

Two guns manufactured by the Albert Benningk or Benningh foundry in Lübeck and presented to the States General in 1669 as a gift for the prompt payment of the guns supplied by him. Both guns are richly decorated with allegorical scenes related to the Republic's battle at sea. On the guns the coats of arms and names of the delegates in charge of the military equipment: Johan Eleman and Gerard Hasselaer. At the top a large allegorical weapon trophy with the Dutch Lion flanked by Minerva, Hercules and Neptune. - FMH 2299; Atlas van Stolk 2394; Hollstein Dutch 120.