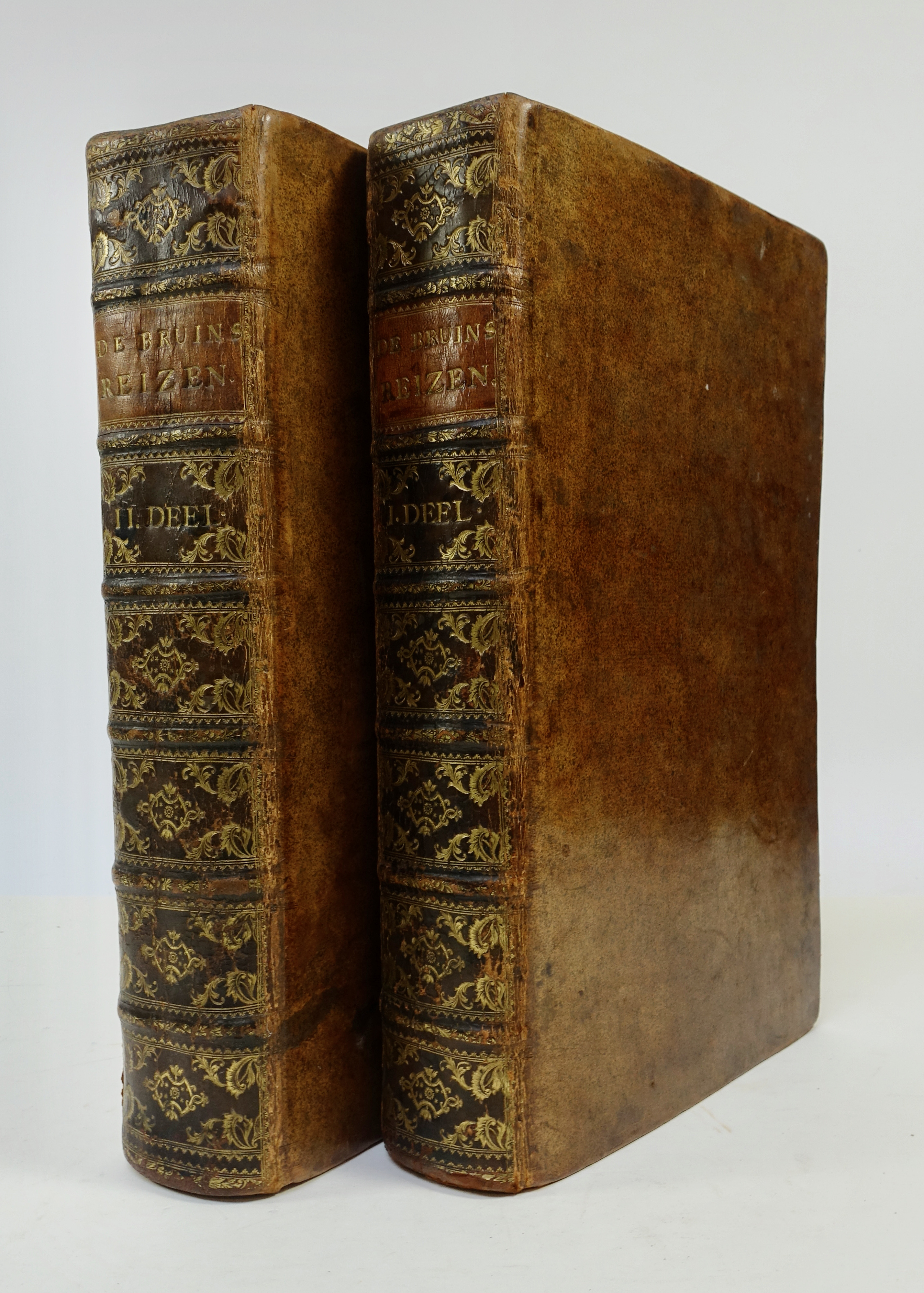 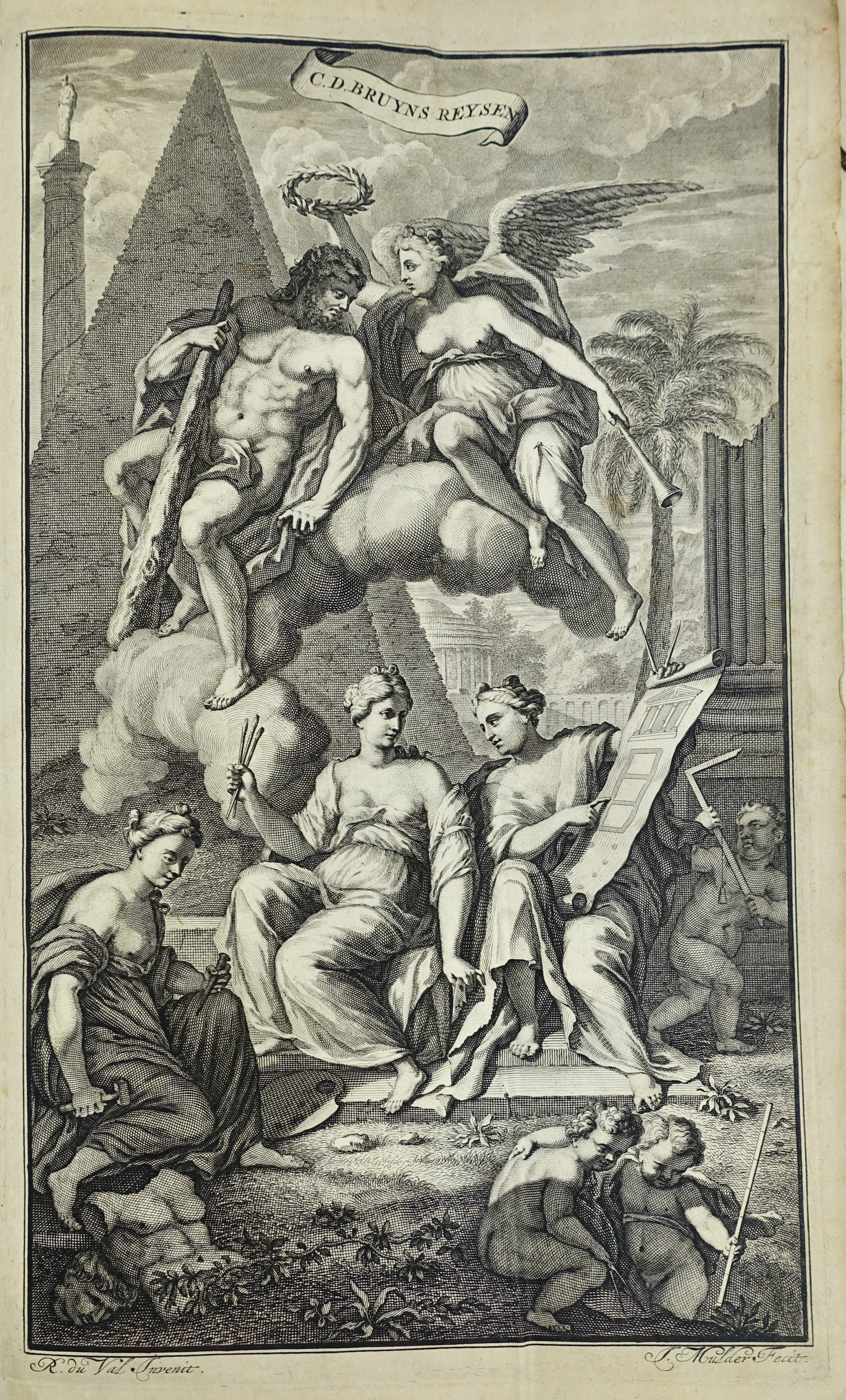 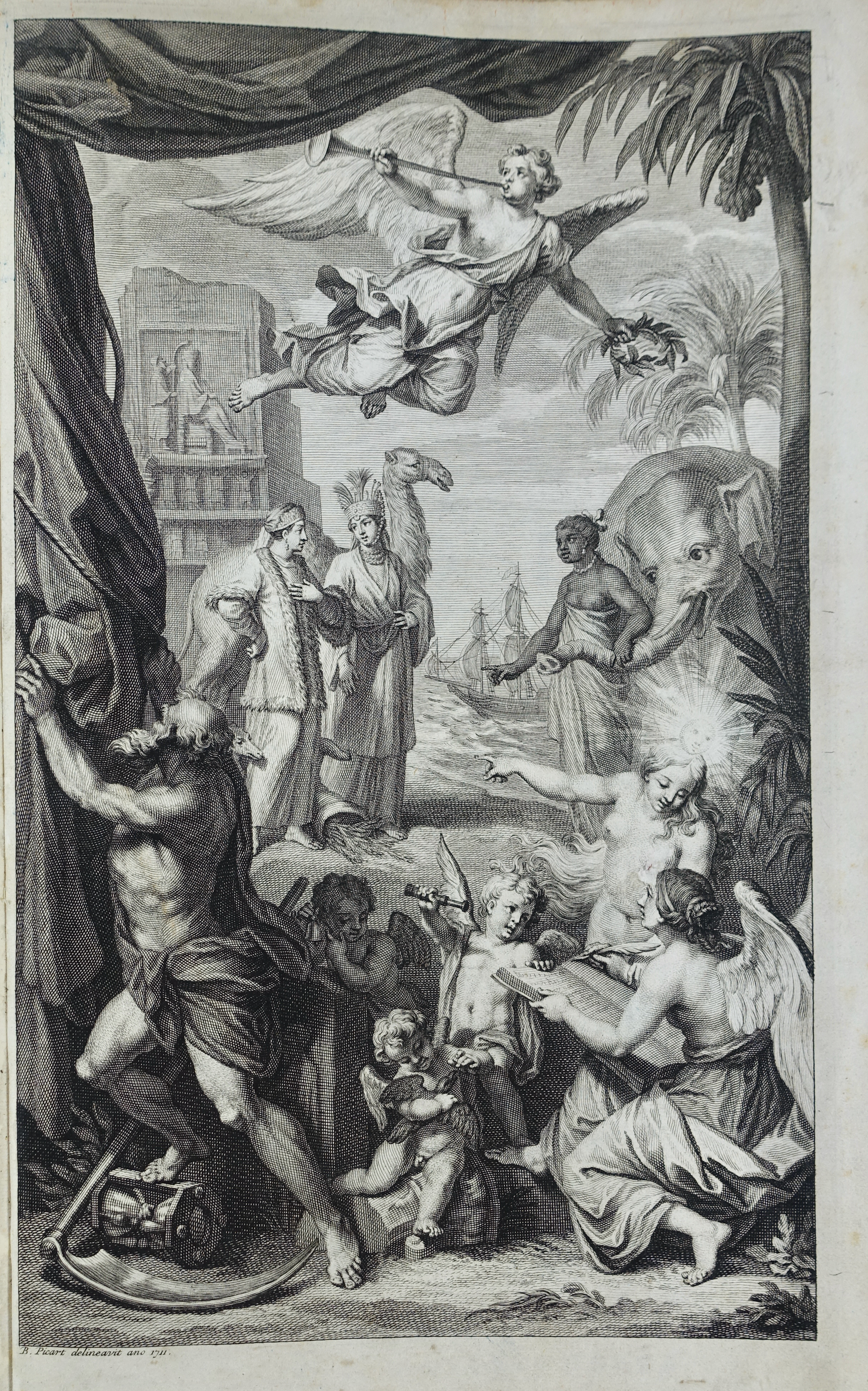 Cornelis de Bruyn (1652-1726 or 1727), Dutch portrait painter and traveller. In 1674 he decided to leave The Netherlands for Rome where he became a member of the Bentveughels, a company of Dutch and Flemish painters. After two and a half years in Rome he continued his journey in 1677 to the Near East. His voyages took him to Turkey, several Greek islands, Egypt, Palestine, Syria and Cyprus. In 1684 he travelled to Venice where he continued to work for eight years with the German painter Carlo Loth. In 1693 he returned to The Hague where he saw his 'Klein Asia' through the press. The large folded map lacks as often, because it was published later (see verso leaf ***). In 1701 he started this second journey which led him to Russia, Persia, India and Indonesia. In Russia he visited Archangelsk and the Samoyeds in North Russia. He was also commissioned to paint the cousins of Czar Peter with whom De Bruin also had a conversation in Dutch. In Persia he visited Persepolis and Ispahan. In 1705 he went to Ceylon and Java. The drawings he made, especially the large folding panoramic views of Moscow (30 x 190 cm), Ispahan (30 x 190 cm) and Persepolis (in 4 parts measuring in total 30 x 250 cm!), are very important because they are the first foreign representations of that kind and beautifully executed. - Tiele, 207 & 209; Drijvers, (e.a.). "Ik hadde de nieusgierigheid". De reizen door het Nabije Oosten v. C. de Bruijn (ca. 1652-1727); Cat. NHSM, p. 257; Cox I, 218 (on the first work): "One of the best illustrated works on the Levant".