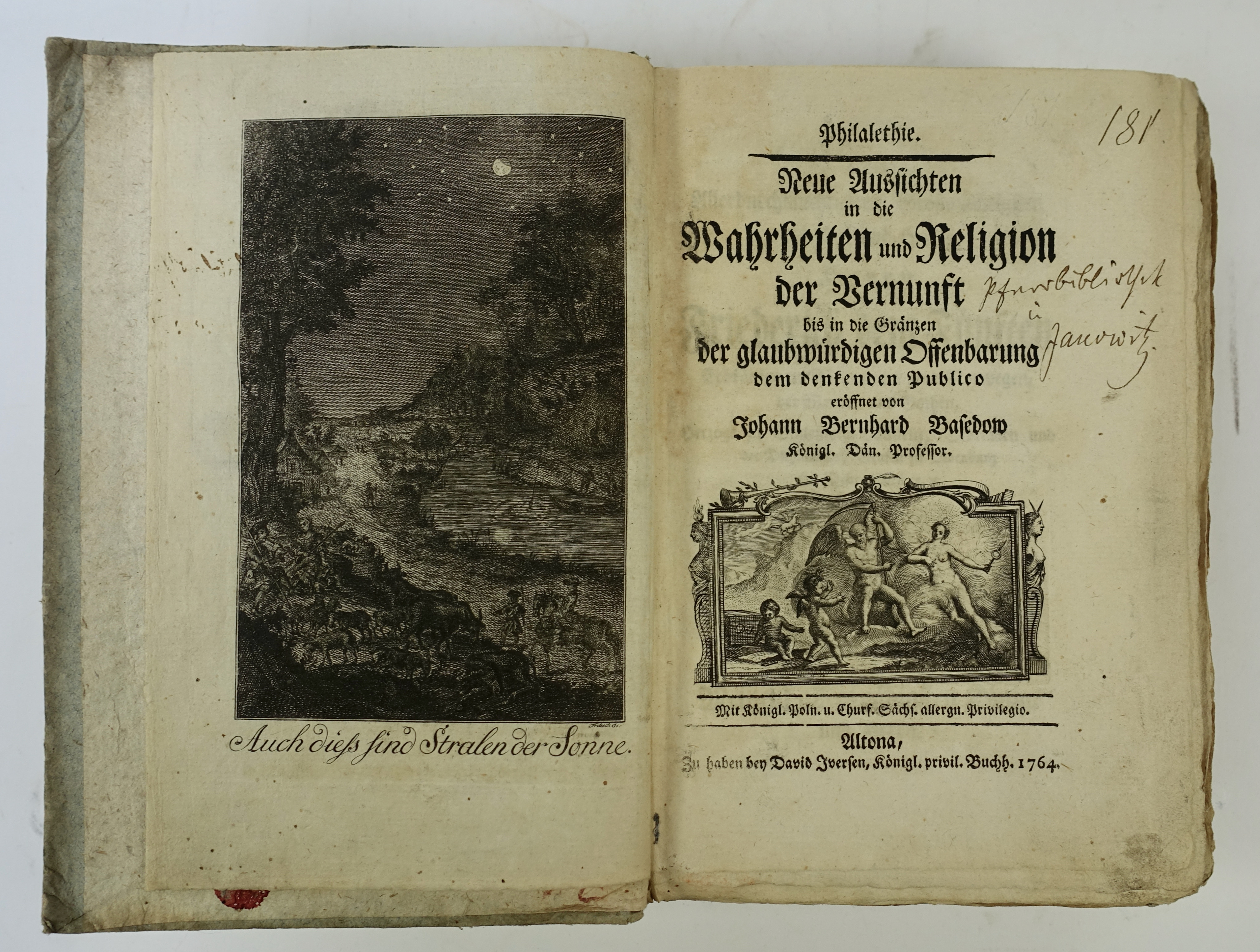 Rare first edition of this important work with which Basedow became the founder of 'Philanthropinism'. He triggered an intense religious dispute with the Hamburg clergy by again calling for an education in the spirit of the Enlightenment at religiously neutral schools. In the course of the theological controversy, his books were banned and the family excluded from the sacrament. The Orthodox clergy managed to have the Hamburg magistrate confiscate his writings and forbid Basedow to have anything printed in Hamburg. An import and sales ban was also issued in Lübeck. Volume II develops a kind of epistemology and deals with two considerations "about the ways of thinking of the human mind" and "about abstract truths and errors". - Lex. der Pädagogik I, 117.