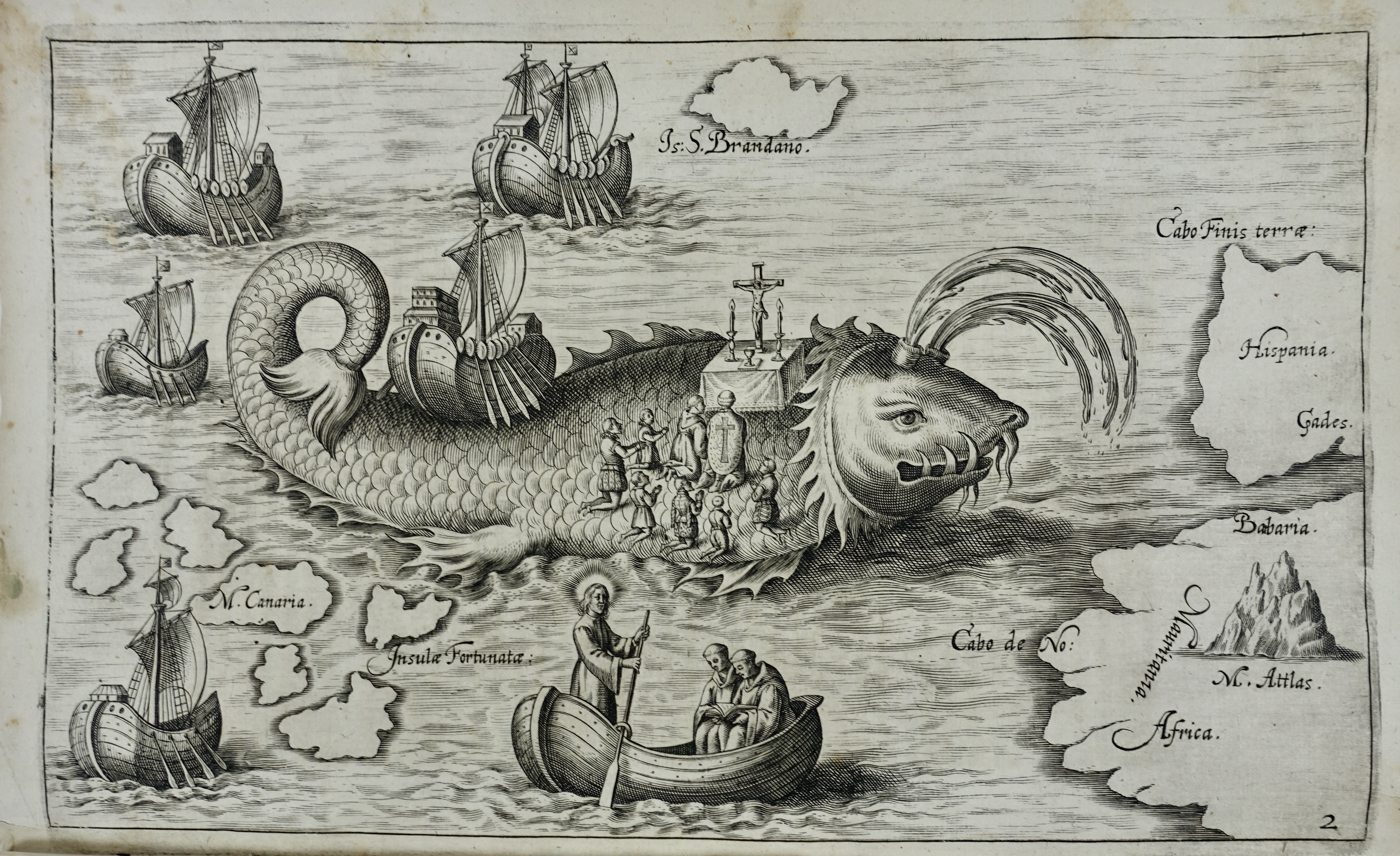 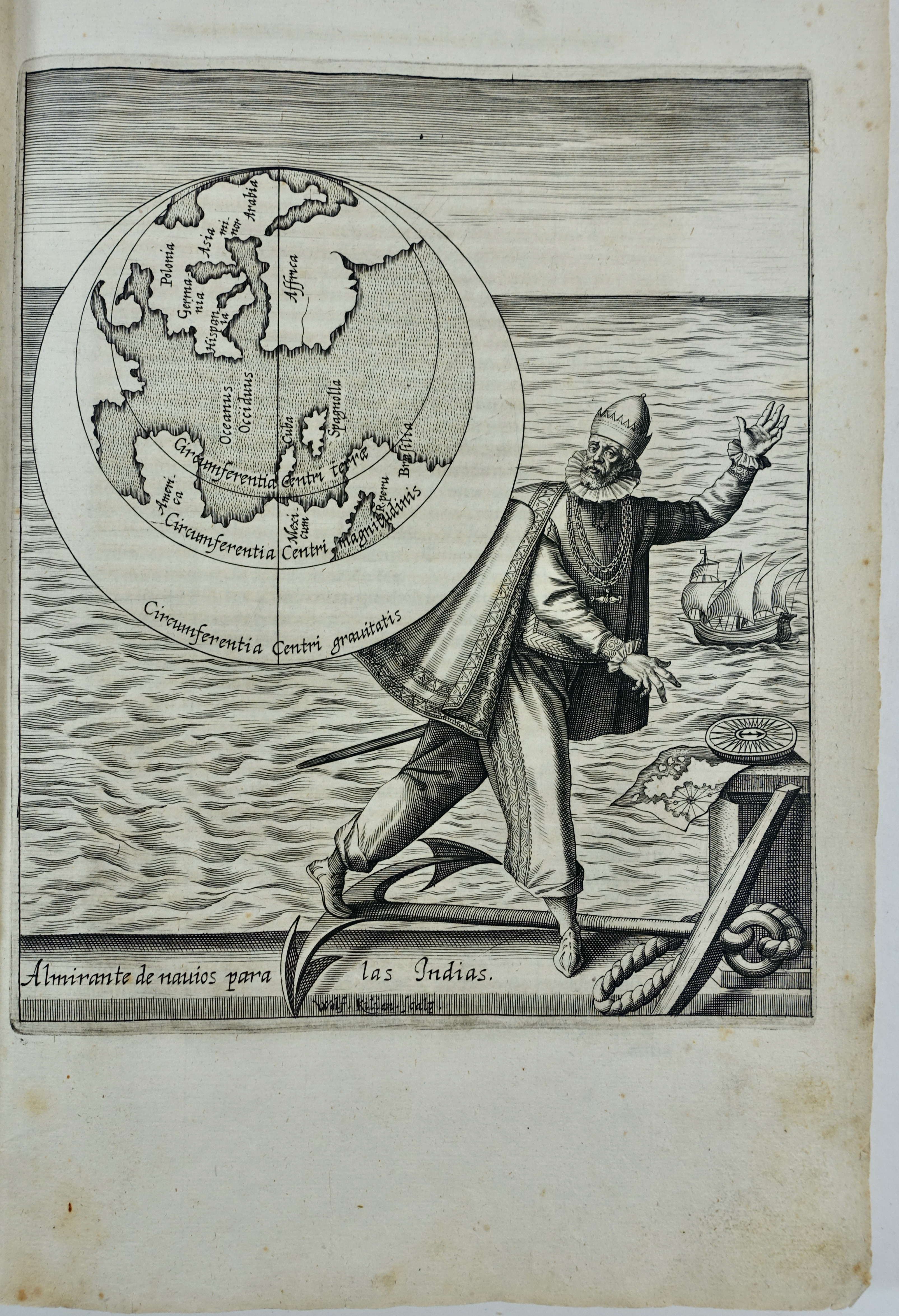 Sabin 63367: "This curious work contains the relations of the early Benedictine missionaries who first came over with Columbus. It is filled with miraculous accounts of their labors, and one of the plates represents St. Brandan celebrating mass on the back of a large fish, where one of the ships had been stranded in mid-ocean. (…) It is supposed that the author was a monk of the convent of Seittenstöt in Lower Austria, named Caspar Plautius or Plautus, and that he wrote the book under the assumed name of Philoponus (…) in order that he might dedicated it to himself." - Palau 224762. - Sold w.a.f., not subject to return.