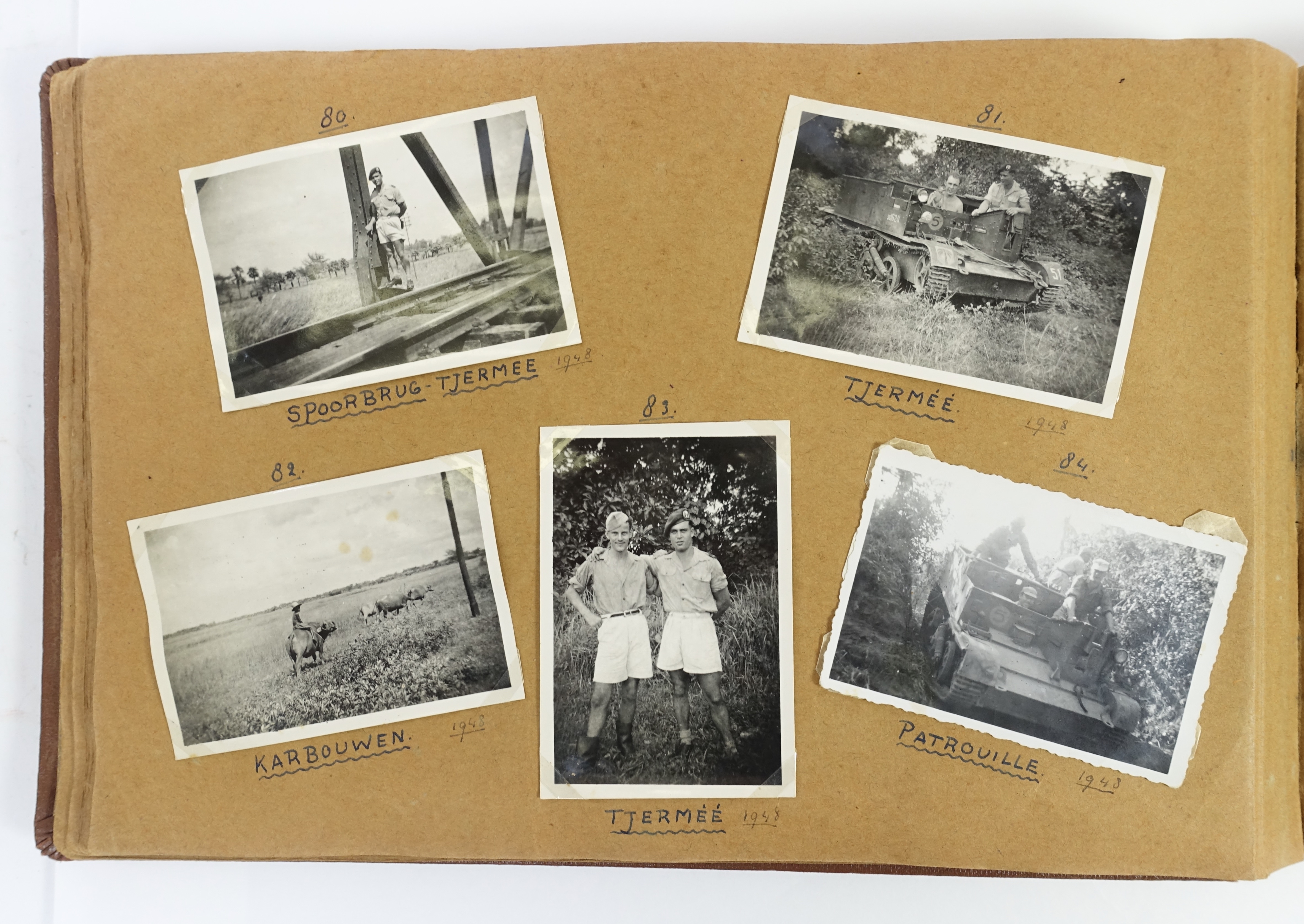 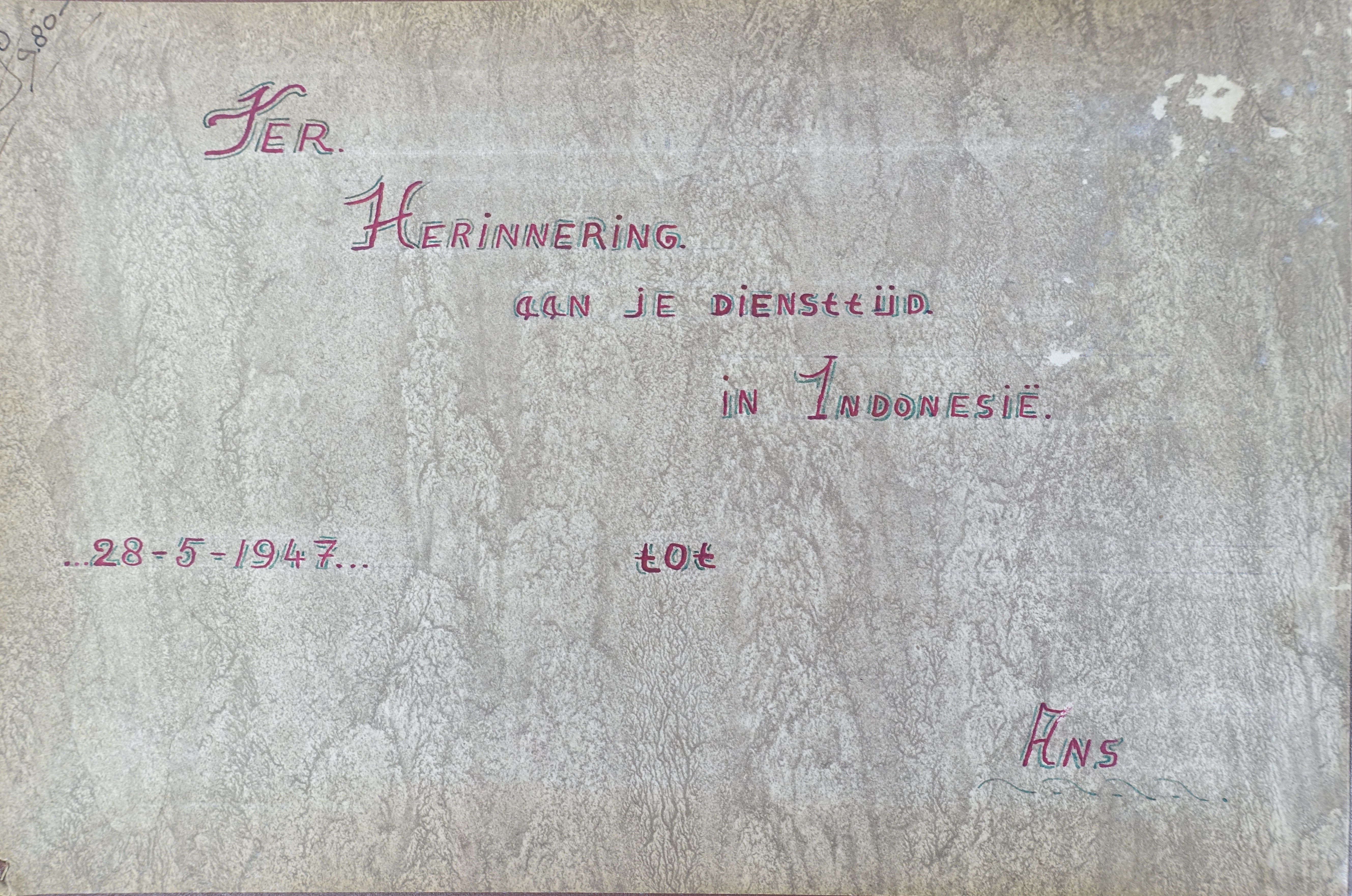 Loosely inserted is a small newspaper clipping, an 'In Memoriam Jan Willem van Winsen' from Woerden, with a portrait of a soldier in uniform. According to the text of the clipping soldier Van Winsen, at that time 22 years only, was killed in action at Kediri (Java) March 2, 1949 and therefor the date of his return has not been filled in. The calligraphed title is signed by a certain 'Ans', likely to be his sister or perhaps his girl friend. The photos depict soldiers on patrol (places of action: Soerabaja, Tjermee, Grissee, Madoera, Kediri, Pare, Pasoeroean), sports activities, Indonesian scenery, etc. One photo testifies to the atrocities that took place.