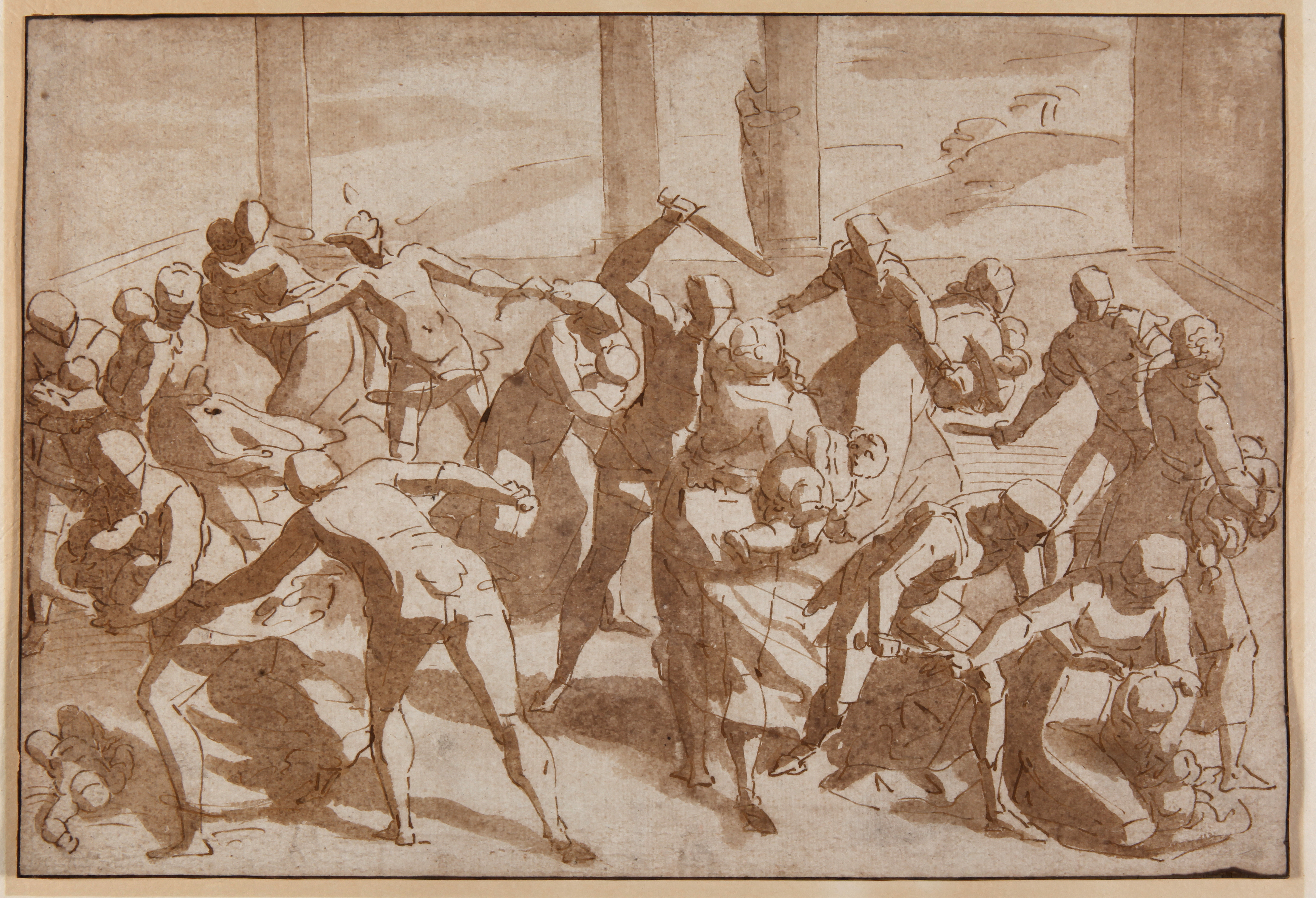 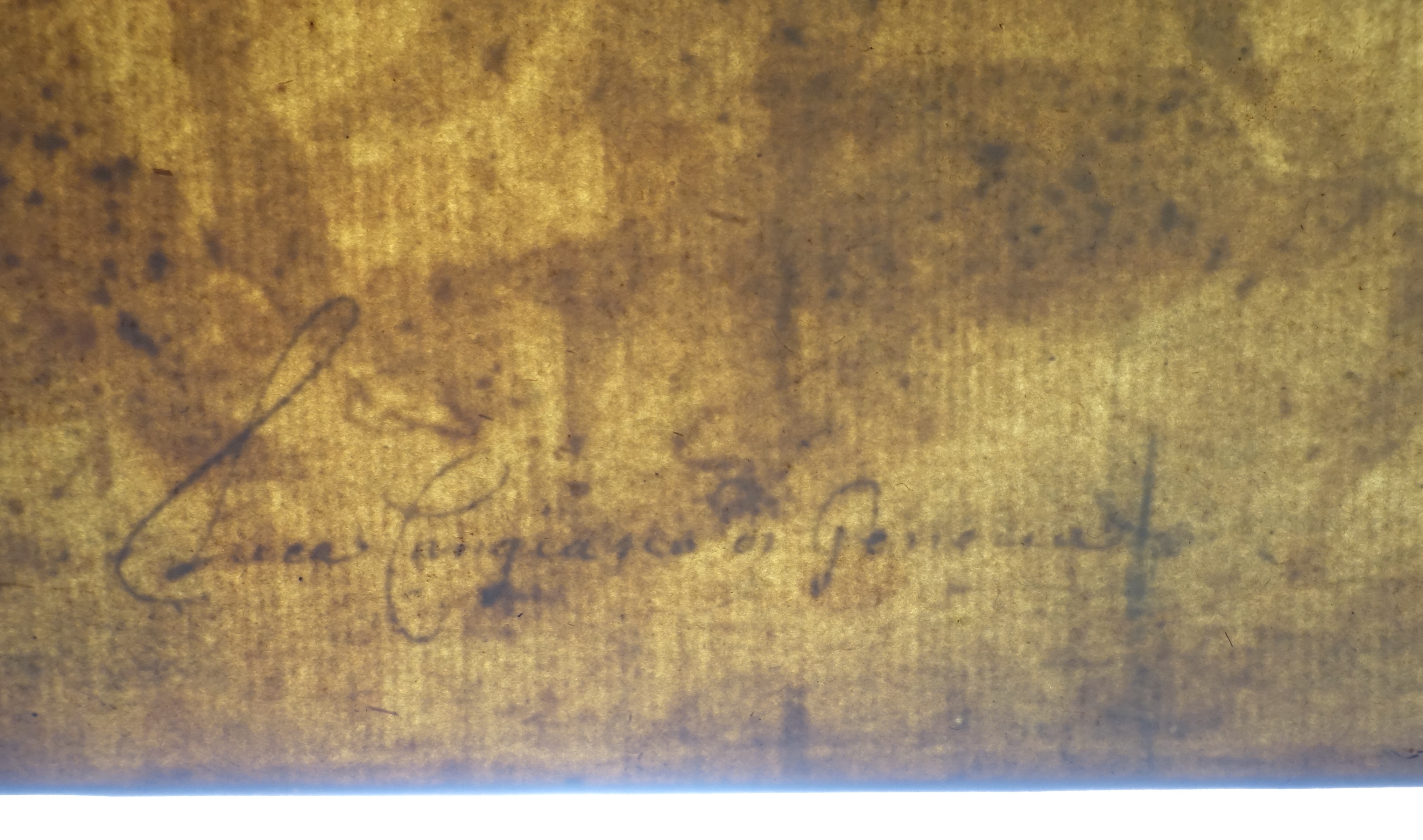 Luca Cambiaso (also known as Luca Cangiagio (being Cangiaxo [kaŋˈdʒaːʒu] the surname in Ligurian) was an Italian painter and draughtsman and the leading artist in Genoa in the 16th century. He is considered the founder of the Genoese school who established the local tradition of historical fresco painting through his many decorations of Genoese churches and palaces. He was a prolific draughtsman whoin his later drawings reduced figures to geometric (even cubic) forms ('maniera cubica') as can also be seen in this 'Child Murder'. He was familiarly known as Lucchetto da Genova. See i.a. H. Schulz 'Geometrie der Figur. Luca Cambiaso u.d. moderne Kunst'. (2007). - In very good condition. Provenance: Kunsthandel Borzo (1940's?); Frymerson Collection.