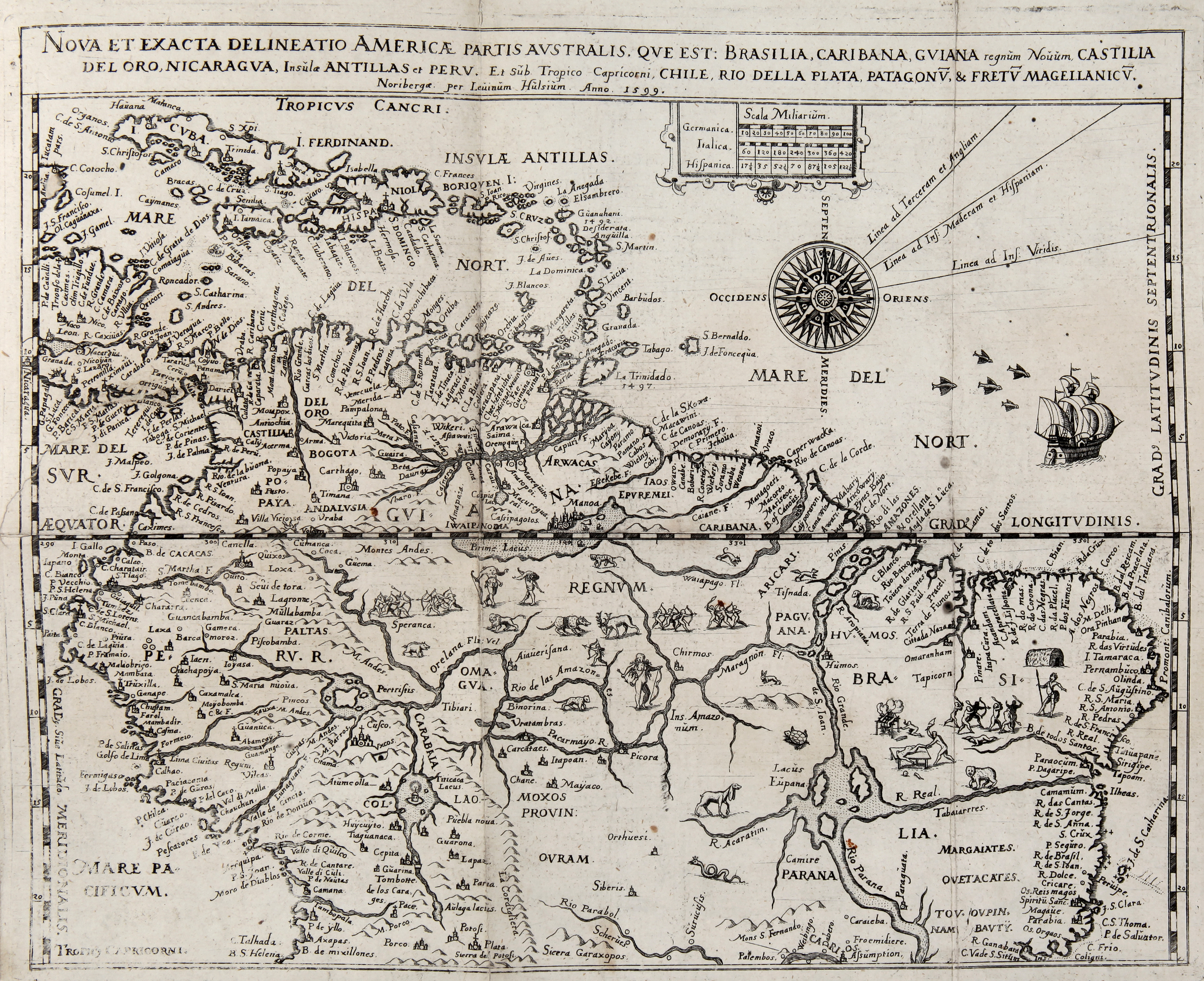 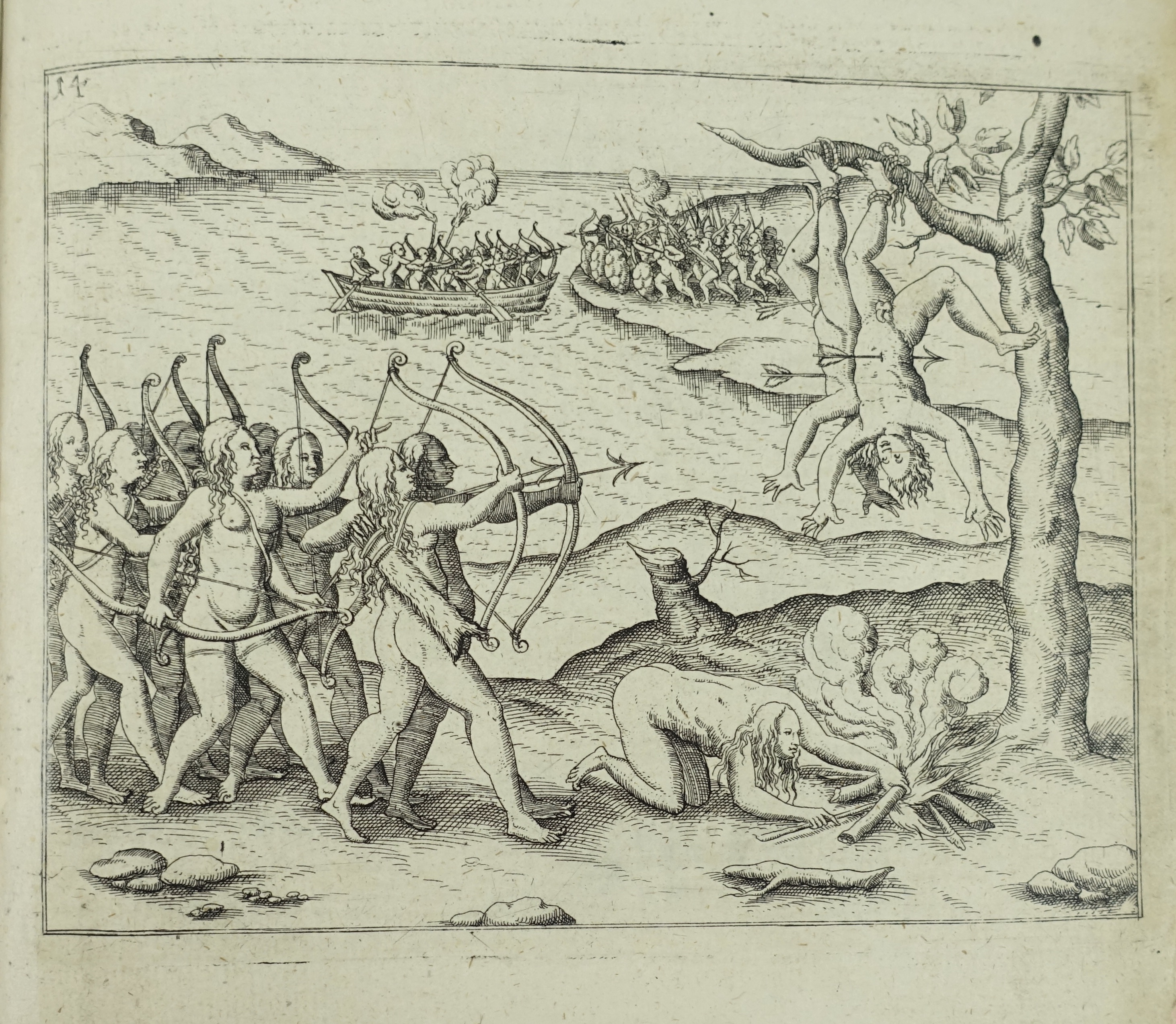 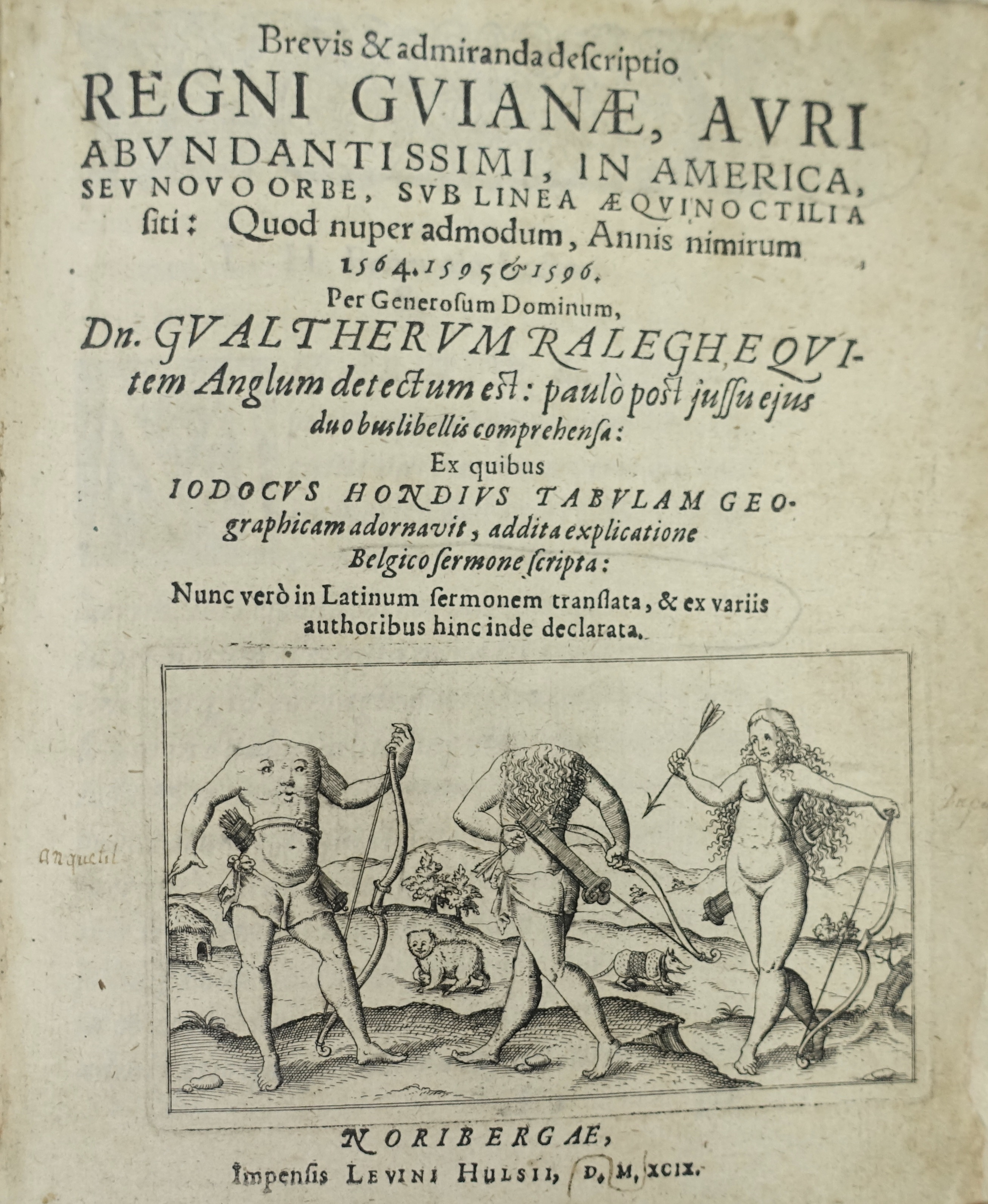 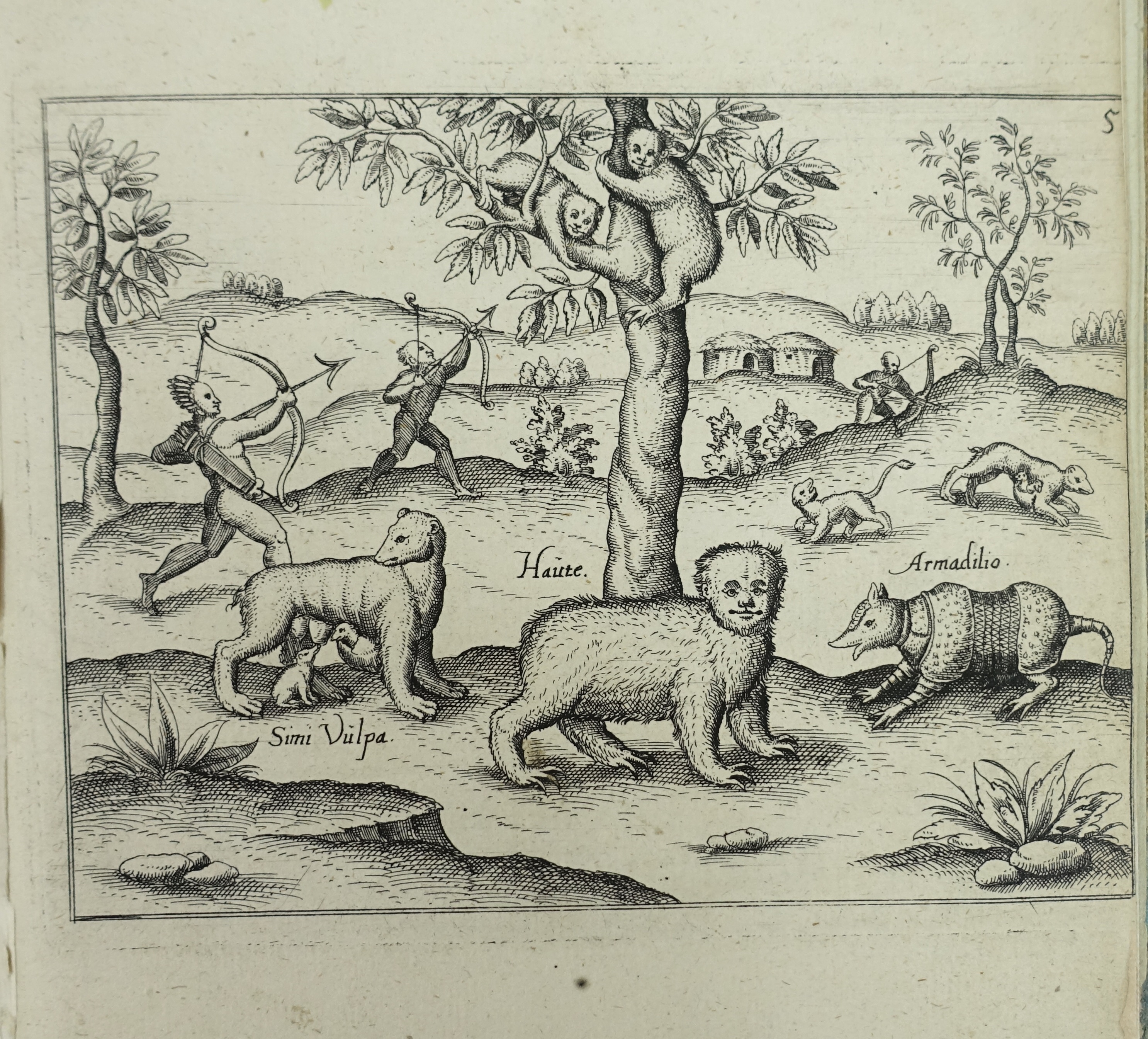 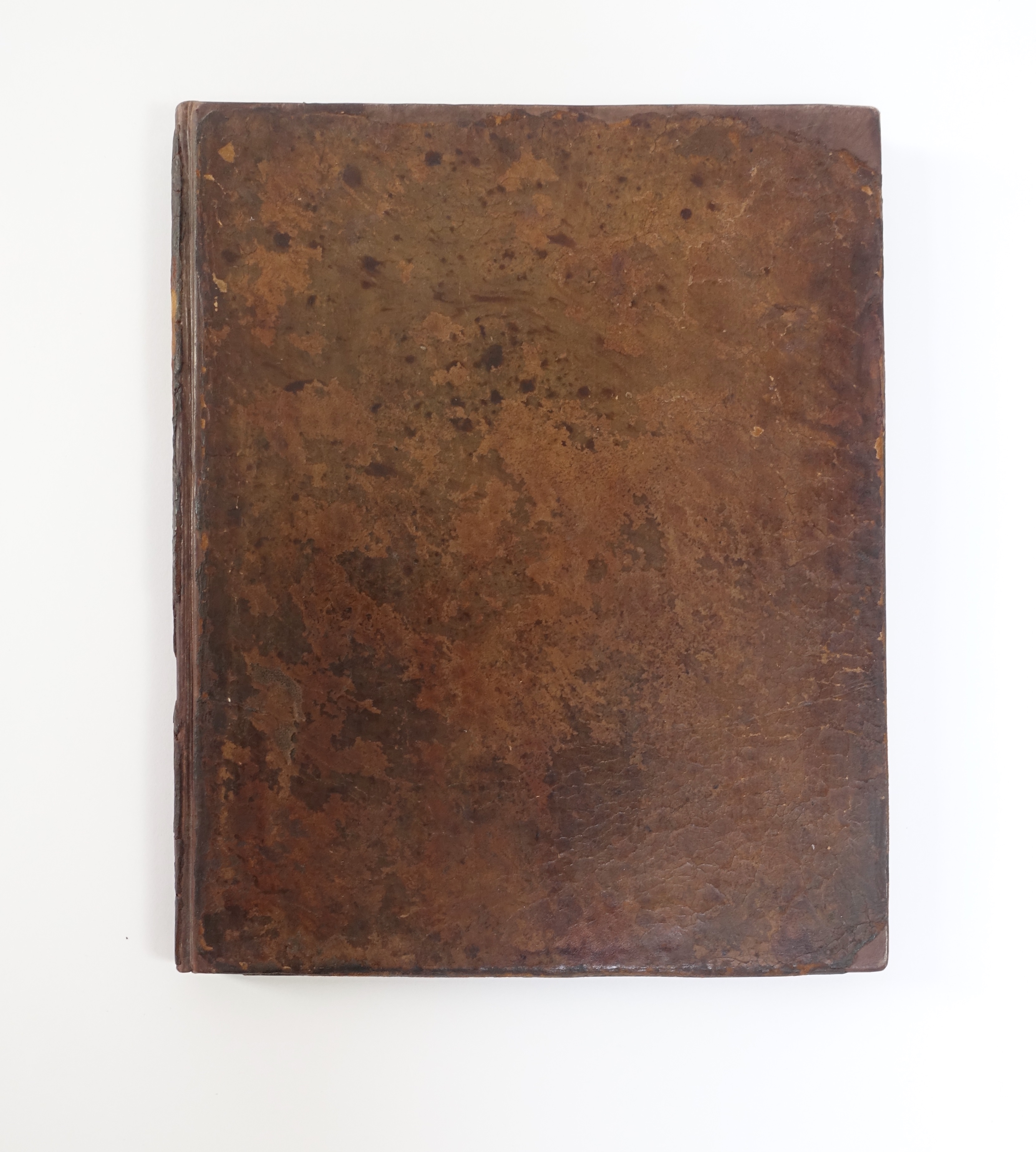 Sabin 67546: "This Latin translation of Raleigh's account of his voyage to Guiana was probably printed subsequently to the German version of the same year, (…) which forms the fifth part of the series of voyages published by Hulsius. (…) The map and plates are the same as those in the German version. The map represents the northern part only of South America, with the date 1599." The lower part of the map was published in 1602. - Adams R-46 (no map). Provenance: Nicholas Darnell Davis (1846-1915), Colonial Office, Downing Street, dated Dec. 4th 1873.