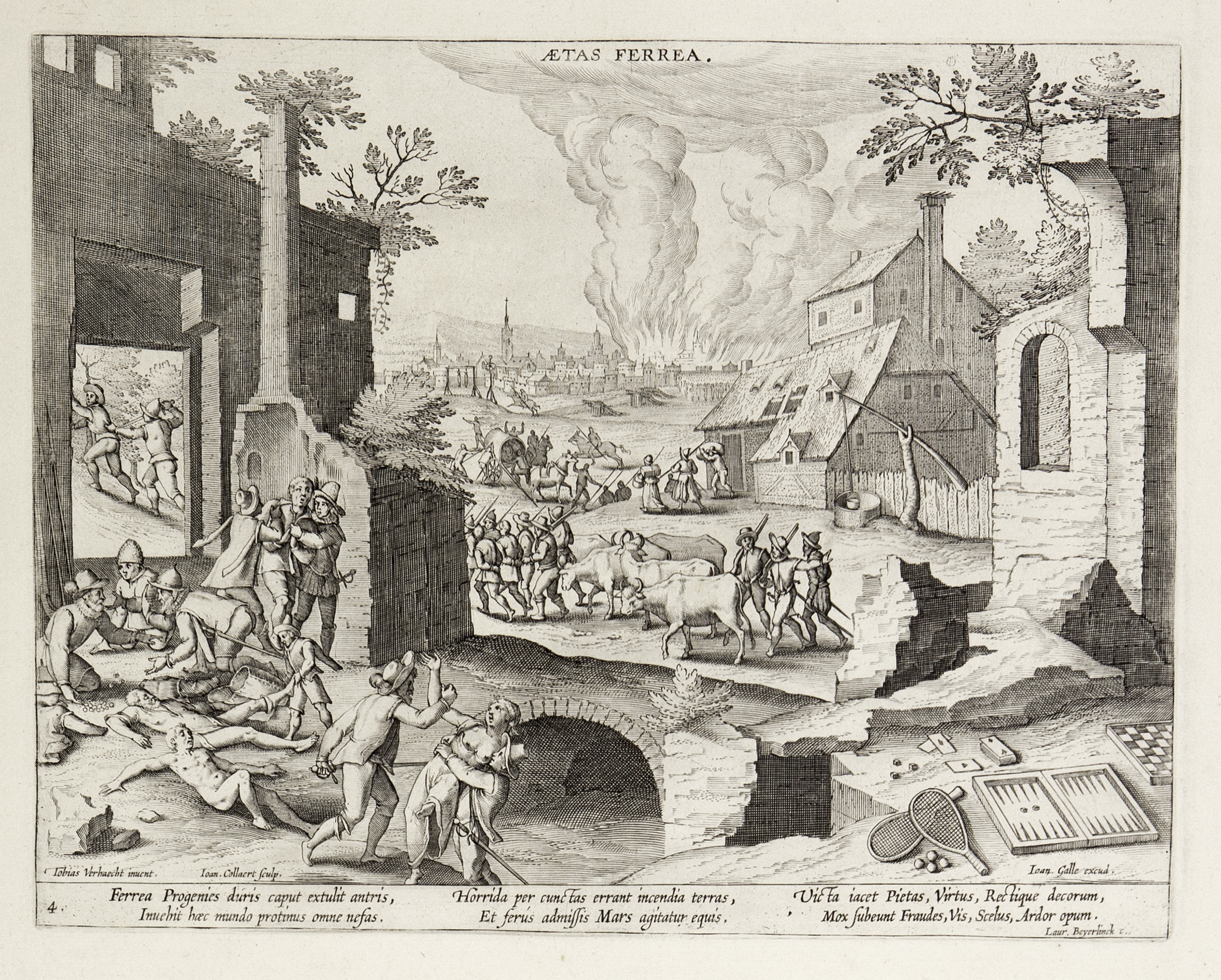 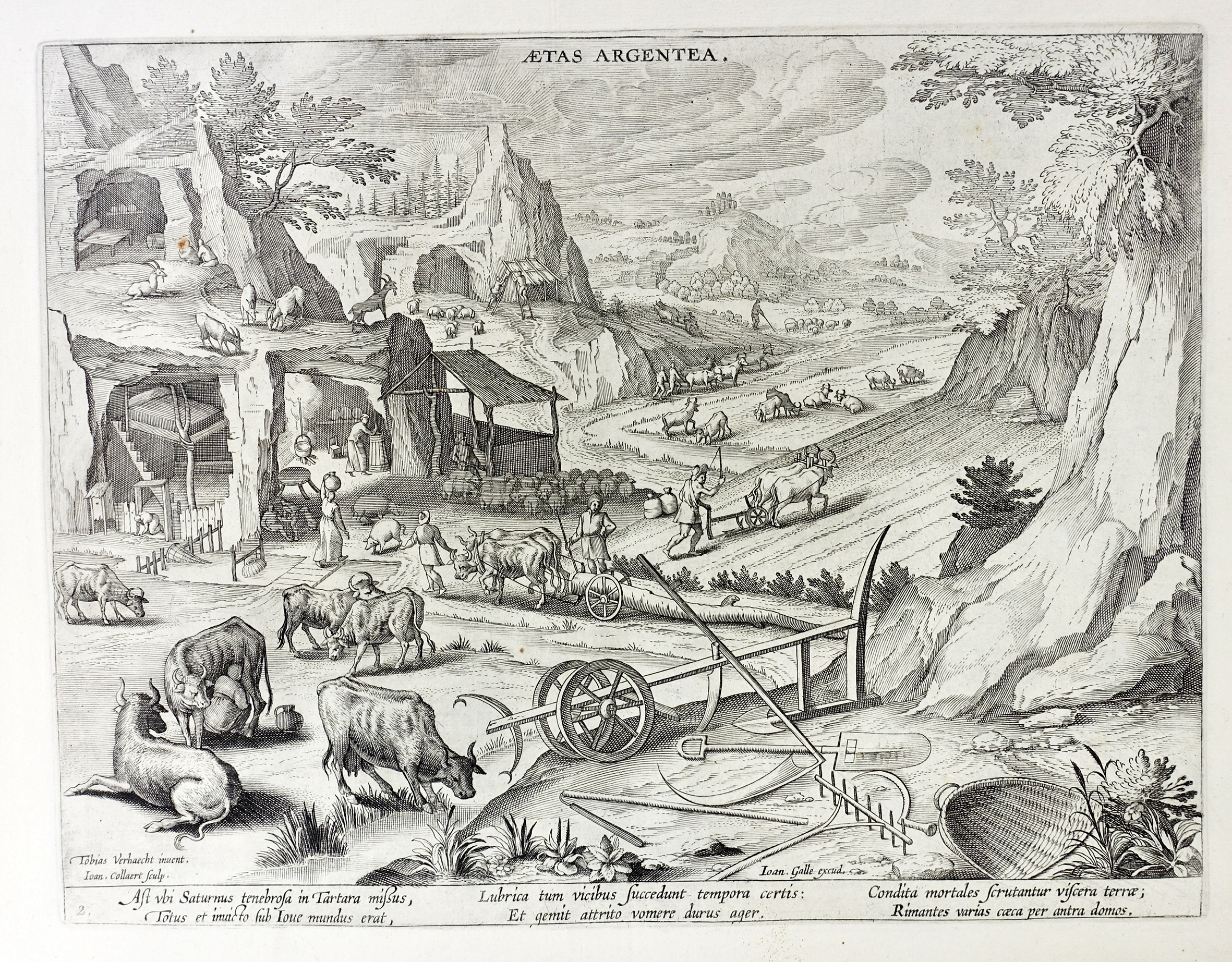 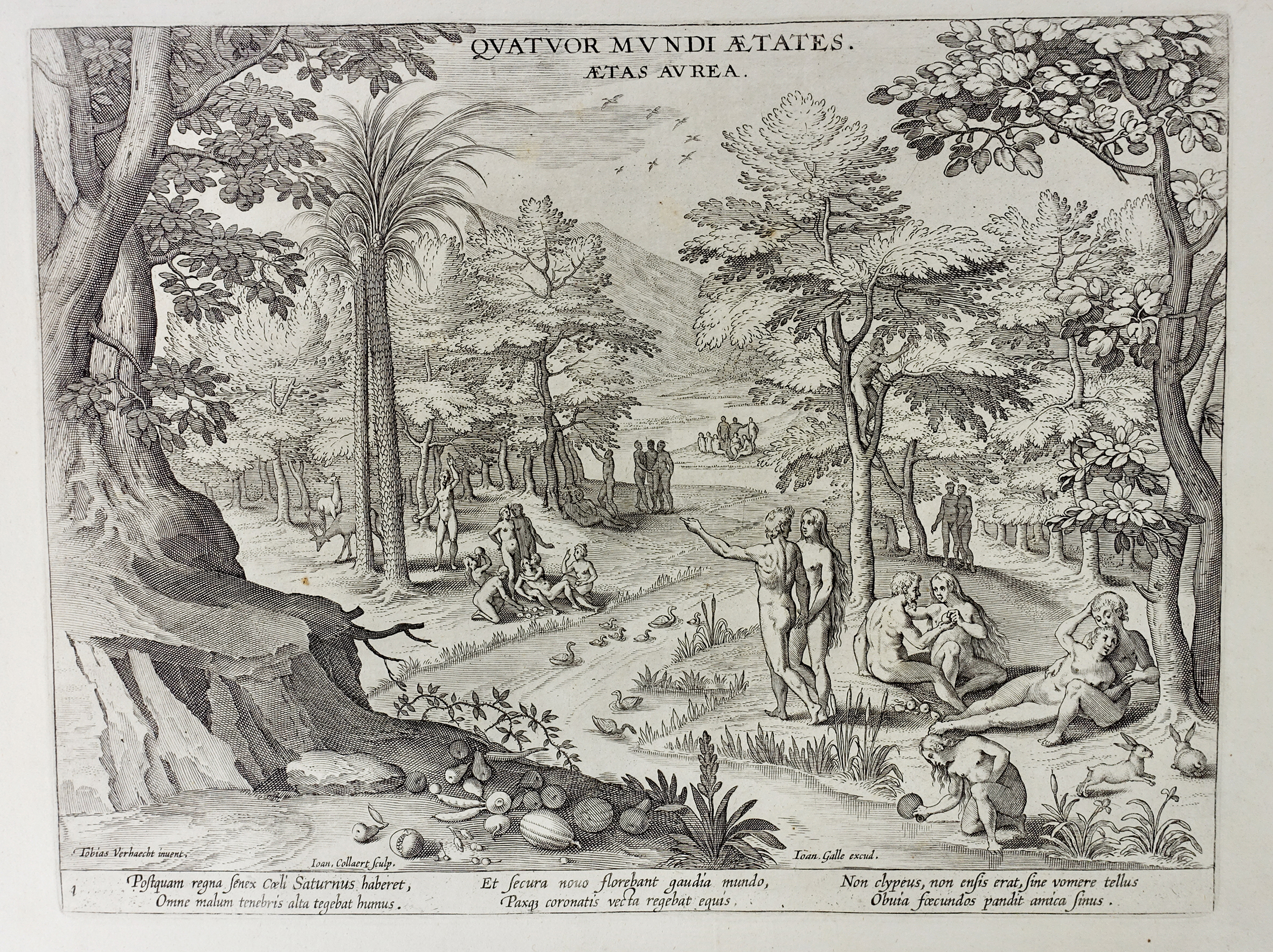 This allegory of the 'The four ages of man' presented here in four fine prints, refer i.a. to Ovid's Metamorphoses: justice and peace defined the Golden Age when mankind did not yet know the art of navigation and therefore did not explore the larger world. Further, no man had knowledge of any arts but primitive agriculture. In the Silver Age, Jupiter introduced the seasons, and men consequently learn the art of agriculture and architecture. In the Bronze Age, Ovid writes, men were prone to warfare, but not impiety. Finally, in the Iron Age, men demarcate nations with boundaries; they learn the arts of navigation and mining; they are warlike, greedy, and impious. Truth, modesty, and loyalty are nowhere to be found. In very good condition. Fourth state (of 4). - New Hollstein 1318-1321.