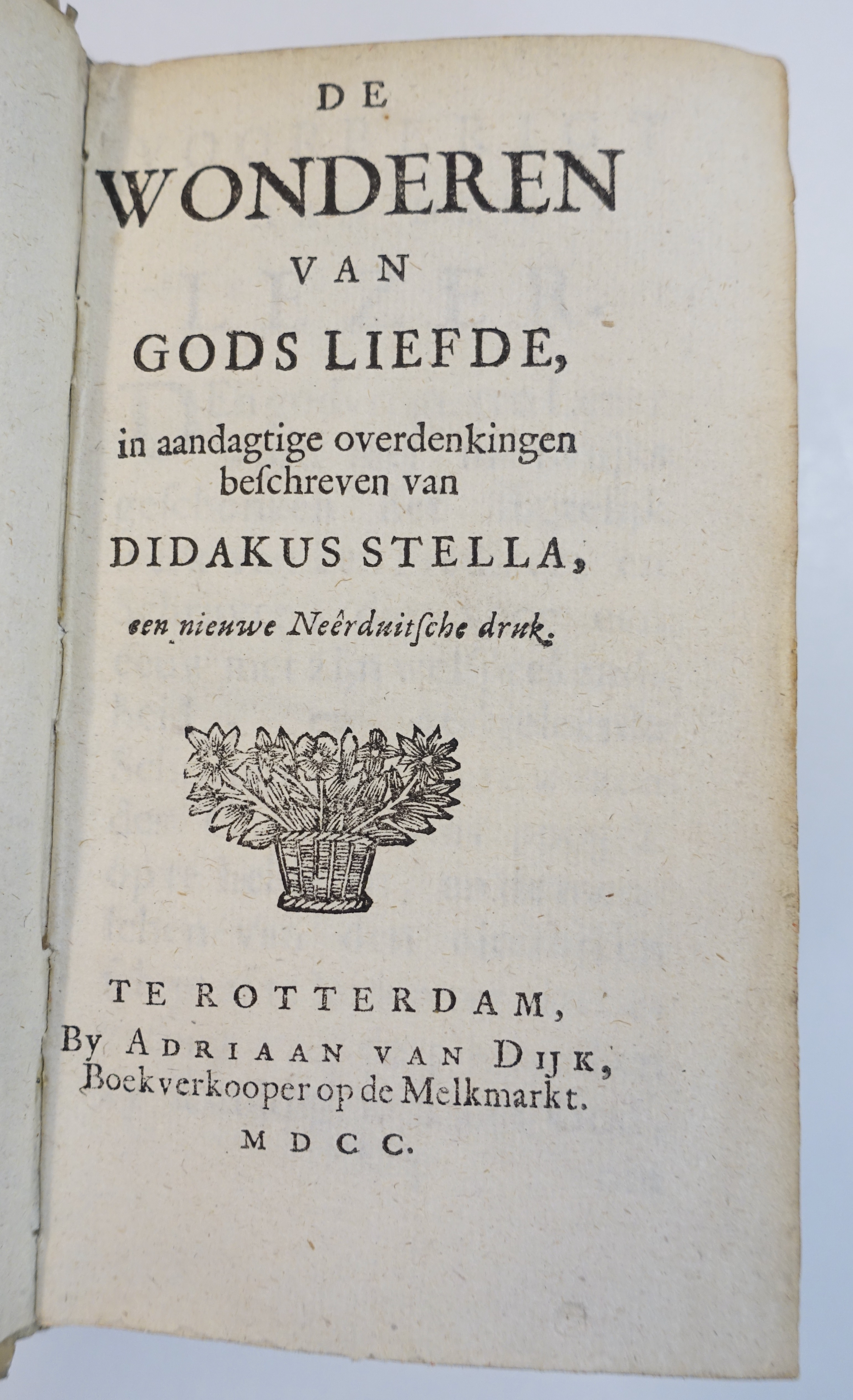 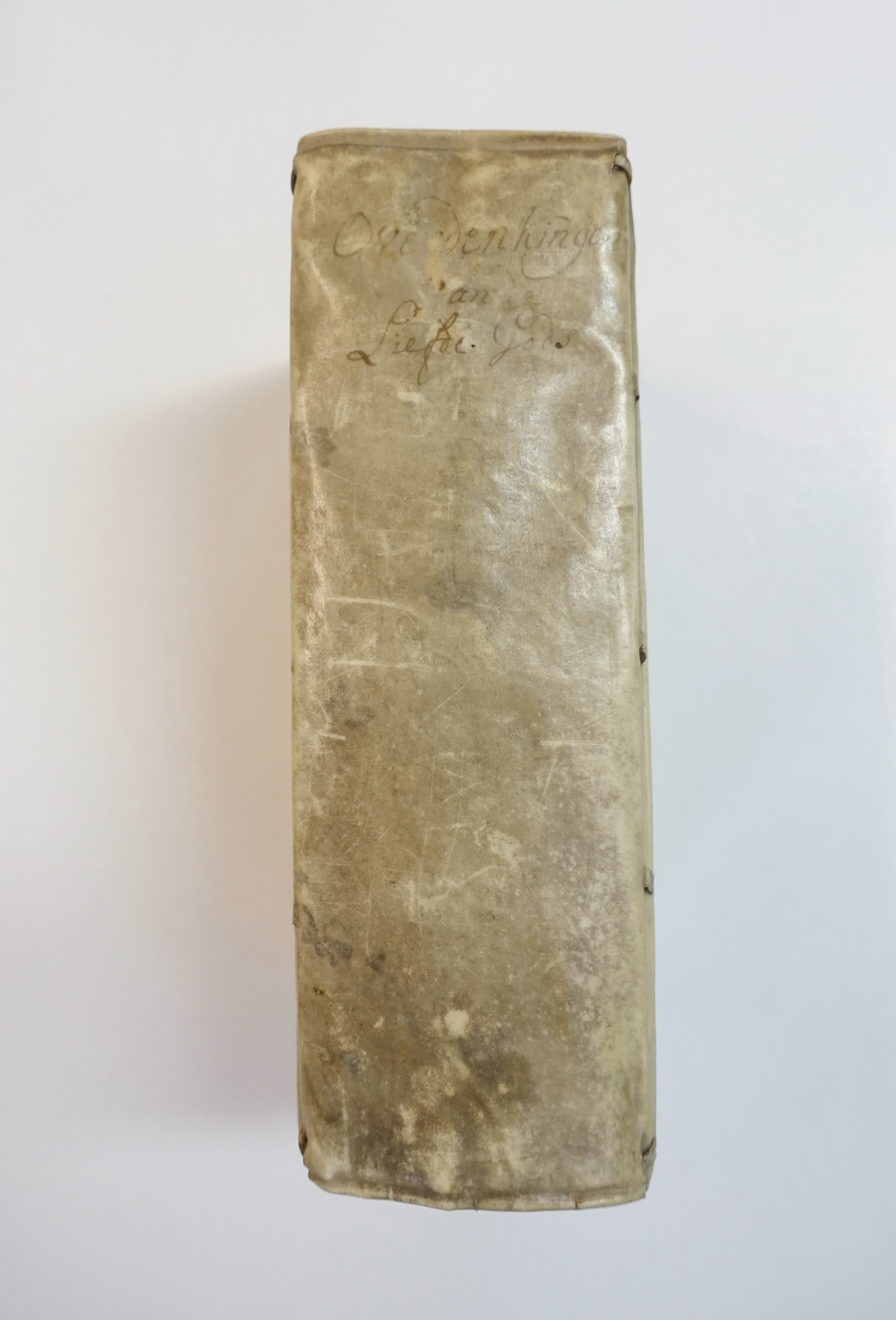 Diego de Estella, 16th-century Spanish Franciscan mystic and theologian, born 1524 in Estella, Navarre, died 1578 in Salamanca. His secular name was Diego Ballesteros y Cruzas. This work was, according to the introduction, translated from the Spanish ('Meditaciones dévotisimas del amor de Dios' (first publication 1578)) and is valued as being the most important of all his books. The work is preceded by a poem by Pieter Rabus. Fine copy. - Mentioned as being published in De Boekzaal by Pieter Rabus of Sept. & Oct. 1699 (!), p. 371; curiously enough also mentioned in Van der Aa VI, 310 (as if the author was Dutch), but with 'Amsterdam' as place of publication.