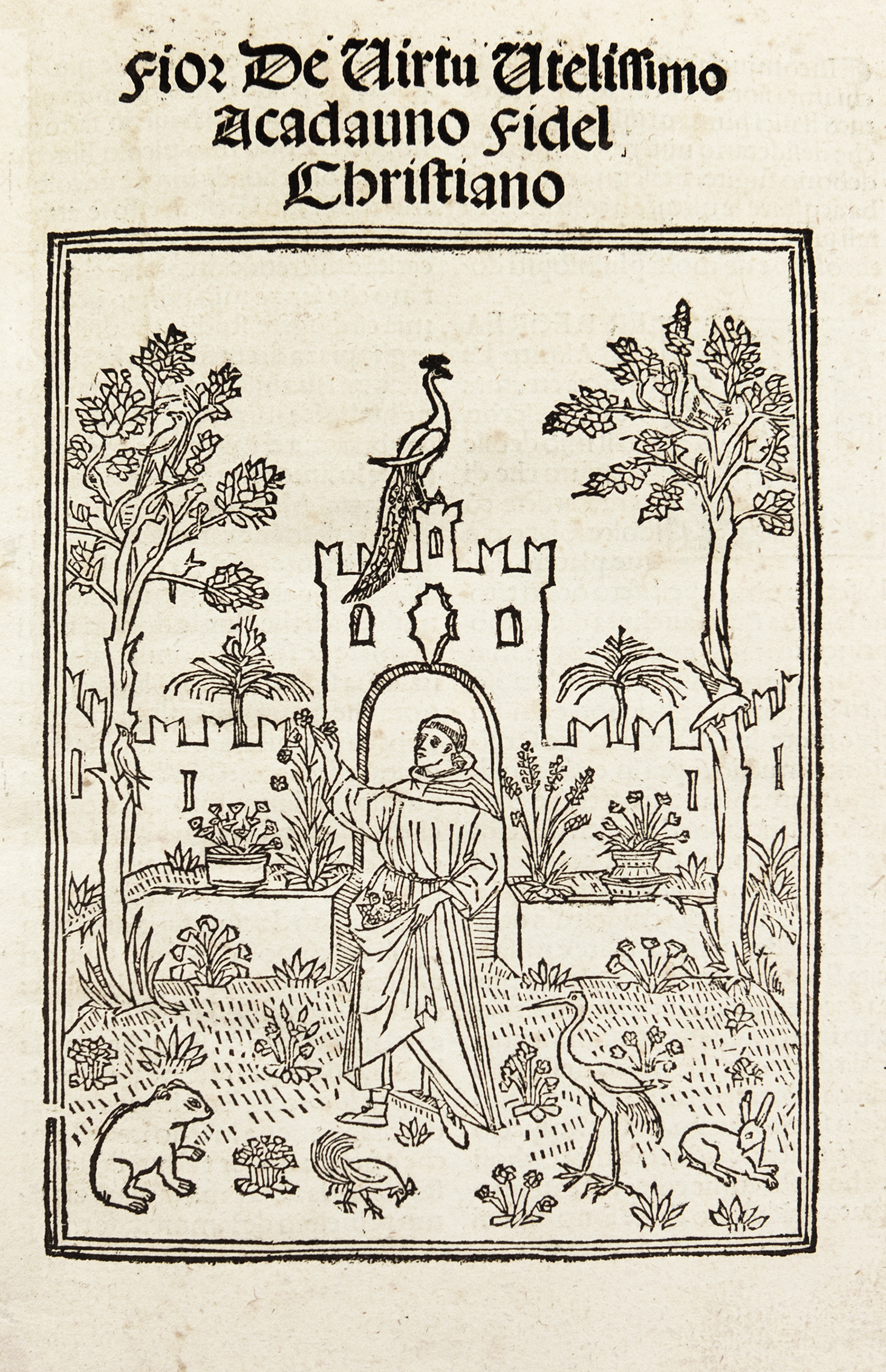 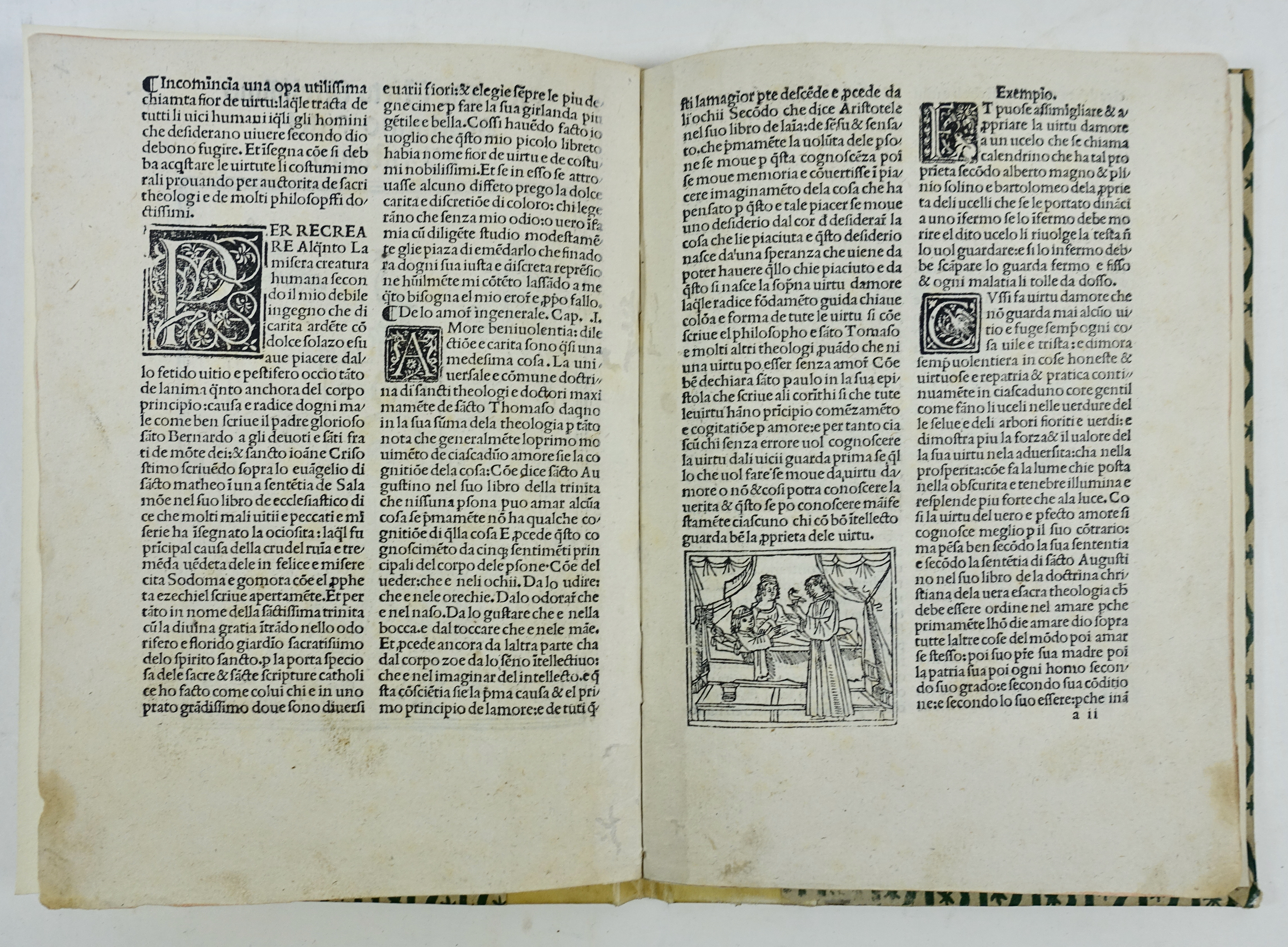 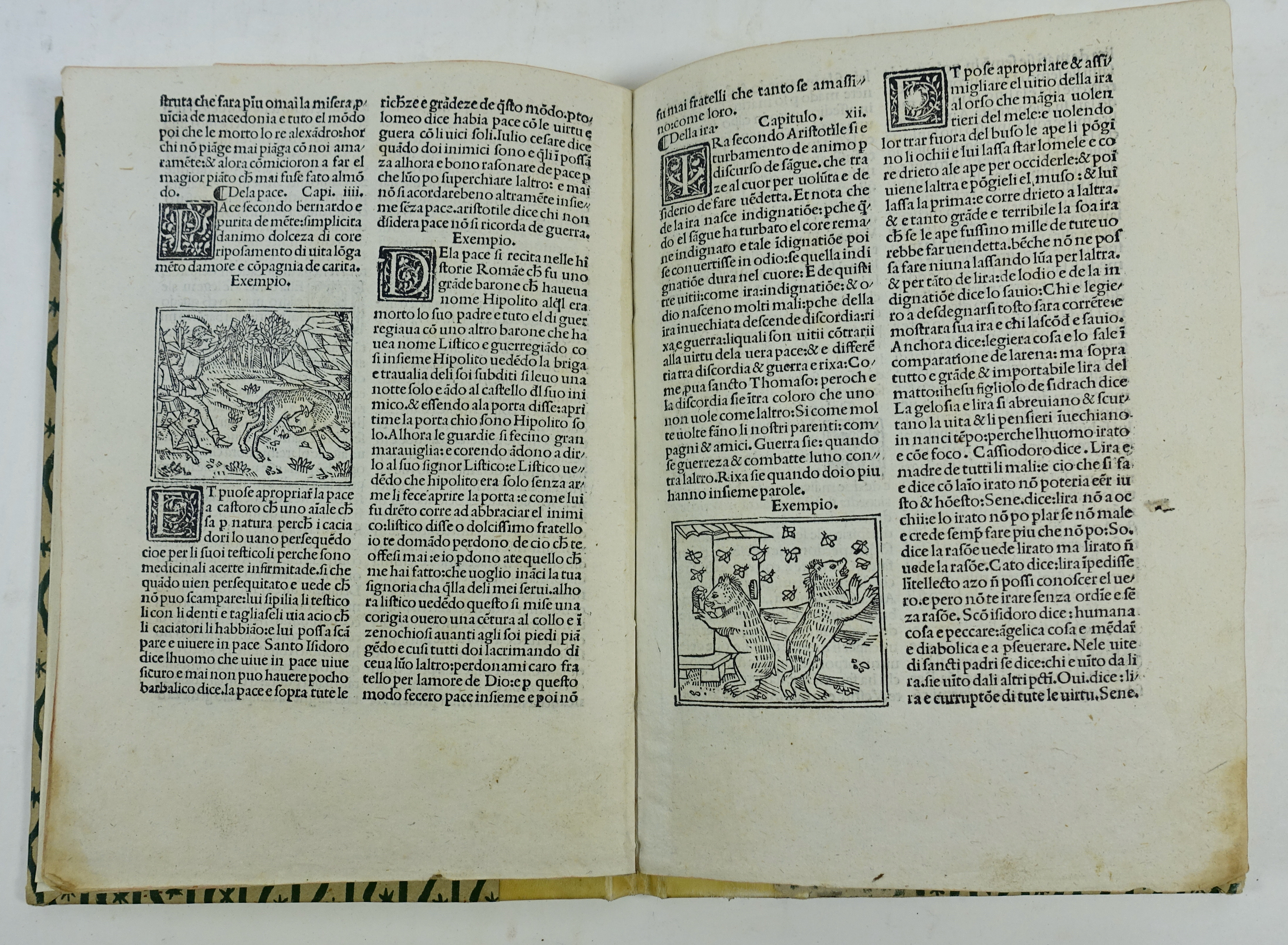 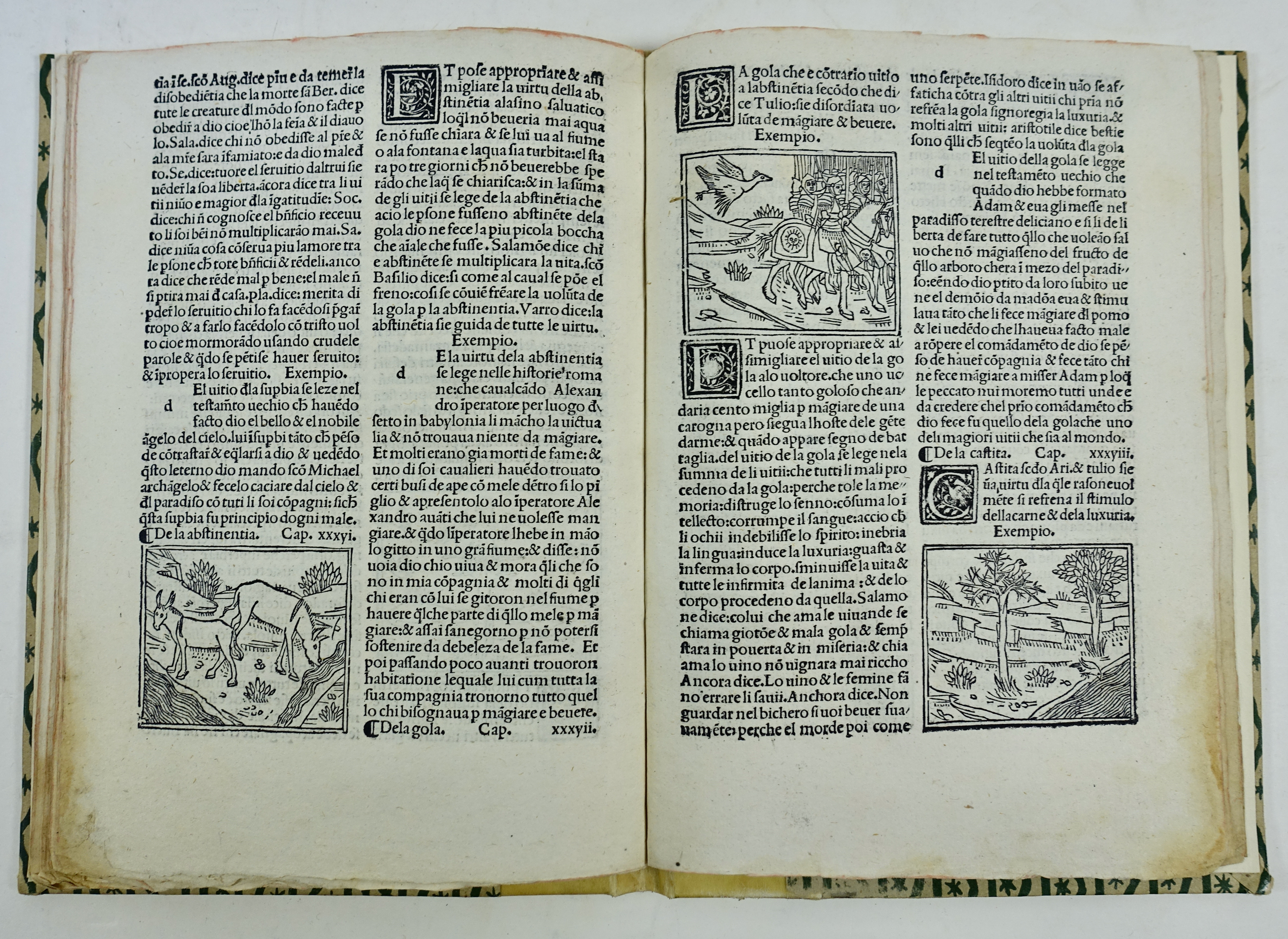 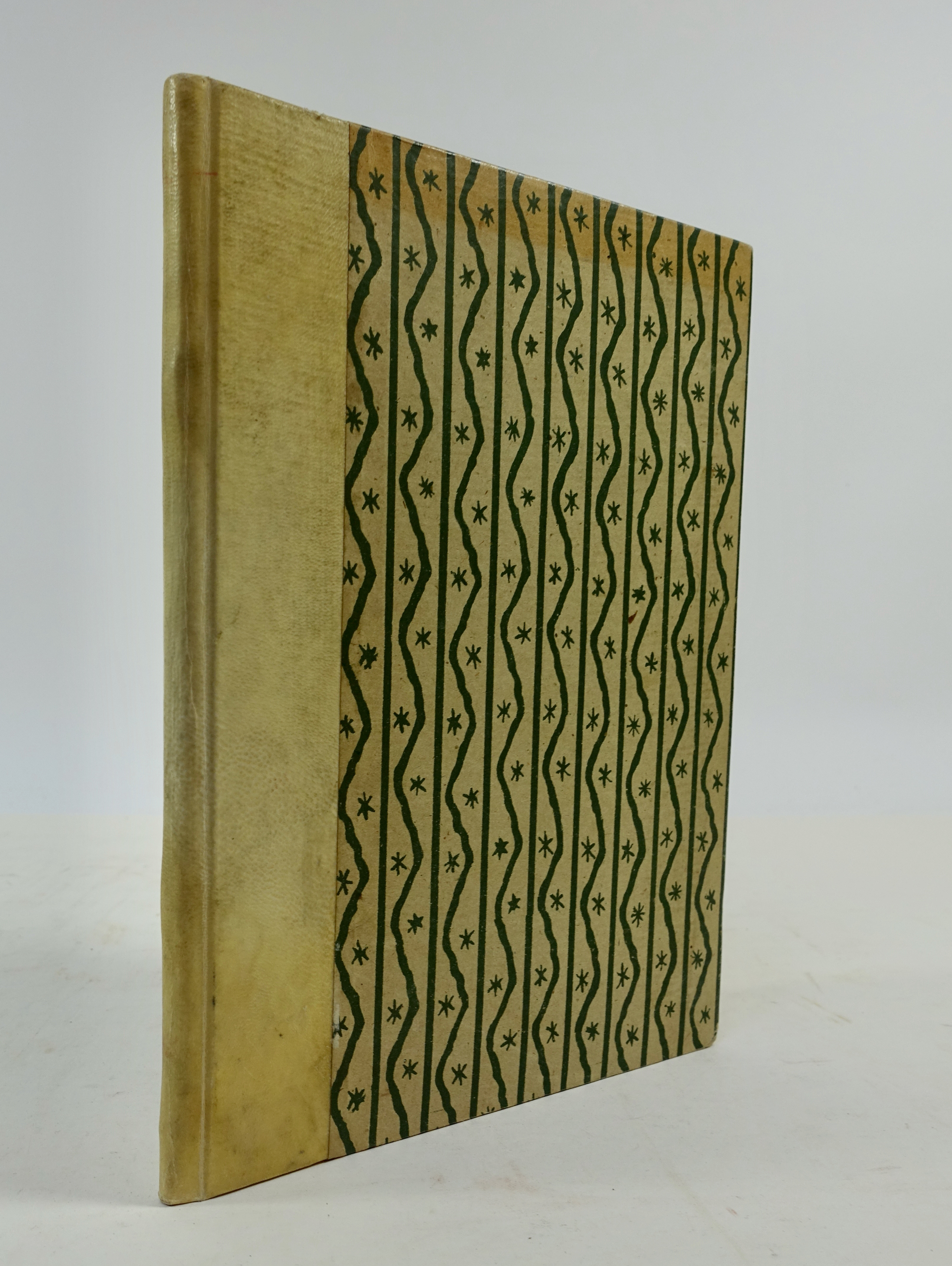 The Flower of Virtue is an anthology of moralizing content drawn up in the early fourteenth century by a certain friar Tommaso, who lived between the late thirteenth and early fourteenth century. The collection, of which well over one hundred manuscripts are known, had a great success and was re-proposed in more than thirty editions of the fifteenth century and translated, even several times, into numerous languages. Reprint of the edition of April 24th 1500. - Collation: a-c8, d4. GW 9937; Sander 2743; Hain 7116 (ed. April 24th); ISTC if00186300; Bod-Inc. F-058. GW mentions that there are five copies known. All of the early editions are extremely scarce and seldomly found in auction. Provenance: Fransiscus de Bastia (dated 1646).