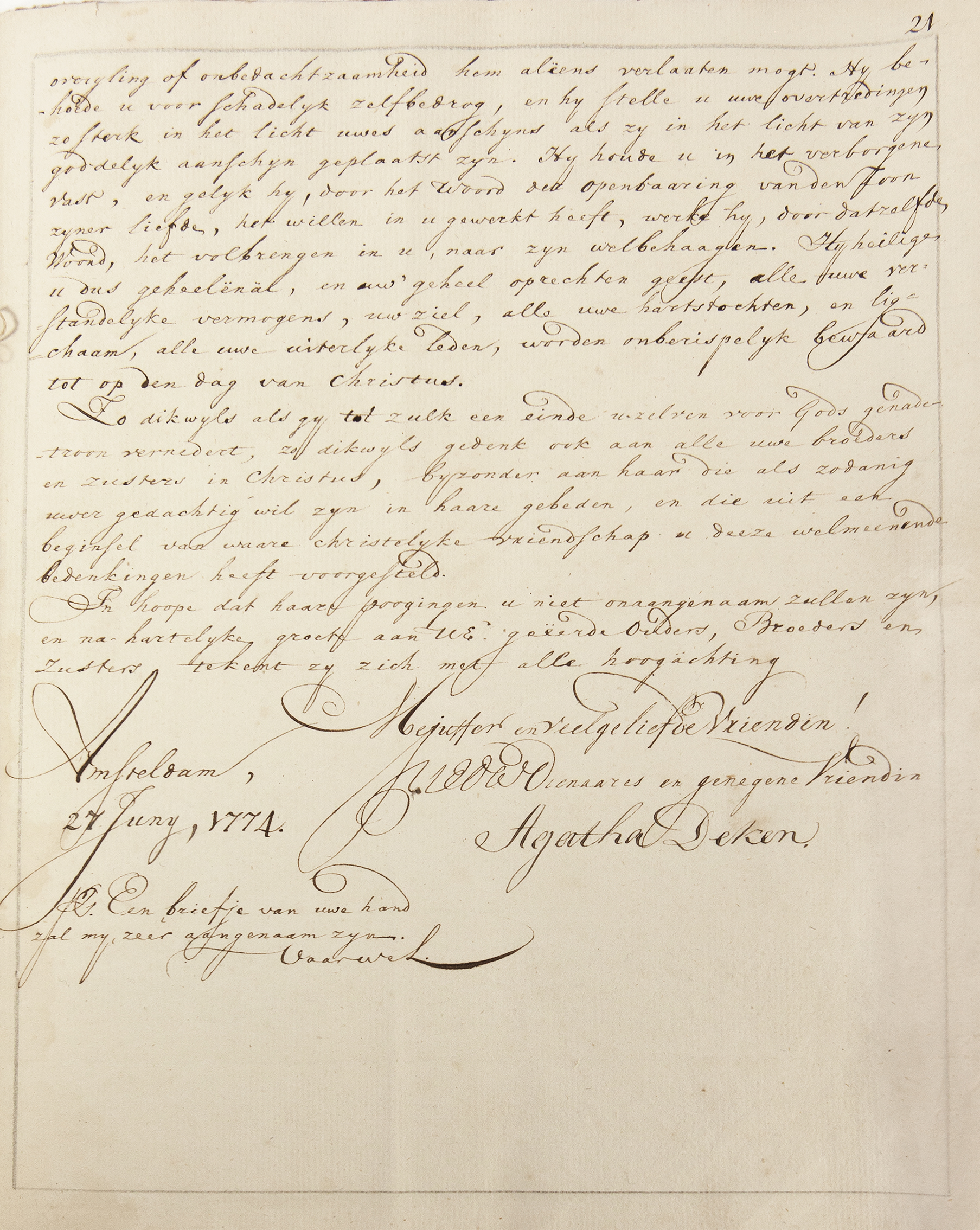 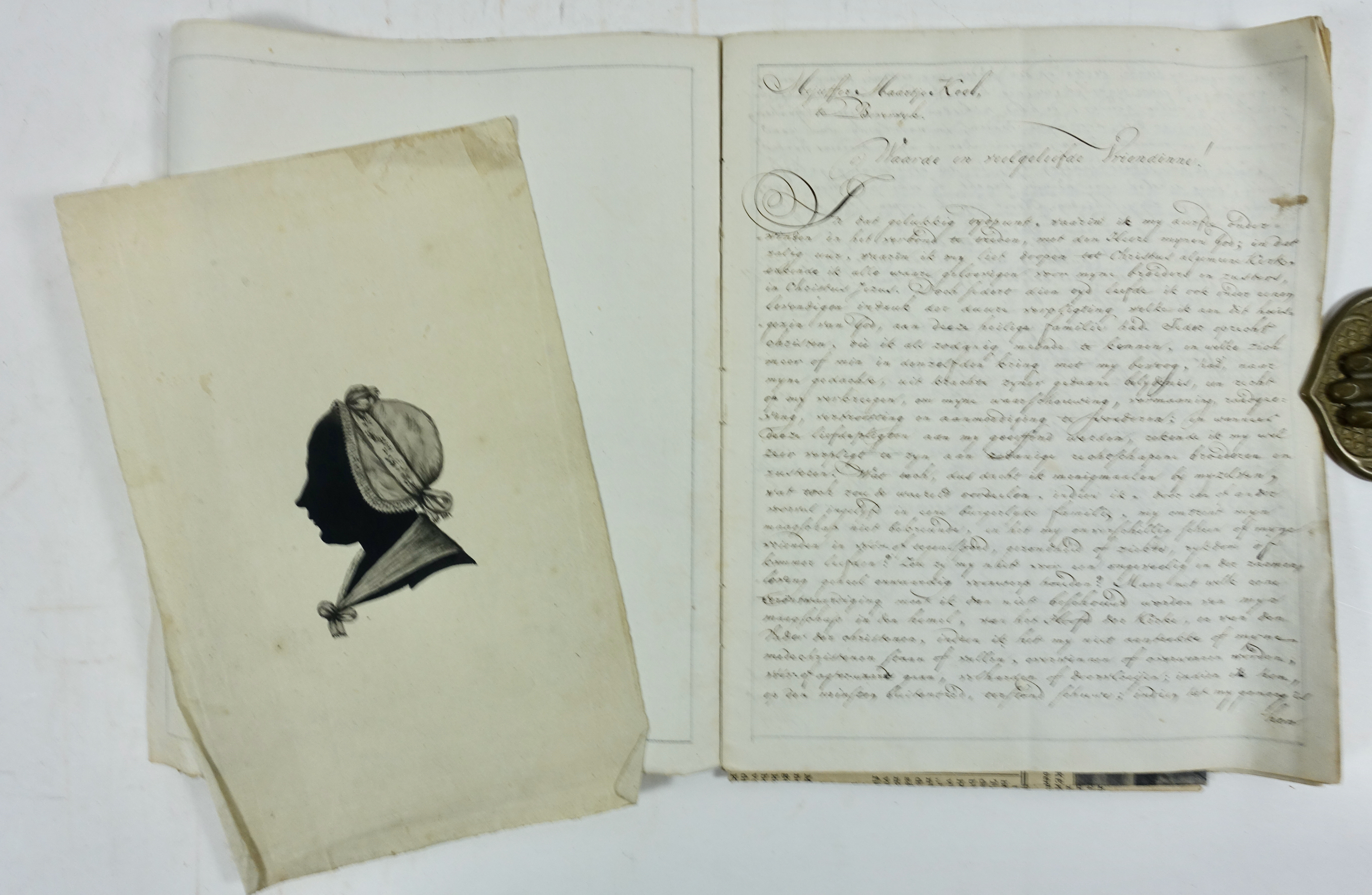 Maartje Agge Kool (1752-1805) was the daughter of Agge Kool (1714-1789) and Trijntje Jansd. Honig (1717-1781) who were friends of Bettje Wolff and Aagje Deken. She was a member of the Mennonite Church, as were Wolff and Deken, and this letter by Deken deals with Maartje's conversion to the Mennonite faith. Written in a legible hand.