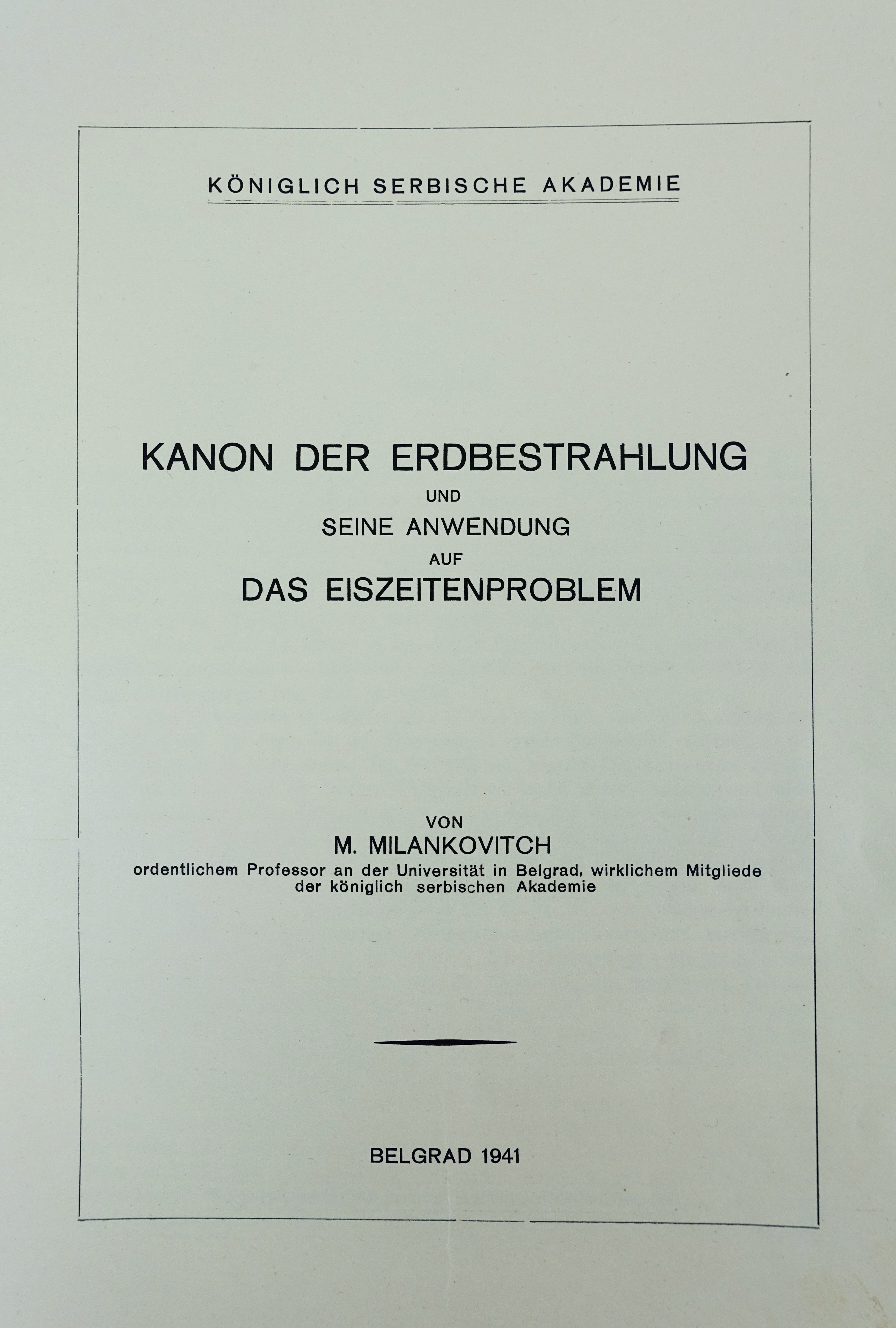 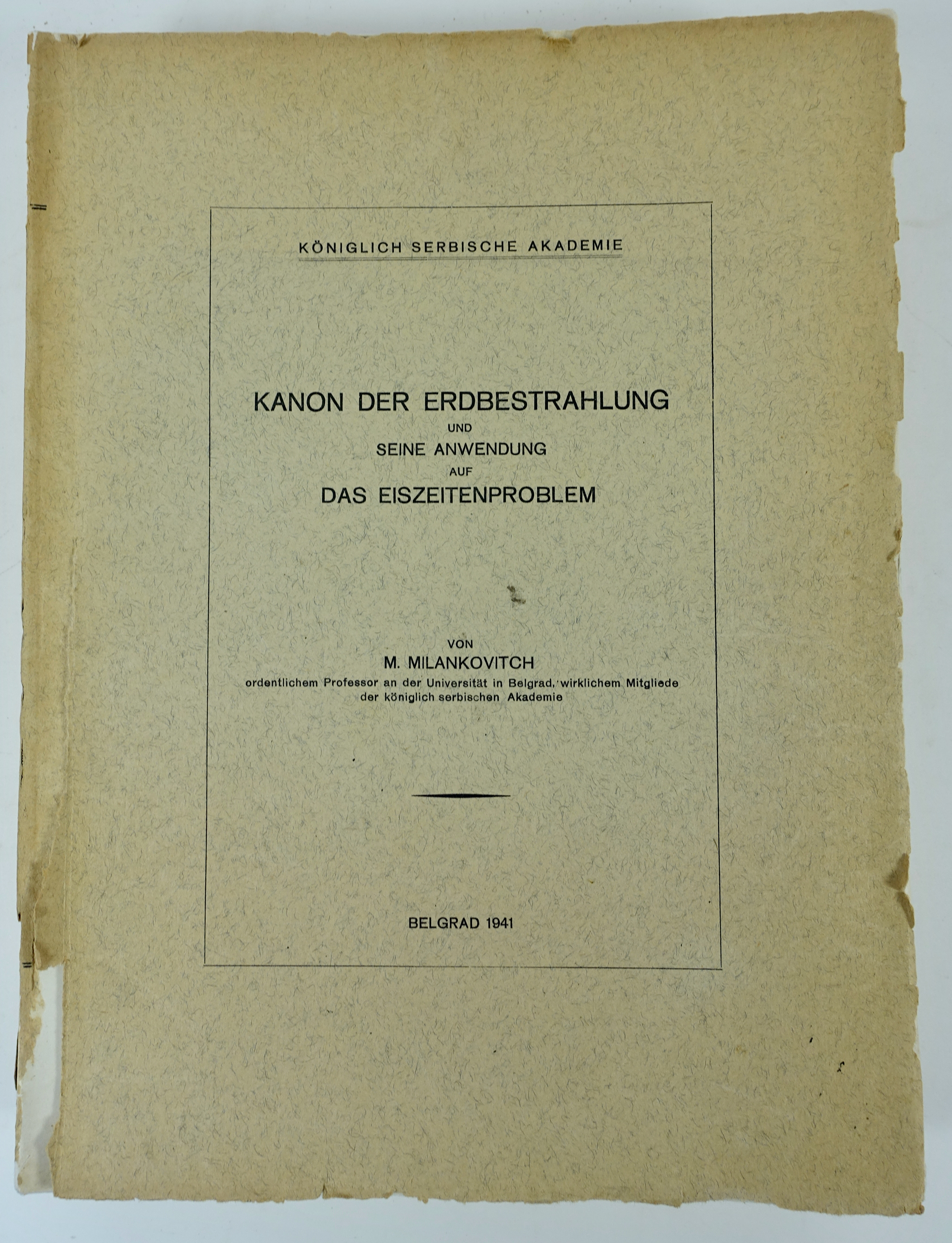 Milutin Milankovitch (1879-1958), Serbian mathematician, astronomer, climatologist, geophysicist, and civil engineer. He gave two fundamental contributions to global science. The first contribution is the 'Kanon der Erdbestrahlung', which characterizes the climates of all the planets of the Solar system. The second contribution is the explanation of Earth's long-term climate changes caused by changes in the position of the earth in comparison to the sun, now known as Milankovitch cycles. Milankovitch spent two years arranging and writing the 'Kanon'. The manuscript was submitted to print on 2 April 1941 – four days before the attack of Nazi Germany and its allies on the Kingdom of Yugoslavia. In the bombing of Belgrade on 6 April 1941, the printing house where his work was being printed was destroyed; however, almost all of the printed sheet paper remained undamaged in the printing warehouse, the pages 545-608 however were as a result printed on paper of a lesser quality. - First edition, scarce.