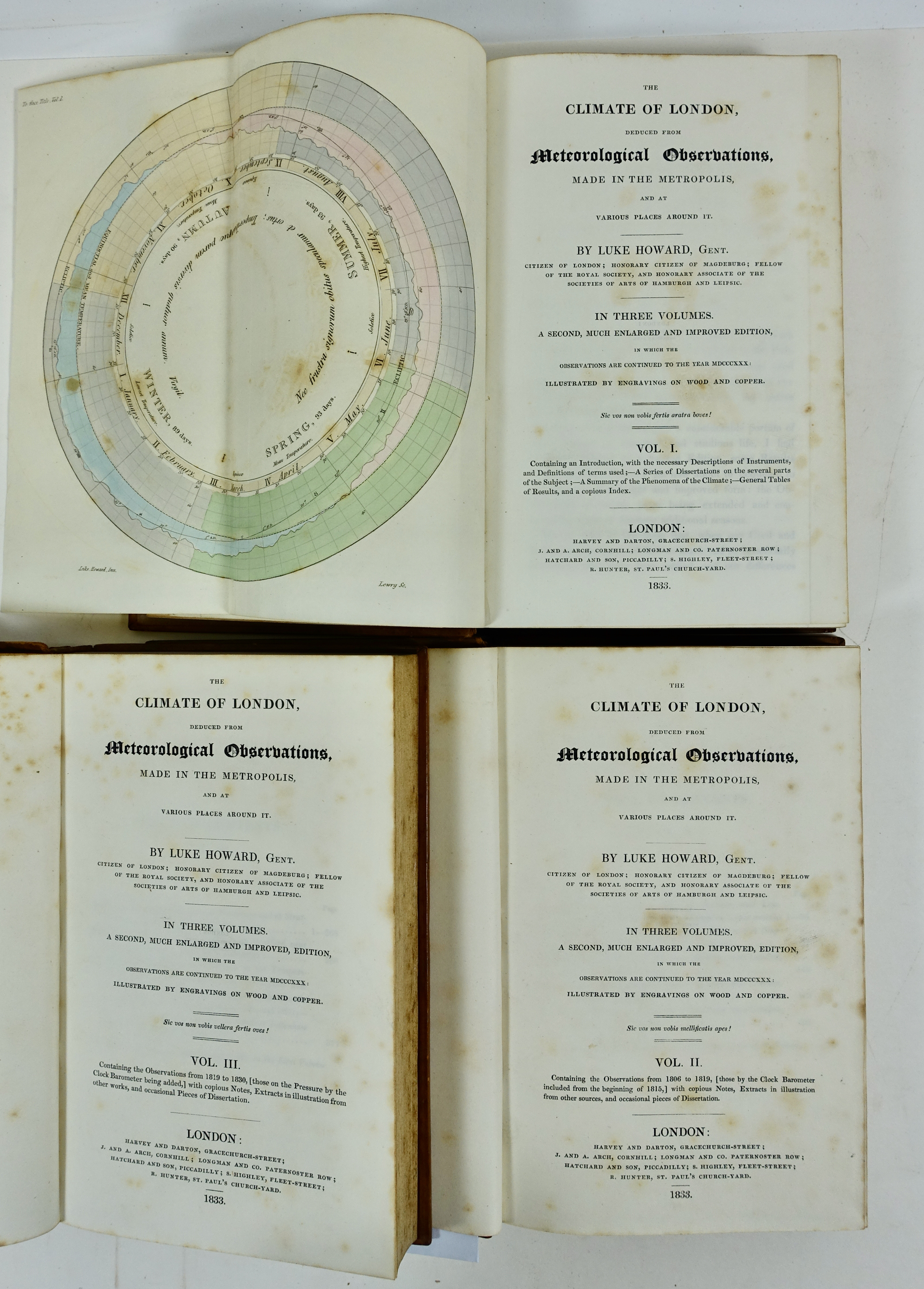 Luke Howard (1772-1864) published this work of statistics on weather conditions in London in two volumes, in 1818 and 1820, before issuing a much improved second edition in 1833. While he is best known for his work on clouds, he was also the first to recognise the effect that urban areas have on local climate.