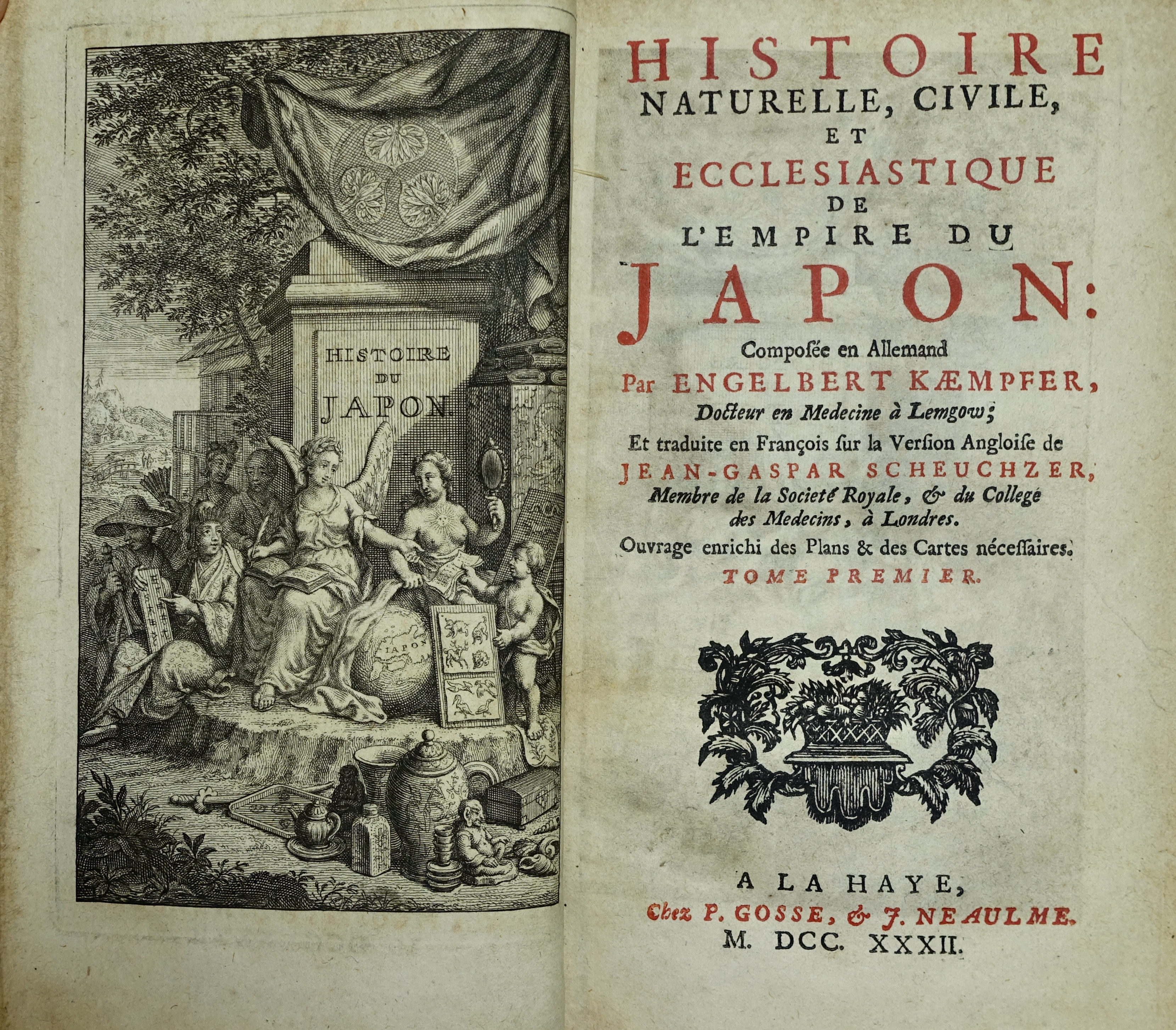 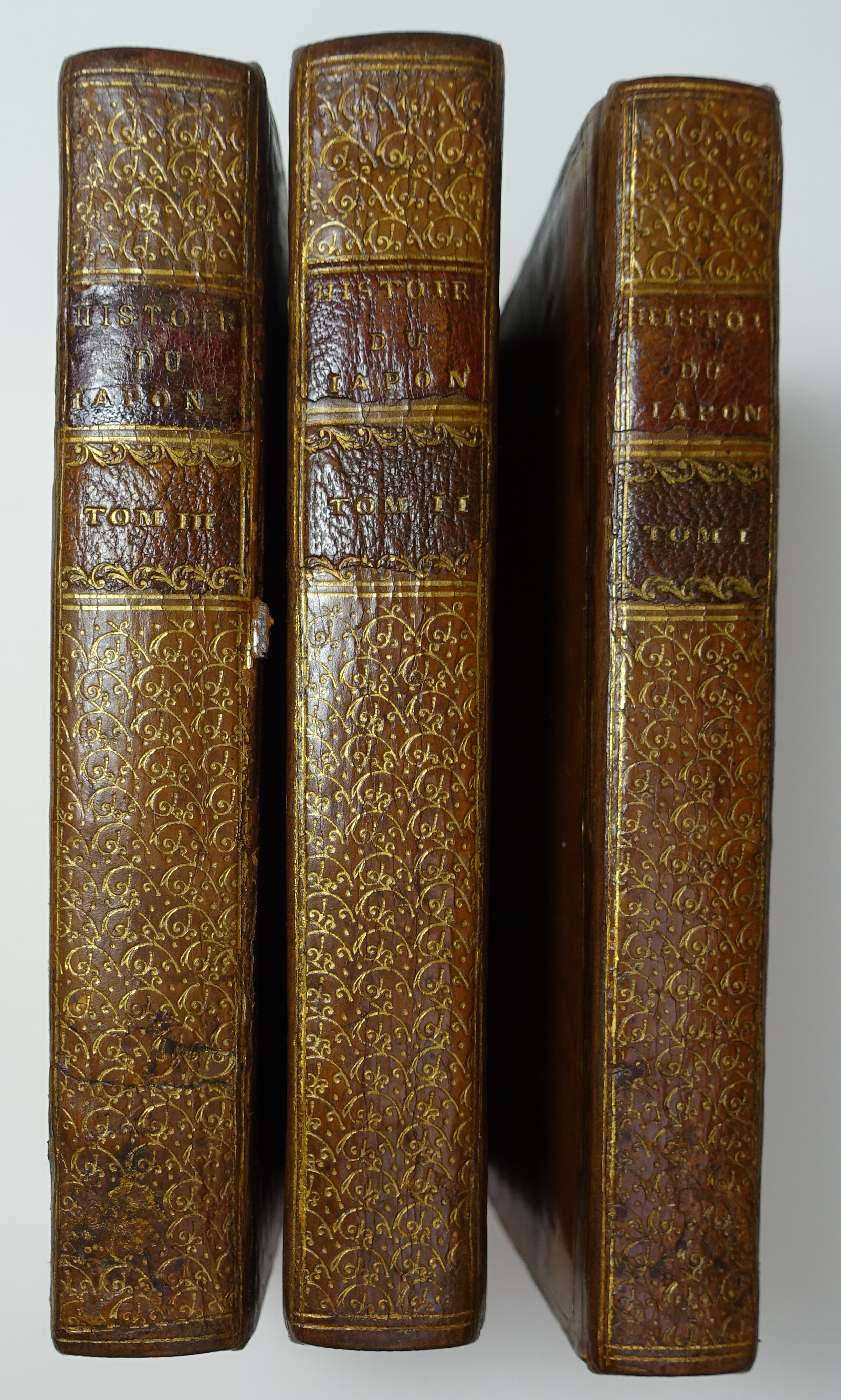 Engelbrecht Kämpfer (1651-1716), German traveller and physician, became secretary to the embassy which Charles XI. sent through Russia and Persia in 1683. In 1684 he arrived in Isfahan, then the Persian capital. In 1685 he joined the fleet of the Dutch East India Company (V.O.C.) in the Persian Gulf as chief surgeon. After seeing something of Arabia and India, he arrived in Batavia in 1689 where he studied Javanese natural history. In May 1690 he set out for Japan as physician to the embassy sent yearly to that country by the Dutch. He stayed two years in Japan and elicited much valuable information. At his death the unpublished mss. were purchased by Sir Hans Sloane, and conveyed to England. Among them was his History of Japan, translated from the ms. by J.G. Scheuchzer and published at London in 1727. The original German version has never been published. - First French edition appeared in 1729, this is the second 12°-edition (first 1731). - Cordier 417; Landwehr, VOC, 533 (ed. H. Uytwerf).