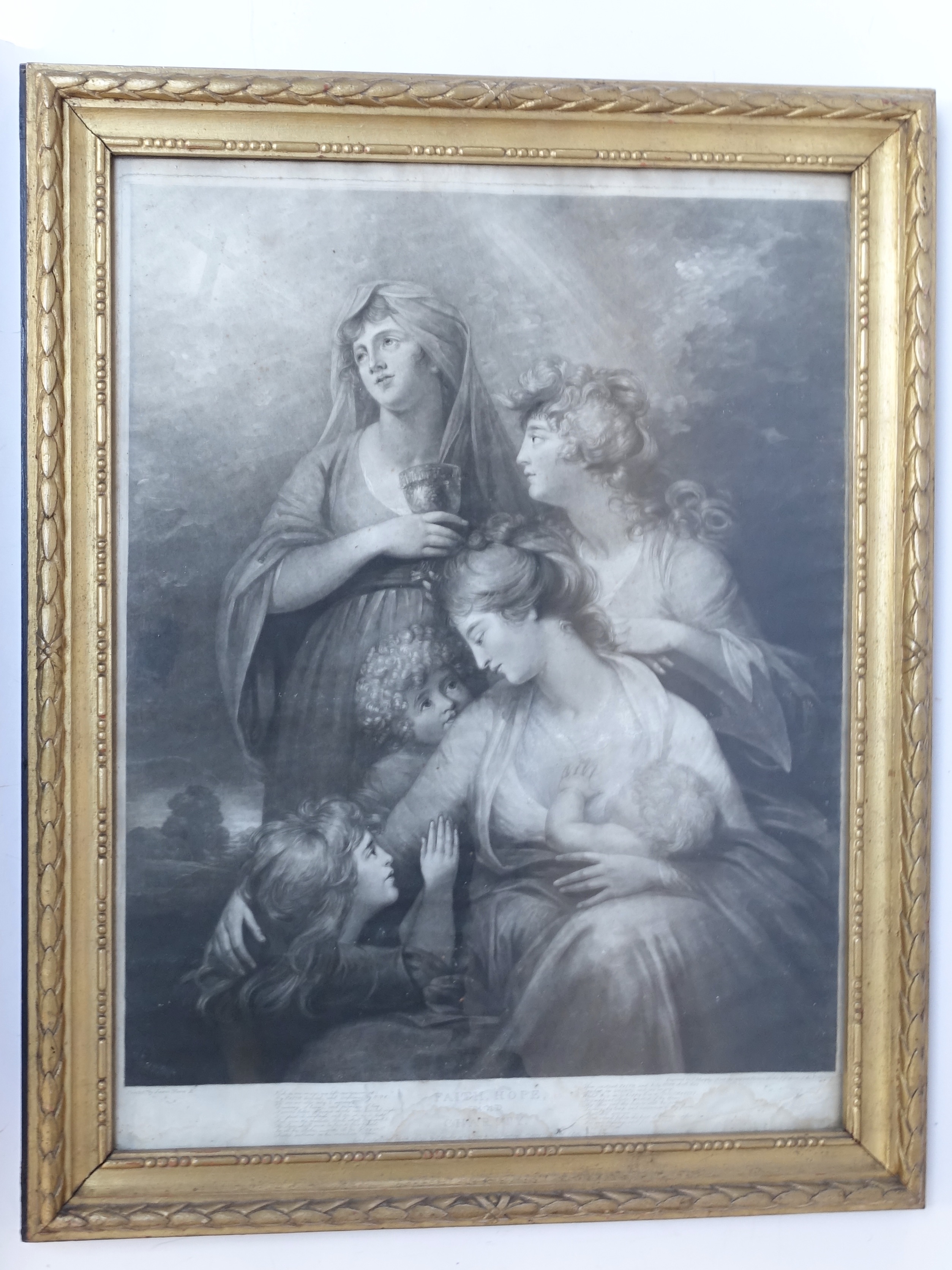 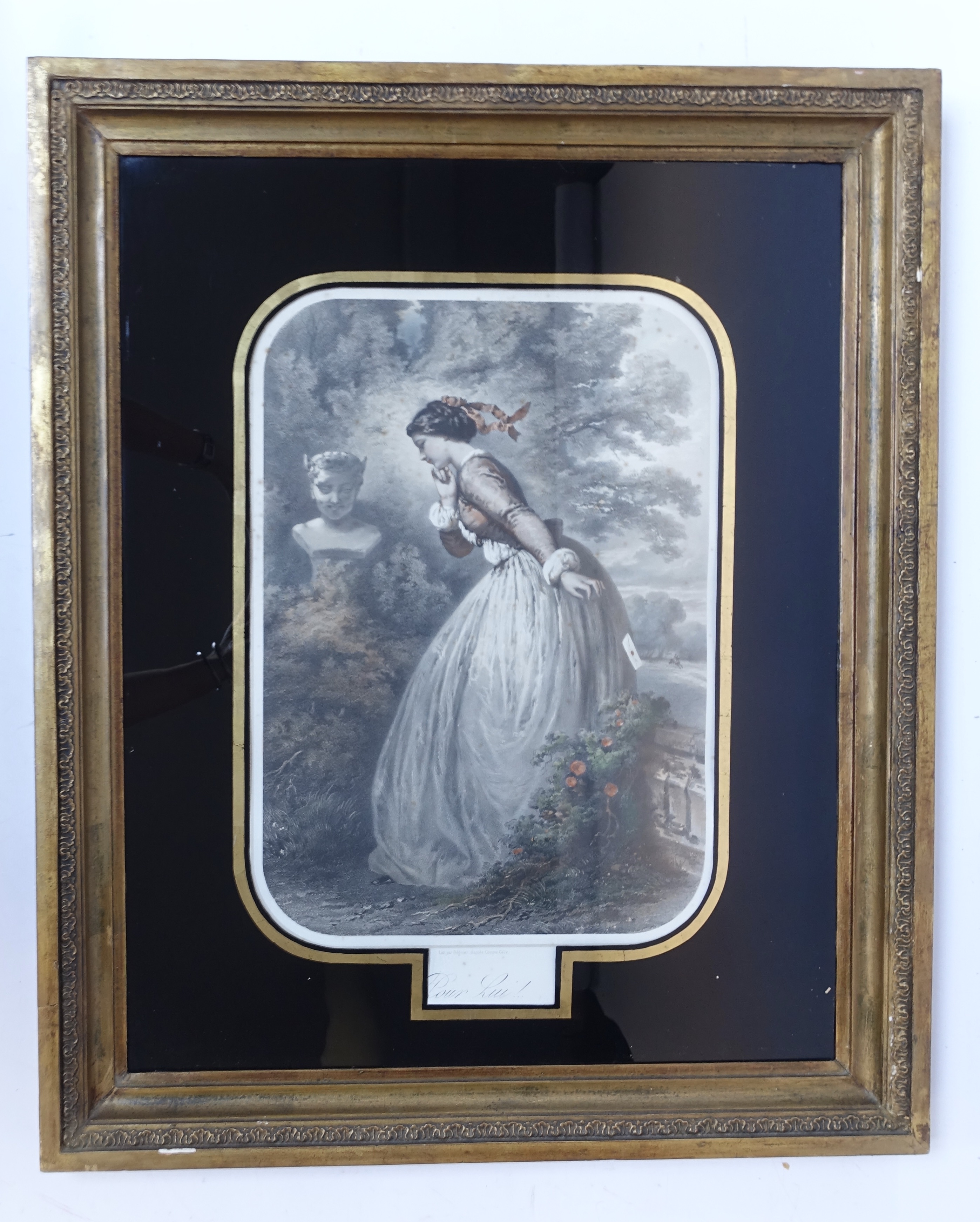 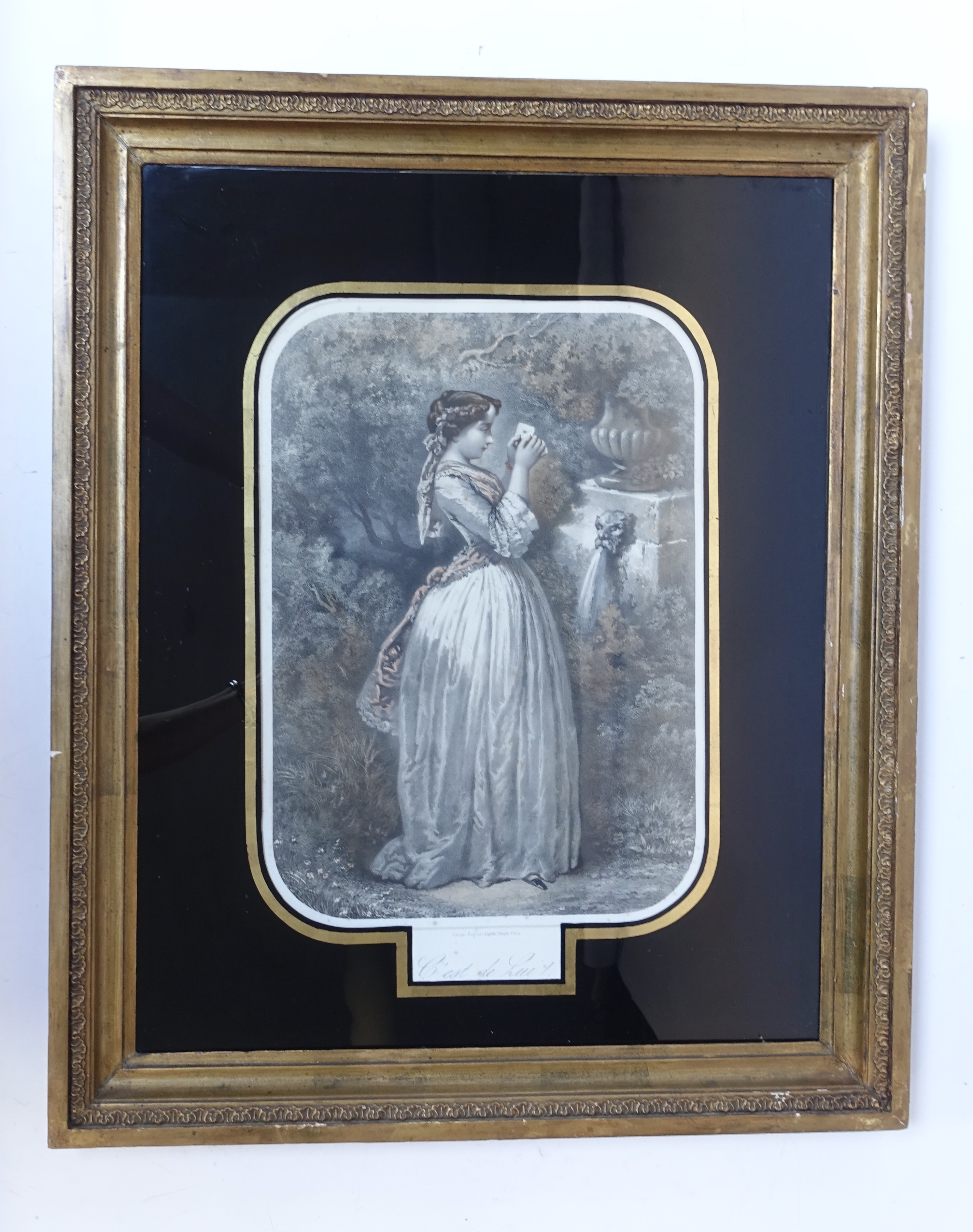 Ad 1: Three allegorical female figures; charity in the centre with an infant at her breast and two others at her side. Hope standing behind her to right, one arm on her shoulder and looking to left, holding a chalice and looking up. Rare, 1 copy found in British Museum. -- Ad 2: Victiorian style lithographs of women in love after François-Claudius Compte-Calix, a French painter of genre subjects and portraits, born at Lyons in 1813. He studied in the fine art school of his native city, and in the studio of J.C. Bonnefond, and first exhibited at the Paris Salon in 1840. He died at Chazay d'Azergues near Lyons in 1880.