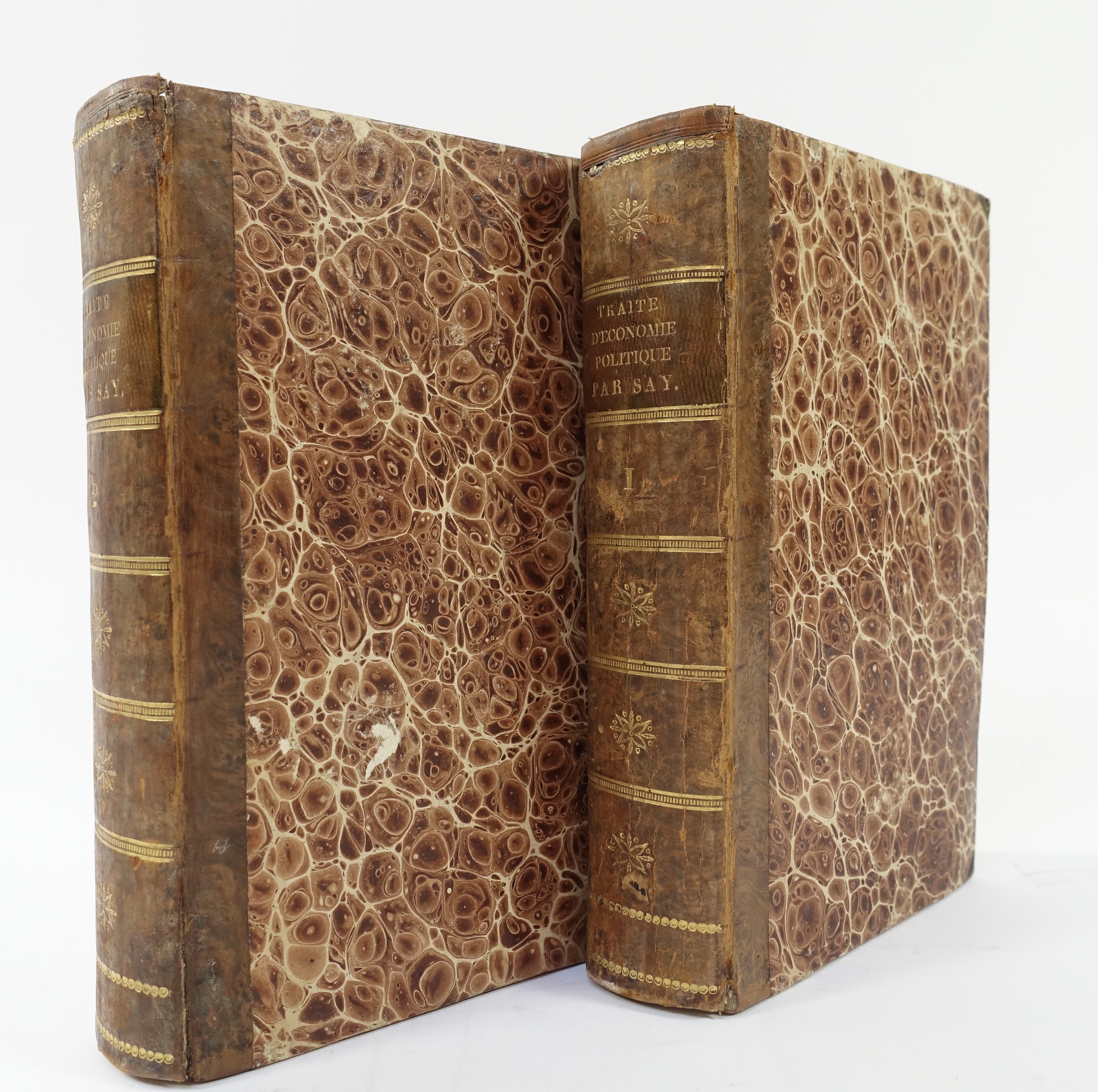 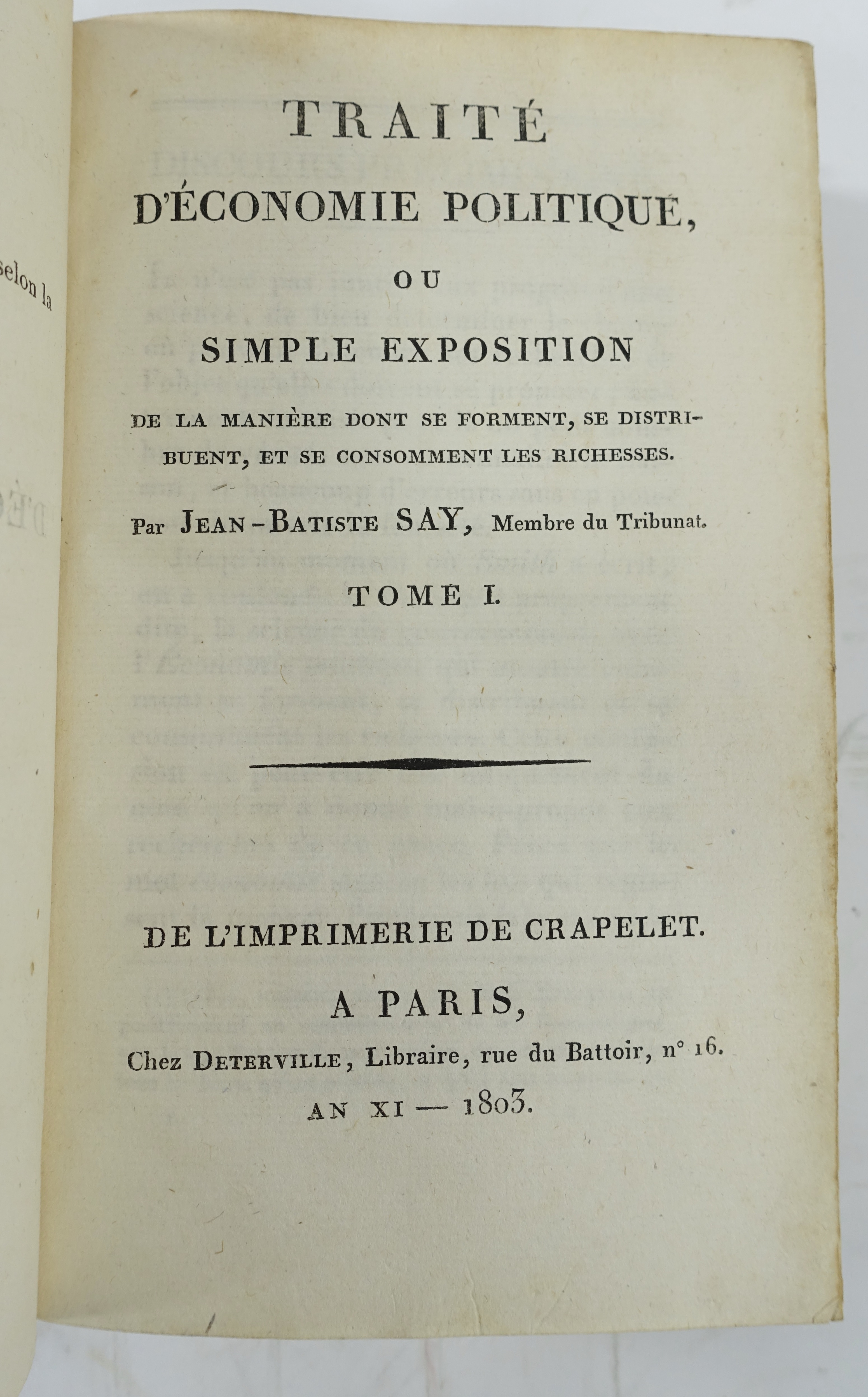 Scarce first edition of Say's main work. It was the first really popular treatise on political economy ever published in France. The book is organized in three parts, taking up the now classic triptych in economics: production, distribution and consumption of wealth. Say defends a policy of economic liberalism in the tradition of the French classic school which prefigures the marginalist revolution and the Austrian school of economics. - Kress, B. 4729.