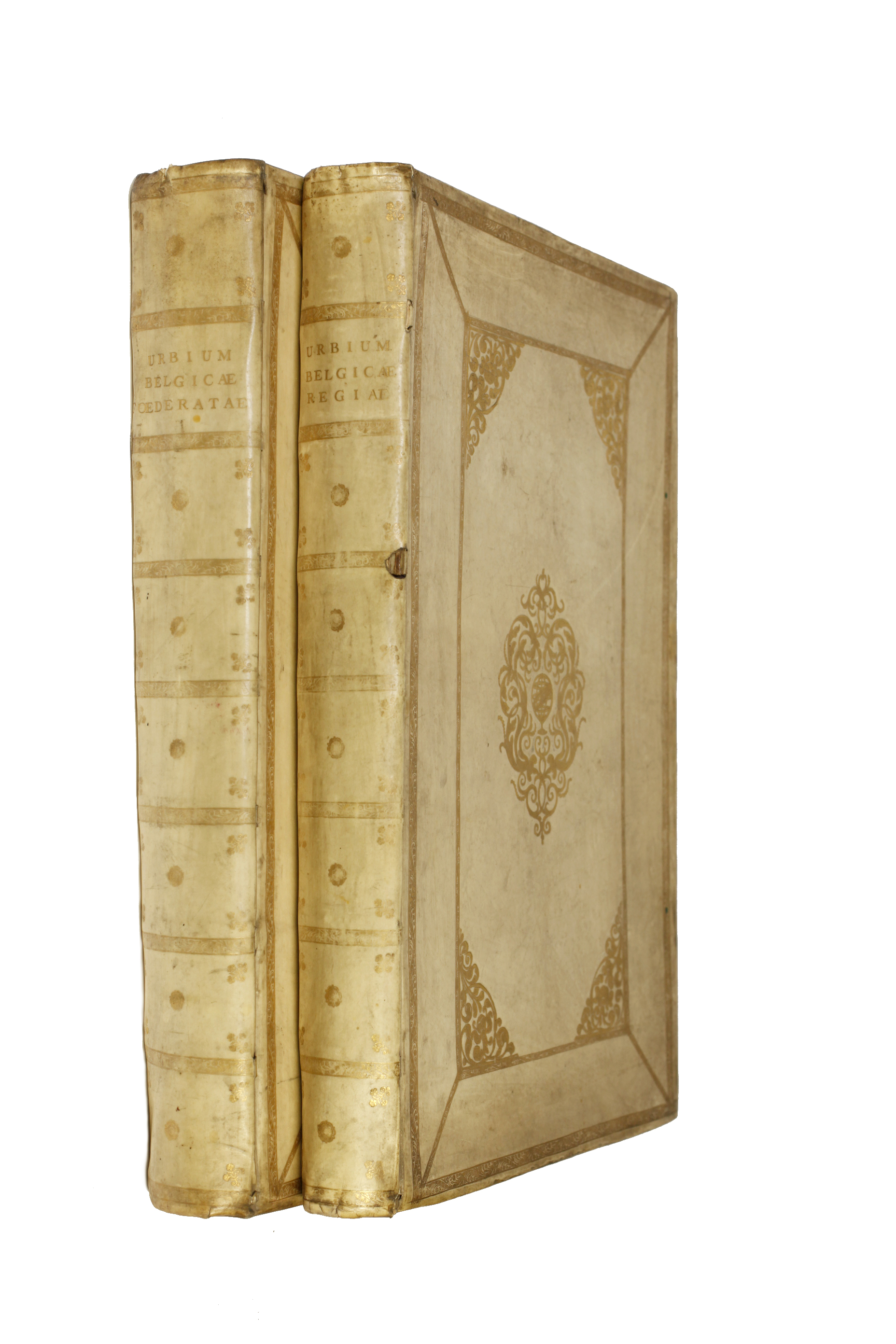 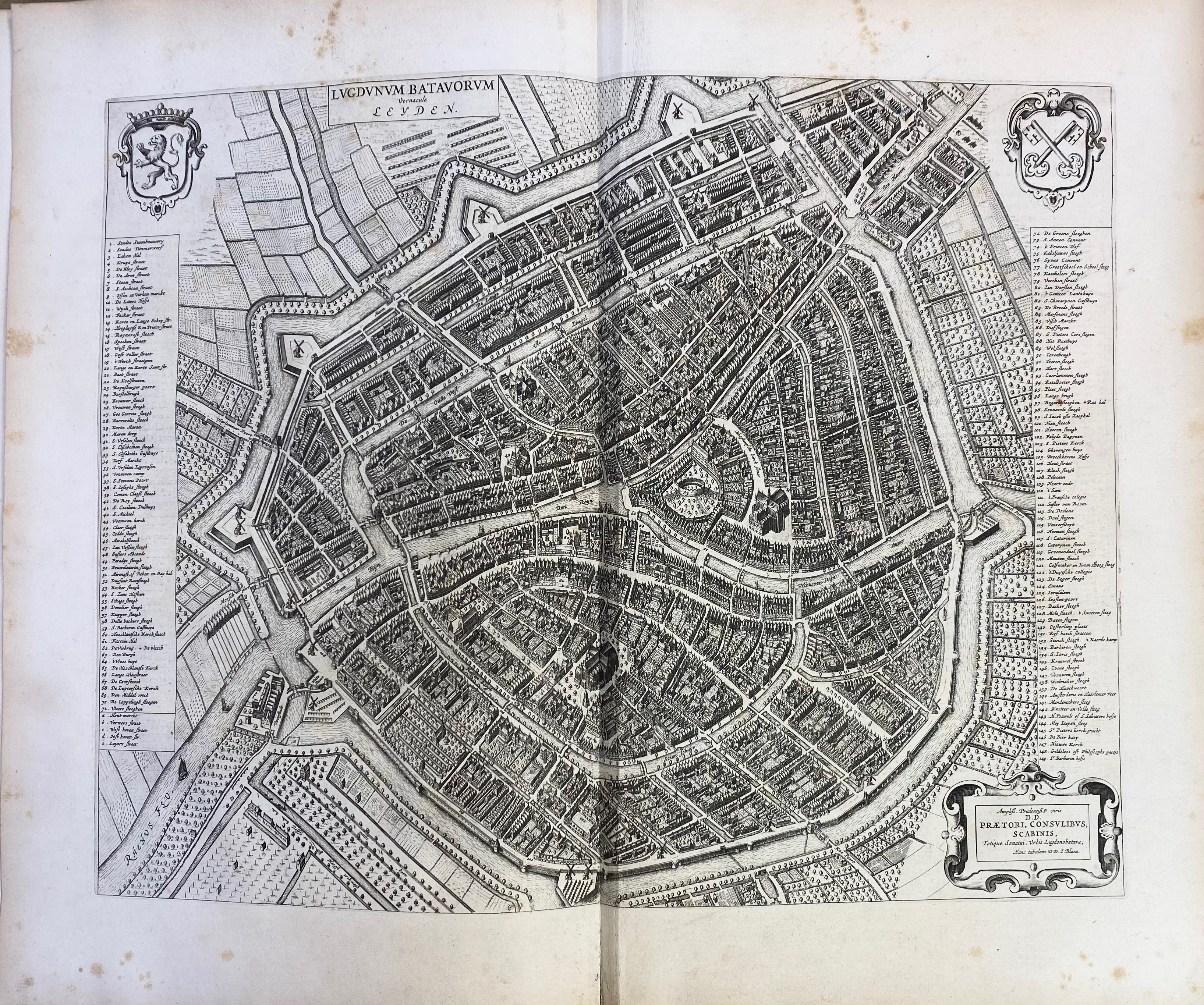 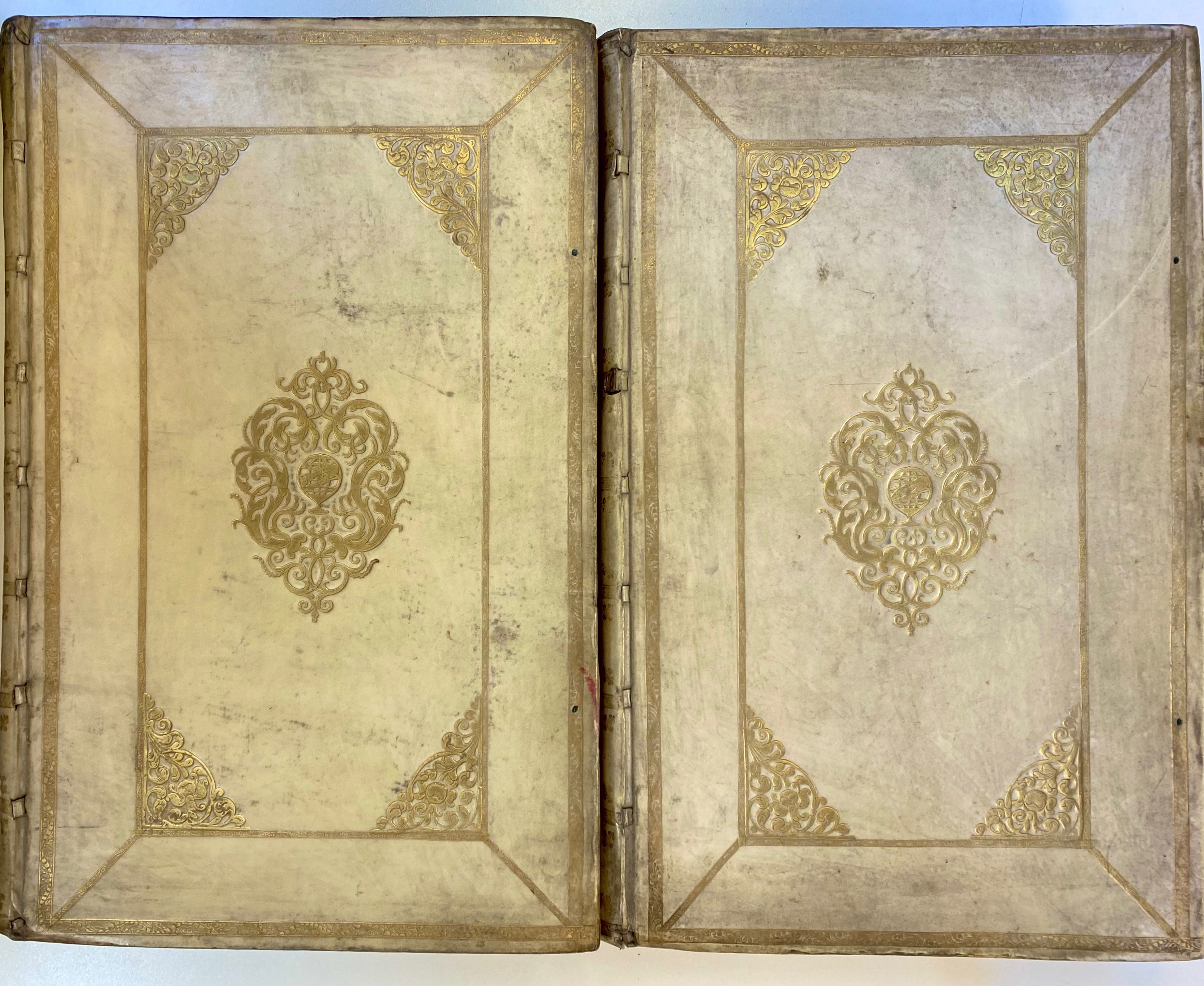 A well-preserved and complete copy of this fine atlas. One volume covers the towns in the newly independent Dutch Republic (Foederate) and the other those towns still under Spanish royal control (Regiae). The disposition of the maps between the first, second and third editions reflected shifting political realities. The present copy is the third edition, which was published roughly contemporaneously with the first edition in Dutch. "Of all the Blaeu atlases, the town atlases of the Netherlands are held in the highest esteem in the Netherlands ... Bound up, by sentiment, with the most dramatic and heroic period of the shaping of the Dutch state, [they] show the proud and industrious cities of the North in their full splendor" (van der Krogt). The text and plates follow the description given by Van der Krogt 43:113.1-2.