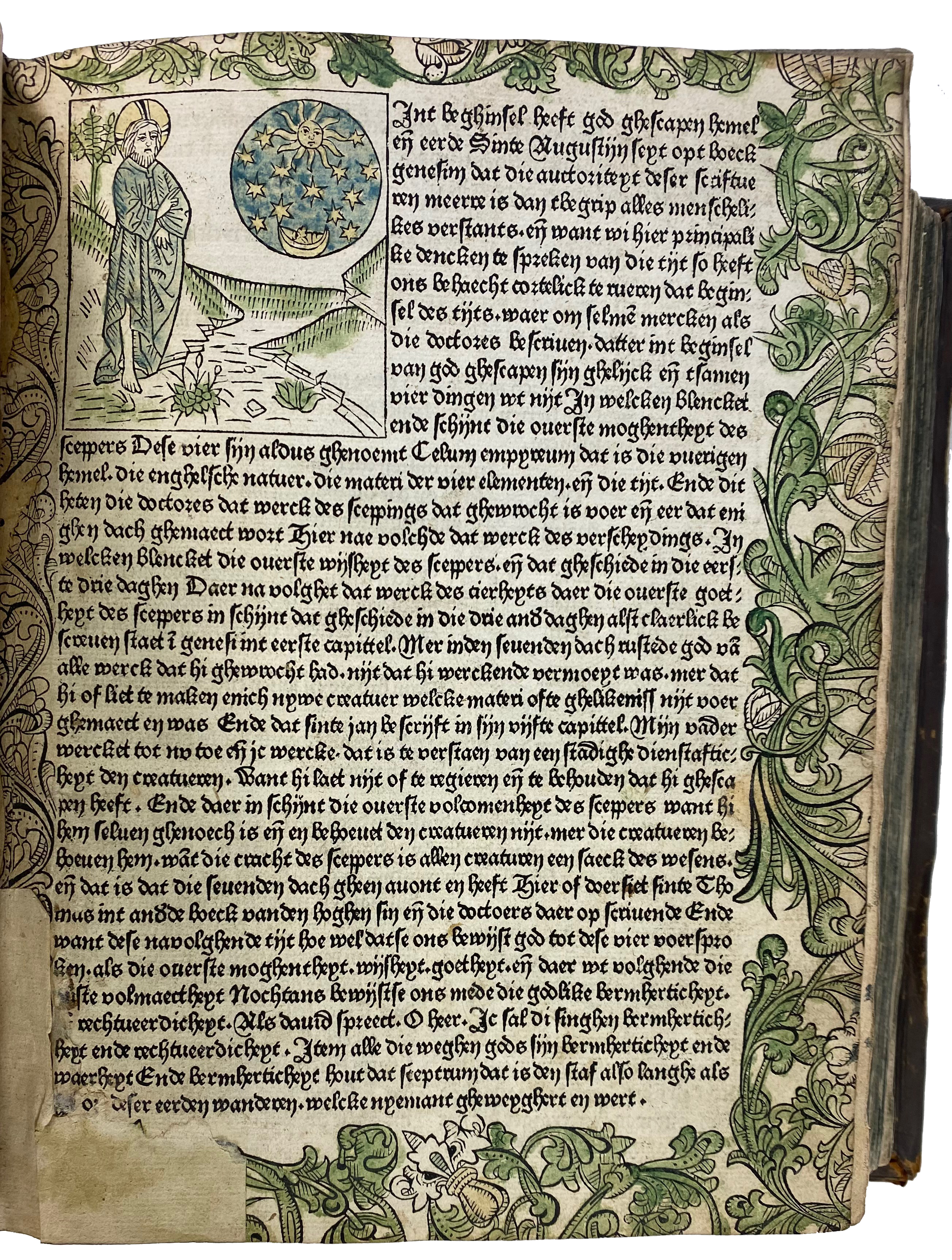 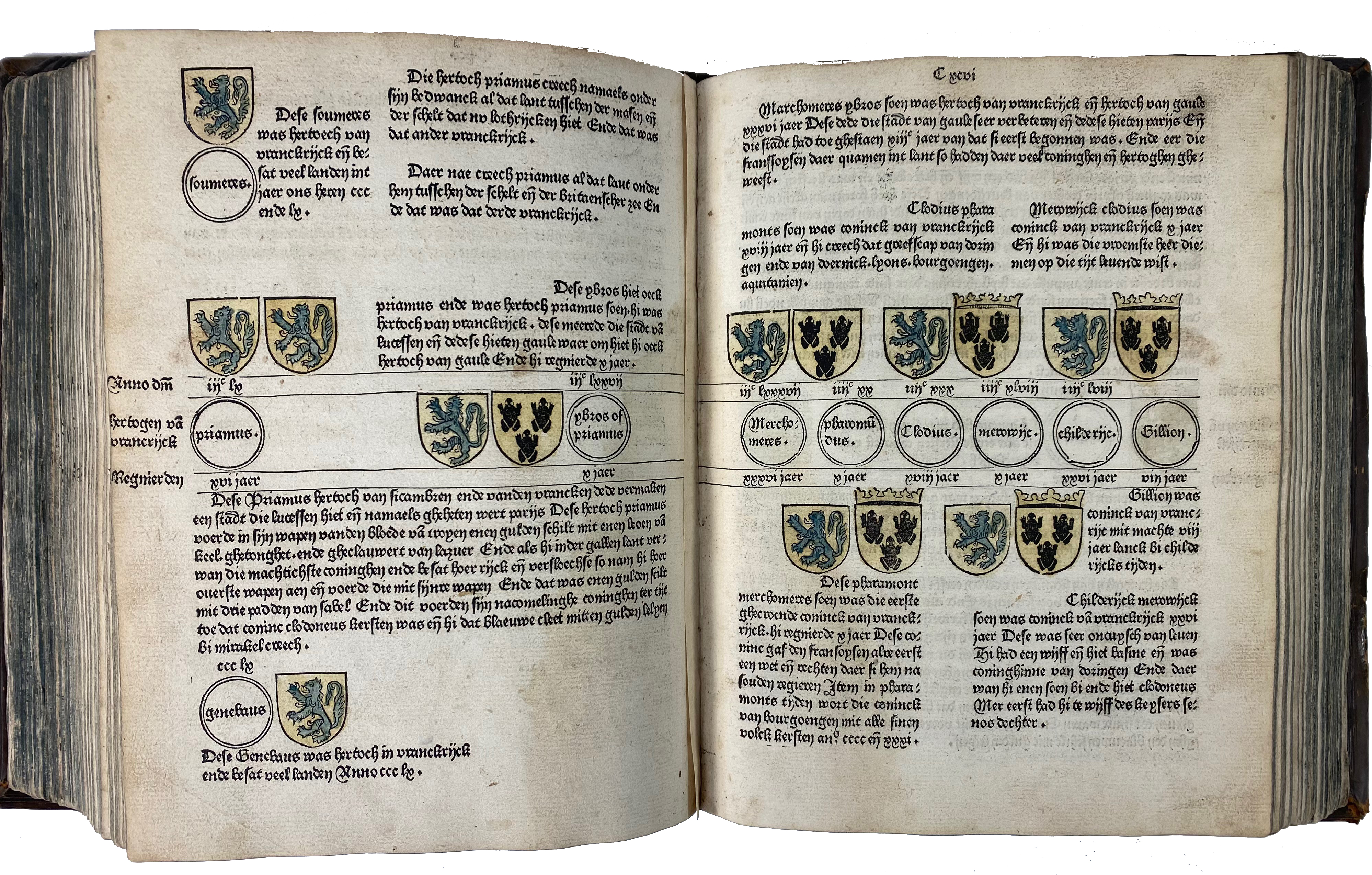 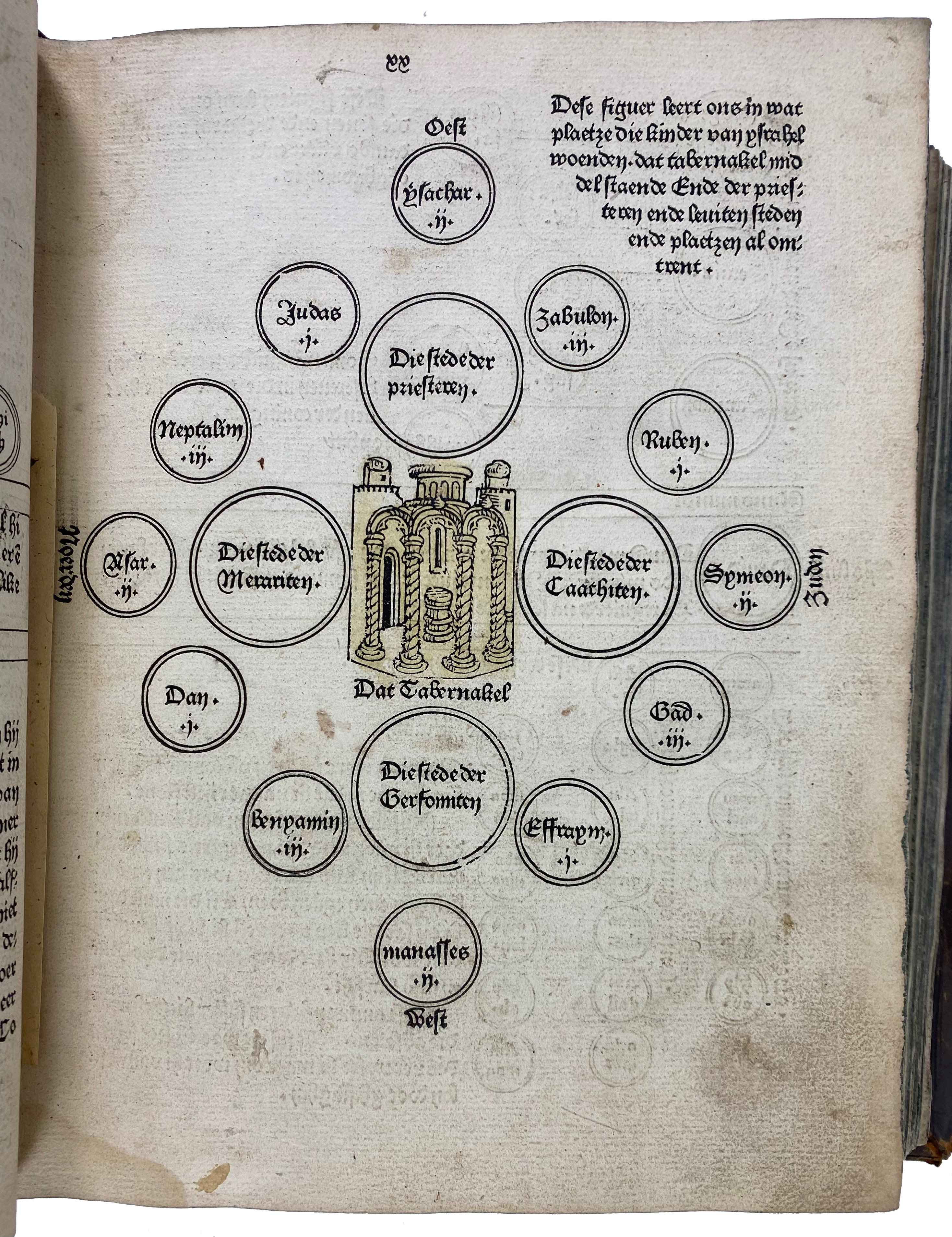 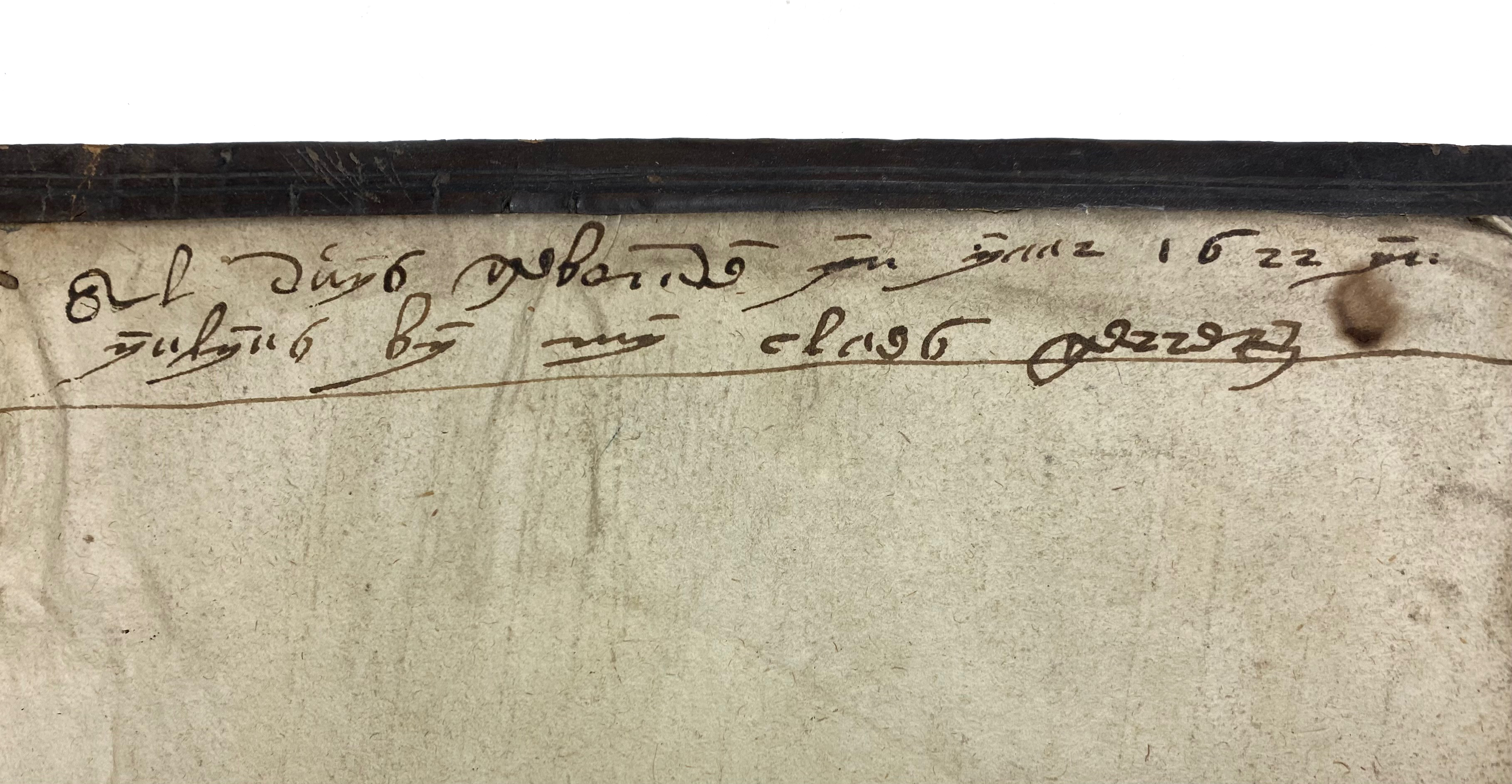 First and only Dutch translation of the "Fasciculus" by the Cologne Carthusian Rolevinck (c. 1425-1502), one of the most important world chronicles of the 15th century. The first Latin edition appeared in Cologne in 1474. This version was adapted to the Low Countries and contains textual additions relating to the history of the dioceses of Utrecht, Brabant, Holland and Zeeland and was also augmented with an extensive Chronicle of the Kings of France and England. The work is illustrated with numerous woodcuts, from the blocks used in Veldener's 1475 Louvain editions, but with the addition of 12 new ones, and of a set of coat of arms used only in the supplementary chronicles. Binder's note on lower endpaper: "Al duys gebonden(n) in(t) jaar 1622 by my claes gerretsz". - Goff R-278; Polain 3379; GW M38760; Hain-Copinger 6946; Campbell 1479; Holtrop 51 (p. 20).